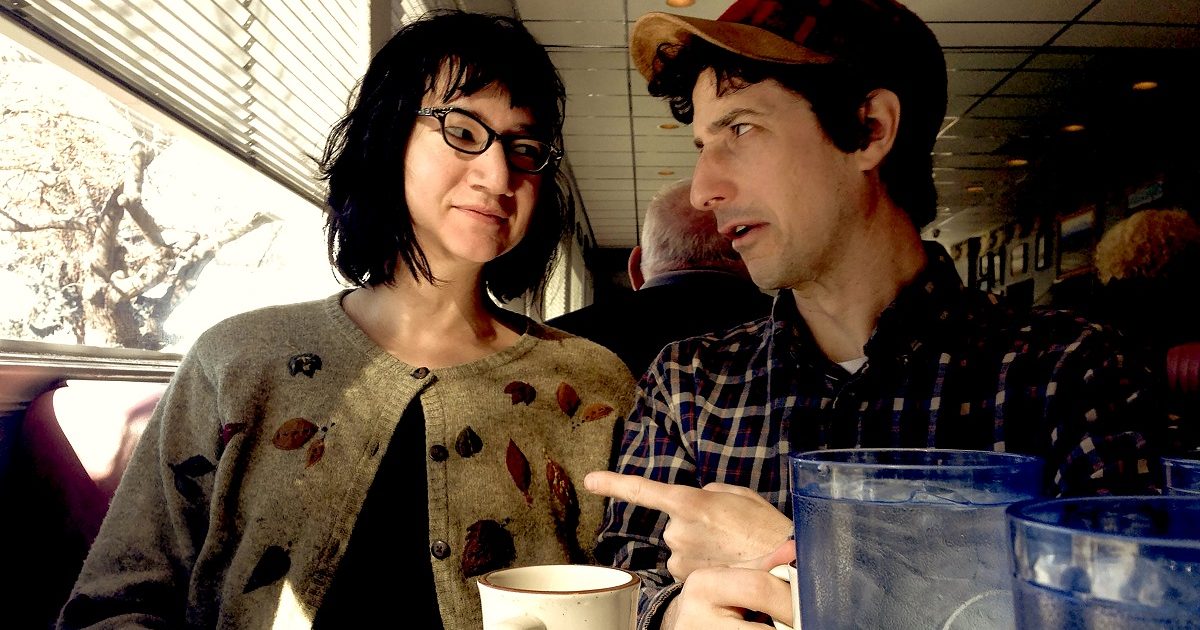 Kermit the Frog. His work on John Denver’s A Christmas Together is a revelation. His vocal work is strong yet understated. Listening to the record you would likely not realize that it is actually a frog singing! Amazing.

A real gem of a stage memory was when we were planning a West Coast tour and we booked ourselves at a bar that advertised having a weekly burlesque and variety show. We had never been there before, but the location worked well for our travel plans. When the evening’s entertainment began and the audience of mostly loud, swarthy, dudes showed up we realized that it was not the artistic showcase we had in mind. It was a titty bar. After a few gals performed their acts we got on stage to play our first song. Charmaine started flatfoot dancing in her cute dress to my banjo playing. The audience was silent. The dudes’ eyes were locked on Charmaine while she danced with aplomb to my zippy clawhammer banjo playing. We played the piece, and Charmaine did not remove any clothing. When we ended, the audience remained quiet; like maybe they were waiting for the chance of a surprise happy-ending wardrobe “malfunction” or something. I thought in that brief moment that I would be grabbed from the stage and given a whooping. But the audience erupted in applause. Turns out they loved it, and they were grateful for the variety we brought to the evening’s entertainment. We were the cold shower that feels kinda good between all the hot stuff.

I was in first grade at recess and pretending to sing very flamboyant rock ‘n’ roll. It was no song in particular. I was making up words as I went along, and I have no recollection of those words. I was strutting, spinning, dancing and swaying with an imaginary microphone in my hand. I remember climbing to the top of the monkey bar/ladder thingy. It was the highest part of the playground structure. I looked up at the sky singing, and I looked down below singing. I remember most of the kids were playing and oblivious to what I was doing, but a couple of kids were watching me and were like, “Yeah, man!” I guess you could say I peaked early, but oh well. I’m still trying to recapture that magic.

During the pandemic we decided to have a weekly half-hour children’s show available on Patreon.com. Every week we had a new theme and new songs. It didn’t take long for this to become an oppressive task. But I managed to write many songs including ones about sports, T-Rex, migration, mashed potatoes, Pam the Lamb and how to make pumpkin dumplings.