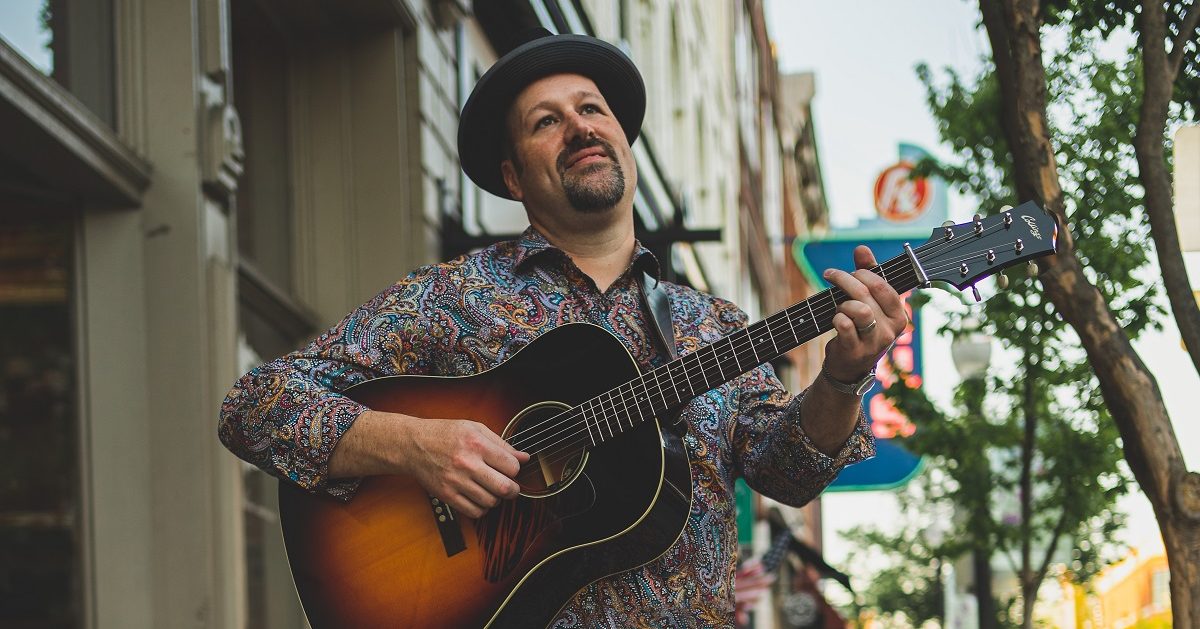 2006 was my first trip to Telluride with the Sam Bush Band. It was all “larger than life” from the ride in, to the amazing town, to the incredible lineup, to the unbelievable stage/sound/light crew. I remember walking out on stage (which is quite tall), getting set up, then looking out at the mountains just as the sun was setting. It was so breathtaking and surreal that I didn’t even notice the audience for at least three or four songs. Telluride is a special place and Planet Bluegrass makes it even better!

I was interested in shooting some interview videos for our record label so I purchased my first DSLR, learned about photography exposure, lighting, etc. and began my journey as a videographer. I really enjoy street, landscape, and architectural photography while I’m out on tour as a method to practice, and it makes for nice memories when I’m home. Our videography has grown to include music videos which I direct, shoot, and edit. There’s so much similarity between video light/color and audio frequencies/instruments, I feel like my visual understanding has informed my audio engineering and overall musicality.

My pal Thayer Washer (a Nashville musician who toured with Connie & Babe and the Backwoods Boys in his younger years) wanted to take me bass fishing as a thank you for working on a project for him. Little did I know it would remain a fun, calming hobby, pushed forward with the addition of a jon boat and trolling motor. When I fish, I don’t think about ANYTHING other than where to cast, which lure, what rod technique to use, and where they might be. It is a necessary brain cleanse. I’m a workaholic and I often feel guilty for taking a few hours to go, but feel so much better when I do.

My two favorite singers are Frank Sinatra and Lester Flatt. I’d love to share a meal with both of them (can you imagine THAT conversation?) and I’d picture it as some sort of surf-and-turf involving large shrimp, a slab of steak, and a baked potato with a large dollop of butter. Though that’s not really my favorite meal, it seems like what those guys might eat (maybe Lester would pass on the shrimp…). We’d chat about memorable gigs and I’d have a thousand questions from vocal delivery to the hardships of touring in their time.

As a voice teacher, I often encourage students to “get inside the song” by pretending to be the character. Dabbling in musical theater in my youth, followed by my classical voice training, naturally set the footprint for this particular technique. When I sing, I have a movie playing behind my eyeballs which helps me feel the truth in the song (even if it’s not “MY” truth). I’ve spent so much time working on song personalities, there’s really no “ME” in it… except that “I” am the character (if I’m doing my job well). The direct answer to your question lies in the particular songs one chooses to sing!