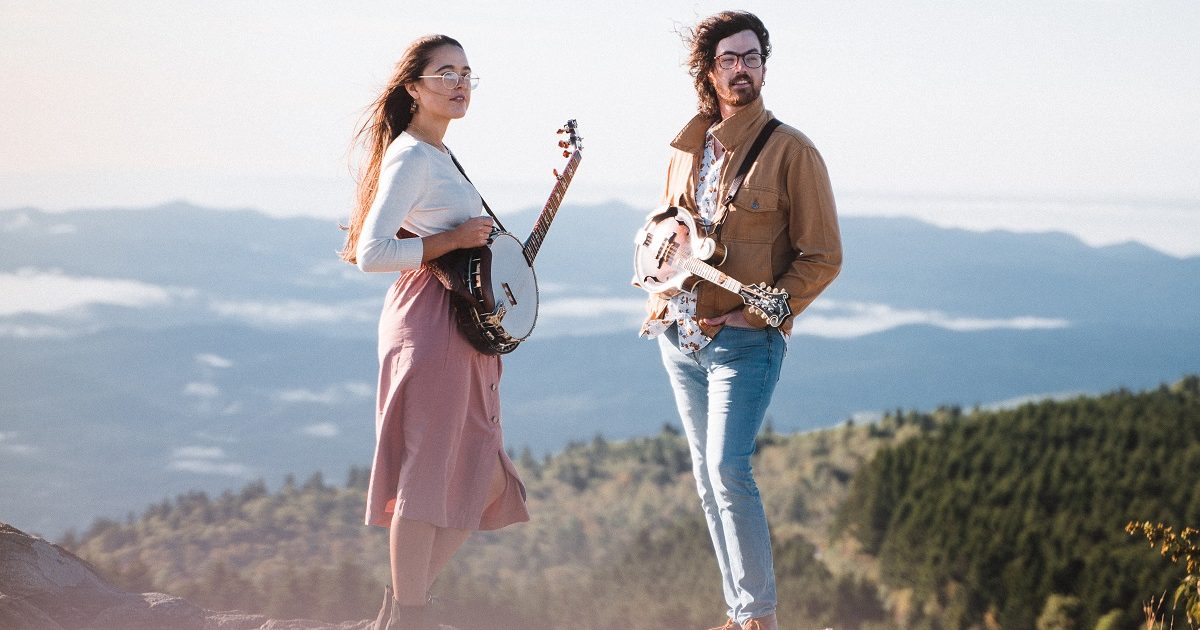 “Traveler,” the first track on our new album, is a song we wrote from the perspective of Tabitha’s family back in Northern Ireland. Since we moved to the States at the end of 2020, it’s been so difficult being so far away from family, a feeling I’m sure a lot of people are familiar with since the start of the pandemic. We wanted to find a way to capture that sentiment in this song, but it ended up being one of the most difficult writing experiences we’ve had. Not only was it hard to find the words to communicate these feelings, but it was also an emotional process. But after a couple months of challenging writing sessions, we came up with “Traveler” and it’s become a focal point for this new Travelers Rest album.

We’d have to say Alison Krauss has been one of our biggest inspirations. Tabitha first picked up the banjo in Northern Ireland after hearing Ron Block on Alison’s Every Time You Say Goodbye album. Hard to beat that title track, too! I once heard a 10-year-old kid in New Zealand play Adam Steffey’s mandolin kickoff on this song note for note. Just another testament to how far reaching bluegrass is and how much we owe to Alison and her music!

Tabitha loves to walk so much! We often take our crazy dog Finn to our favorite hiking haunt Paris Mountain State Park not too far from our home here in Travelers Rest, S.C. While we walk among the beautiful forests and lakes in that park, we talk about songs we want to write and make plans for future music projects. We love that spot so much that we commissioned artist Dealey Dansby to do a linocut interpretation of an iconic reservoir at the park. That same spot was an inspiration in part to another new song of ours called “Garden” — a song all about planting roots in the place you’re in, no matter what the circumstances.

We absolutely love the clawhammer banjo playing of the great Adam Hurt! His Earth Tones record in particular is played almost nonstop in our car journeys. And since he’s playing a gourd banjo on that record, we think the perfect meal and musician pairing would be stuffed and roasted acorn squash with Adam’s warm banjo tones! Check out one of our favorite tracks from that Earth Tones album, “Old Beech Leaves/Sheeps and Hogs Walking Through the Pasture.”

We love this quote from C.S. Lewis, who said, “If I find in myself a desire which no experience in this world can satisfy, the most probable explanation is that I was made for another world. If none of my earthly pleasures satisfy it, that does not prove that the universe is a fraud. Probably earthly pleasures were never meant to satisfy it, but only to arouse it, to suggest the real thing. … I must keep alive in myself the desire for my true country, which I shall not find till after death; I must never let it get snowed under or turned aside; I must make it the main object of life to press on to that other country and help others to do the same.”

Since Tabitha and I are both from different countries, we often feel like there’s no real place where we can both feel at home. And in a deeper sense, we know that there won’t ever be a place in this life that will fully satisfy our desire to belong somewhere. And I’m sure most people feel that way, too, no matter where you’re from. Our mission statement for our career would simply be to convey with our music that universal longing for something better, and point people to the truth and hope of this deeper reality as Lewis suggests. Nashville songwriter Andrew Peterson really captures that sense of longing for “another world” in his song “The Far Country.” Love his music!