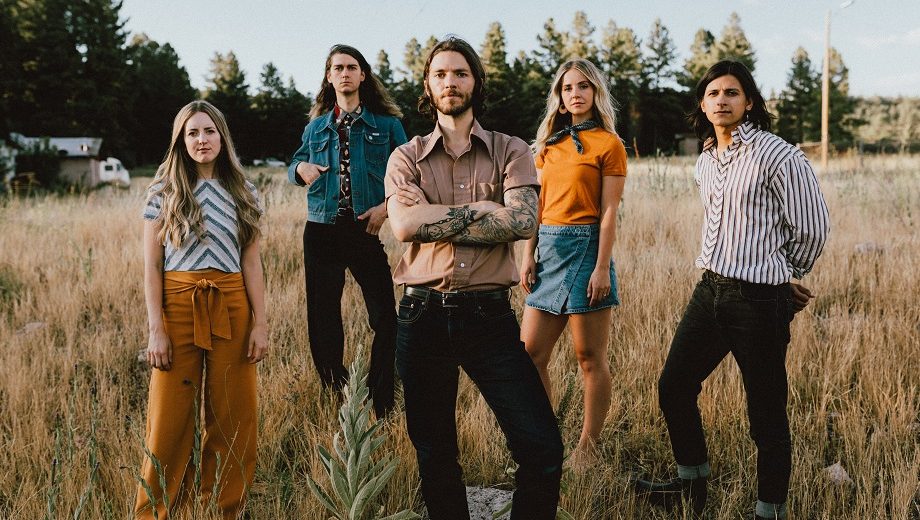 Kyle Miller: There have been so many artists I have placed on the altar of my adoration over the years. One seemed to keep rising above all the rest as I kept reflecting. Without a doubt, Jeff Tweedy has sat the longest on the above-mentioned altar. My first interaction with Wilco was my freshman year of college. A friend with extremely pretentious taste in music drove me around in his Subaru Outback blasting Sky Blue Sky. To be honest I didn’t get it at first. I didn’t even like it. I remember I bought it and had it in my car because I felt that as someone who enjoyed music I better damn well like Wilco, haha.

The years went on and Tow’rs started to become more of a realized job for me in my life. My wife and I had two kids all the while juggling our music career and family life on and off the road (as we continue to do). On our first tour my manager Paul was driving and was listening to Sky Blue Sky. I can remember being so blown away by the record in a way that I hadn’t before. The timing of it was perfect and it became mine. Since then, give or take five years ago, I’ve studied Jeff and his work. I’ve listened to him talk about family and music, process, mental health and band dynamics. All the while taking notes and applying it to our band and my own life.

Wilco and Jeff’s solo stuff has become a weekly part of my listening experience, but in a deeper way he has been a voice that I look to for advice. While writing our record New Nostalgia I listened to Jeff’s memoir Let’s Go (So We Can Get Back). I found a sense of peace while writing because of that memoir that I have always wanted permission to have, but didn’t know if I could. The way Jeff talked about the way he interacts with his work set me free and gave me permission for whatever reason to explore and not be sad when I was writing. As a result I think we wrote the best record we’ve ever made. I’m grateful for his vulnerability and I hope in my own way to share myself as he does.

My favorite memory on stage was in Bryan, Texas a few years ago. We were opening for a band called Seryn. The room was sold out and I was so nervous waiting backstage I thought I was gonna throw up. When we took the stage the crowd was so kind and inviting. Throughout the show I could at times hear them singing our songs more than I could hear myself in the monitor. There was electricity in the air that felt like we were all one.

On our last song I had a string break right before a really important drop on the song. The band saw it break and kept playing the build to the drop while I switched guitars. I stripped my guitar off and grabbed my spare and plugged it in as fast as I could and came in on the one of the drop with the band. The crowd lost their minds and my guitar sounded terrible the rest of the song. Everybody was laughing and clapping.

It reminded me not to take myself so serious. I think that moment was my fave because I struggled so hard to not beat myself up about shows the first couple years we toured. I’ve searched to find that tension that what we do is important to an extent, but that when I take myself too seriously I suck to be around. I’m also not convinced it makes me better to self-deprecate in that way. What we get to do is so fun and I hold it with open hands because I know it’s not for forever. I treasure those moments where you remember the absurdity and gratefulness and hard work all in the same space.

I played violin and piano starting at around 5. There was never a year I had during elementary, middle and high school where I wasn’t learning music in some way. Looking back, the moment I felt I took ownership over my own journey in that was when my grandpa took me to see the Phoenix Symphony when I was 10. I remember we had balcony seats at the symphony hall and my grandpa took each step really careful getting up the stairs. We sat in our seats and listened to the symphony start to tune. My grandpa sat back in his seat and closed his eyes until the symphony started.

Once they started he put his hands up and puppeted the conductor and the music took over his body. You could see his face wincing and his toothpick on the corner of his mouth dancing around. I couldn’t stop staring at him. It was like watching a group of people laugh at a joke you don’t get. You want to understand it so bad. It was the first time I realized music had this involuntary effect on people who need it and let it in. It sent me down the songwriter’s path on how to capture that in a way that could accompany people in their life and mine like the symphony did and still does for my grandpa.

I try to get out trail running in the pine trees every week here in Flagstaff. Especially while I am in a season of writing for a record. I had heard a story a while back about “runners high” which is essentially this endorphin rush you get from dipping into certain parts of your body’s energy only accessible through intense aerobic exercise. There were these stories of crazy mental clarity after running that I tried to use as a tool while writing. And it totally worked… maybe it was just a placebo, but either way it worked.

I would go out on the mesa next to our house (which, fun fact, is where they discovered Pluto) in the middle of the forest and run and stop when I got an idea, as well as sit down and “ride the high” when I got home in the studio. We live at seven thousand feet with amazing views, mountains, and everything that comes with that terrain. We also get four seasons here so you’re always aware how fast time is moving because nature is postmarking it. I feel like nature, specifically the forest, has influenced my writing more than anything.

I’ve tried to create a discipline around reading both poetry and literature in my life. I watched that documentary a while back Jiro Dreams of Sushi and he had a line in it about how he gives his employees the best sushi, the same kind they try and serve their customers. He said that’s because he doesn’t believe you can make good sushi without knowing what it tastes like. Pretty simple and obvious, but I’ve tried to apply reading other people’s work I respect into my life for the same reason.

How can I be a good poet if I don’t read good poetry? I recognize this is subjective to an extent. Lately, I’ve been enamored with Steinbeck as well as Leif Enger from a literary standpoint. The poets who have most informed me have been Dickinson, Rilke and Wendell Berry. I’ve also really enjoyed Abraham Heschel’s words and meditations. There’s something about finding a poem or book that scoops a truth out of you that you’ve always tried to find the words for, but couldn’t. I think that moment is why I keep writing.