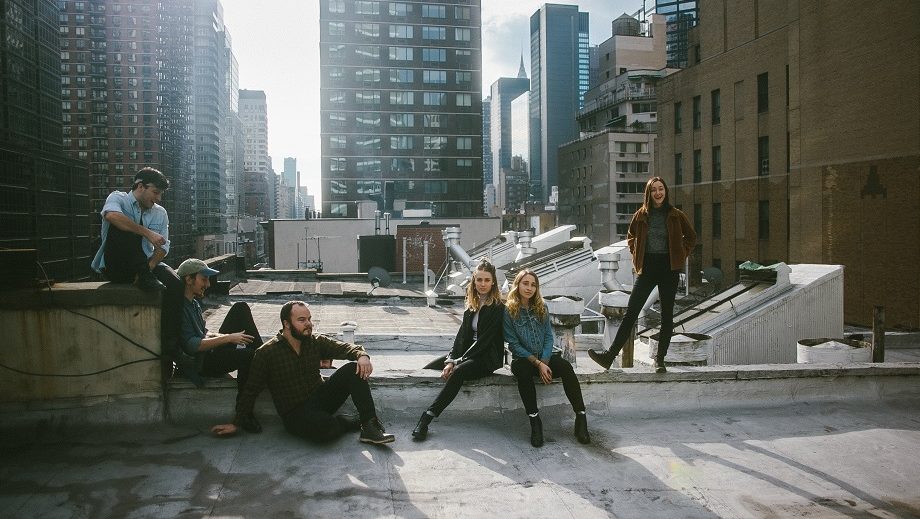 We all listen to a broad range of music, but the biggest point of overlap for us has always been the Wood Brothers. We really struggle to make music that’s both emotionally and intellectually compelling, and I think the Wood Brothers really demonstrate how to achieve that balance. All of their songs feel earnest and groove hard, but they’re also very musically sophisticated. That sort of writing and arranging is a big influence for us. — Harry D’Agostino

Our whole band huddles and takes a collective breath before every live performance. It’s a nice way to bring ourselves into the present moment before we play, since load-ins and soundcheck and life in general can be a bit disorienting. It gets us centered and connected to one another at least a little so we don’t phone in on our interactions on stage. — HD

I think everyone has a desire to do useful and meaningful work in their lives, and I spend a lot of time thinking about all the ways that music can fit that description. I love making music that people can dance to, and writing songs that people can connect with and that can help reflect the world around them. A journalist for Al-Jazeera once asked the Iraqi cellist Karim Wasfi if music was really just an indulgence given the shortage of basic necessities. He replied that “It is needed as much as food, as much as oxygen, as much as water because it refines and cultivates. Because it inspires people.” I think that’s a good enough reason to dedicate your energy and time to something. — HD

I think the big thing that food and music have in common I the way that different cultural styles and recipes collide and evolve together. I think the richest music and food comes from places where that process has happened the most. I’d probably like to pair a meal like gumbo or paella that mixes lots of flavors with music from New Orleans or Cuba that does the same. — HD

Both of our albums have one song written in the second person that takes the form of advice, like the reassuring voice inside your head. In both those cases I really wrote the song as a way to talk to myself, but also with the expectation that the doubts or challenges I was confronting weren’t unique and that others would appreciate it. That so many people have listened to “Old Advice” sort of validates that sentiment. — HD

Editor’s Note: Look for Upstate at the upcoming Winter WonderGrass Festival in Stratton, Vermont, on Dec. 14-16.

Music22 hours ago
LISTEN: Julia Sanders, "Place Where We All Meet"