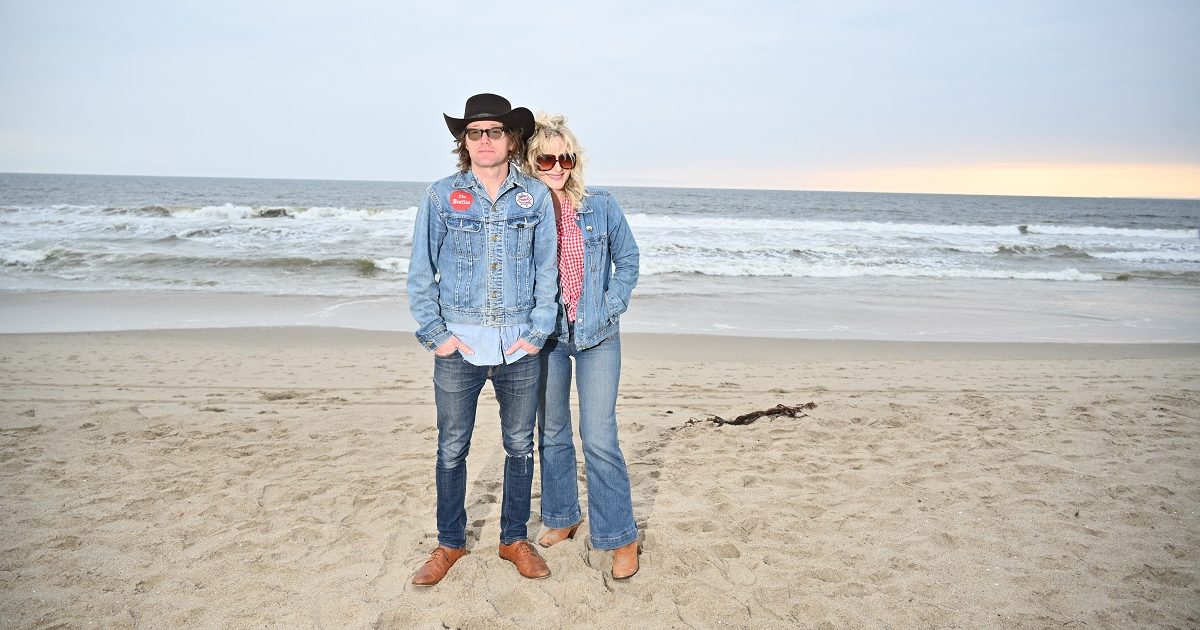 Artist: Whitehorse (Luke Doucet and Melissa McClelland)
Hometown: Toronto, although the band was conceived while we were living in Hamilton, Ontario — and we’re temporarily living in Winnipeg, Manitoba, for a year. I know… simple question; complicated answer.
Latest Album: I’m Not Crying, You’re Crying (out January 13, 2023)
Rejected Band Names: Yellowknife (also a city in the north of Canada)

Our band and this record in particular (I’m Not Crying, You’re Crying) was really informed and inspired by our long love affair with Gram Parsons and Emmylou Harris, which began in earnest when we were living in Nashville over a decade ago. We’ve made lots of detours into different corners of the Americana landscape since then, and now maybe for the first time, we’re tying ourselves back to that time and place. There’s a sort of Beauty and the Beast element to Gram and Emmylou that we have always related to — or sought solace in. His vulnerable warble and her impossible majesty bring the songs to life in a way that is hard to define but there’s something beautiful in that juxtaposition. We’ve gleaned a lot from them over the years.

We have a fairly simple pre-show ritual and that is: one drink; no more, no less. There’s a sweet spot where you’re just loose enough to get lost in the songs and make brave choices but not so loose your playing stinks. And yeah, maybe bring one on stage with you…

We are spending a year living in Winnipeg, Manitoba, or “Winter-Peg, Man-it’s-cold-out” where as I write, the temperature is a frosty -20°C. We are a walking family — we don’t own a car — so we all have excellent winter parkas and boots to trundle across the frozen prairie city. Manitoba is also a sun bathed province so a blanket of snow and a vast bright blue prairie sky can make for a rare kind of beauty and mystery. We find ourselves leaning on that big sky ambience in the production choices we employ in the studio. Reverb-drenched guitars, midtempos and big spaces are all tributes to the Canadian winter. You hear them in records by Joni Mitchell, Neil Young, Blue Rodeo, k.d. lang, Colter Wall and The Sadies, too. Coincidence? Dunno.

The best career advice actually came from a running coach on the eve of my (Luke’s) 2013 Boston Marathon race: “The hay is in the barn” is what my coach Tanya Jones offered me when I called her in a panic over my impending pre-race insomnia. She reminded me that the work had been done, the miles had been logged, and that the difference between success and failure would come down to training and hard work — which I had done. Add a dollop of adrenaline and a sleepless night won’t matter, since “the hay is in the barn,” i.e., the harvest had been collected. She was right (2:55:11, meaning I finished my race a full hour before the horrifying detonation of the two bombs that marred the event that year) and that advice has helped me (and us) ever since.

Follow the muse wherever she wanders, know that this game is a long one, spend more time on the finer points than you think you need to, assume your fans to be smarter than you and never forget that if you’re lucky, the very act of playing the show is tantamount to stopping to smell the roses.