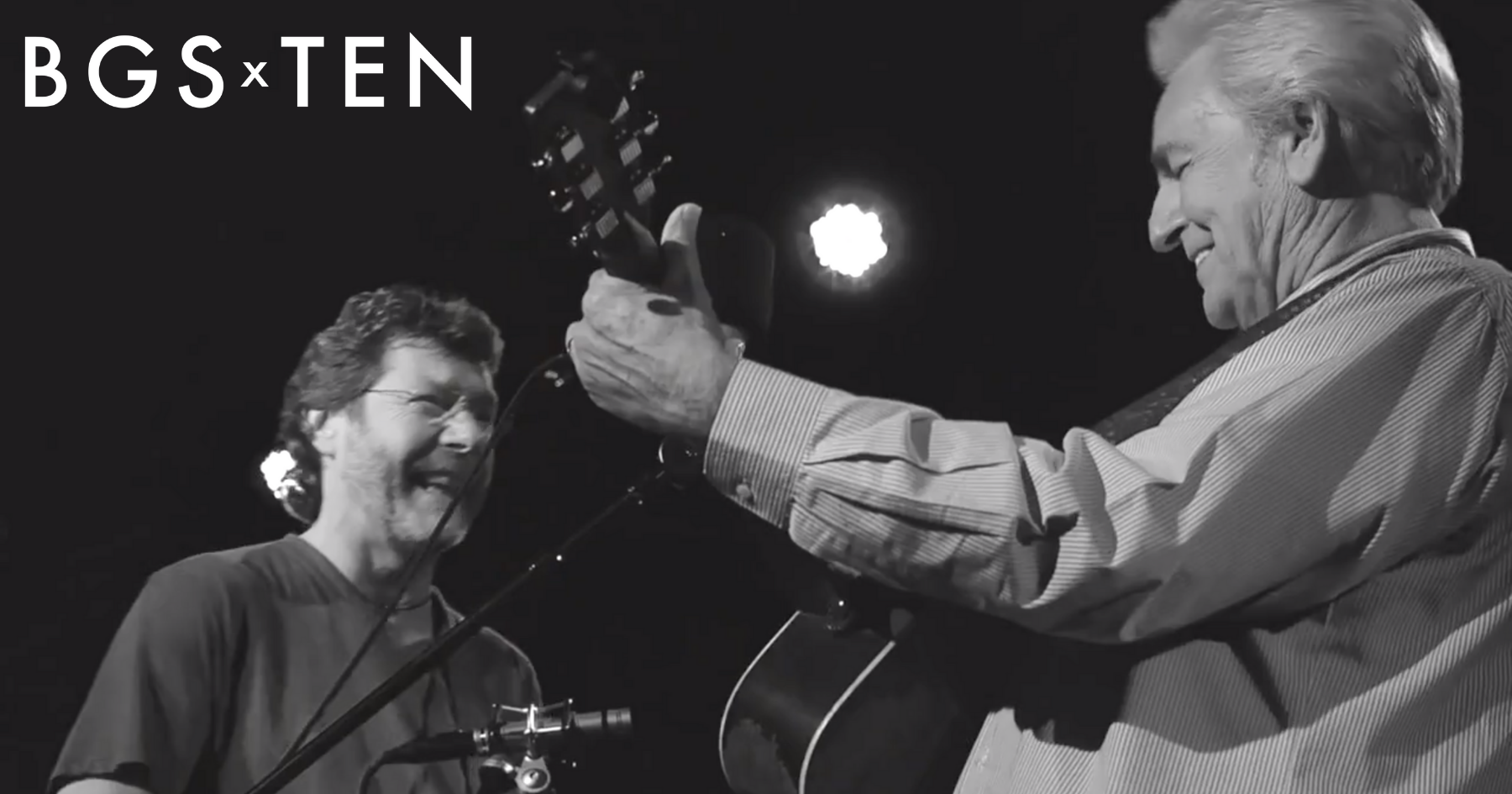 One of the first-ever viral moments on BGS was a special behind-the-scenes Soundcheck video featuring Sam Bush and Del McCoury from their 2012 duo tour, “Sam and Del.” In it, the two legends prepare for the first night on the road at the Birchmere in Alexandria, Virginia, warming up both their instruments and their familial-like banter on stage:

“Friends, he got up out of the bunk this morning and his hair was perfect,” says Sam. “I don’t know how he does it.”

“Well I’ll tell you what, I laid it on the shelf overnight and just put it back on the next morning!” retorts Del, quick as a whip.

But somewhere around the 2:45 mark, magic happens. For the first time in nearly fifty years, Del prepared to play five-string banjo on stage. It was a moment that few had witnessed prior (even Sam), much less known he was capable of. Turns out, the Bluegrass Music Hall of Famer actually started his career in Bill Monroe’s band as the banjo player before being shuffled to guitar and backing vocals, his unmistakable high lonesome tone becoming his calling card.

“It’s just a love fest?” says Sam Bush of their time together on stage.