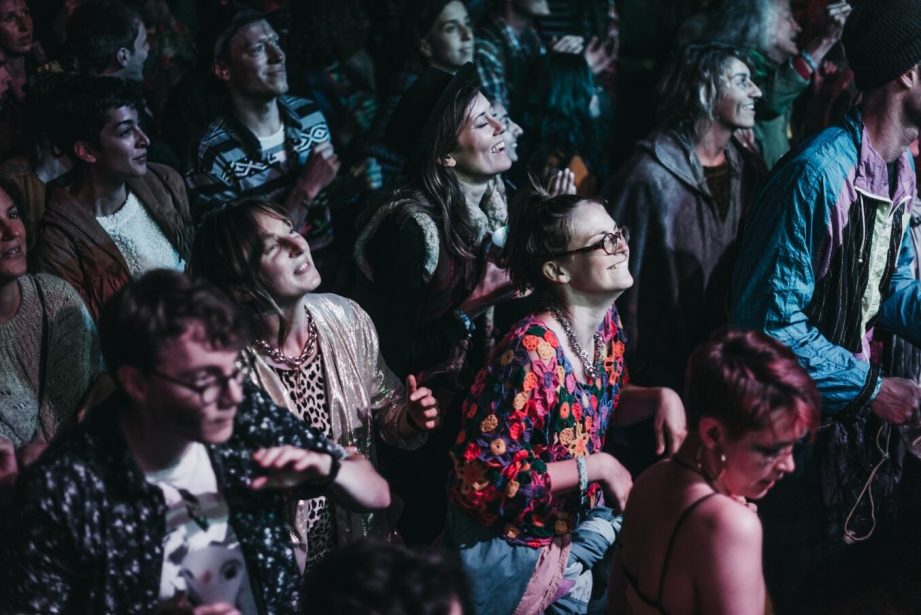 The sun’s finally out, and we all know what that means — festival season is here, with its promise of long days, late nights, and all the truck-burgers you can hold down. Look, we love Glasto. But if you’re the kind of music lover who wants to actually be able to see the band while they play — and even, perhaps, locate your tent at the end of the night — can we offer a few alternatives? Here’s our guide to some of the best folk, roots and bluegrass festivals happening in Britain this summer.

Fire in the Mountain, 31 May to 2 June, Aberystwyth, Wales
This brilliant little festival in Wales has sold out every year since its inception five years ago. Held on a former riding school that a group of friends and volunteers have loved back to life, it’s an event that exists purely to support and popularise quality roots music, and everything about it holds true to its mission, from the eclectic line-up — which this year includes Bruce Molsky’s Mountain Drifters, Po’ Boys Cajun Band and vintage calypso from Trinidad and Tobago – to the extremely good value ticket prices. You’ll also find only CAMRA-approved local ales and cider at the bar. Camping options include pre-pitched tents and Bell Tent glamping, and this year there’s even a ‘music only’ ticket for sale, although fair warning, it involves wearing a blindfold.

Black Deer Festival, 21 to 23 June, Eridge Park, Kent
Launched last year to pretty instant acclaim, the Black Deer festival is run by two women who used to book the much-loved (but sadly short-lived) Hop Farm Festival. Its acts are a who’s who of Americana and roots-rock, including Band of Horses, Kris Kristofferson, The Shires, The Staves and The Magic Numbers, while Billy Bragg, John Smith, Justin Townes Earle and Jessie Buckley fight for second billing. Their food offerings are as lavish as their line-up, with a focus on authentic Southern smokehouse dishes and a barbecue competition. But our favourite thing? Their partnership with Supajam, a nearby school for teenagers who’ve fallen out of education, and who actually get to run one of the stages themselves. 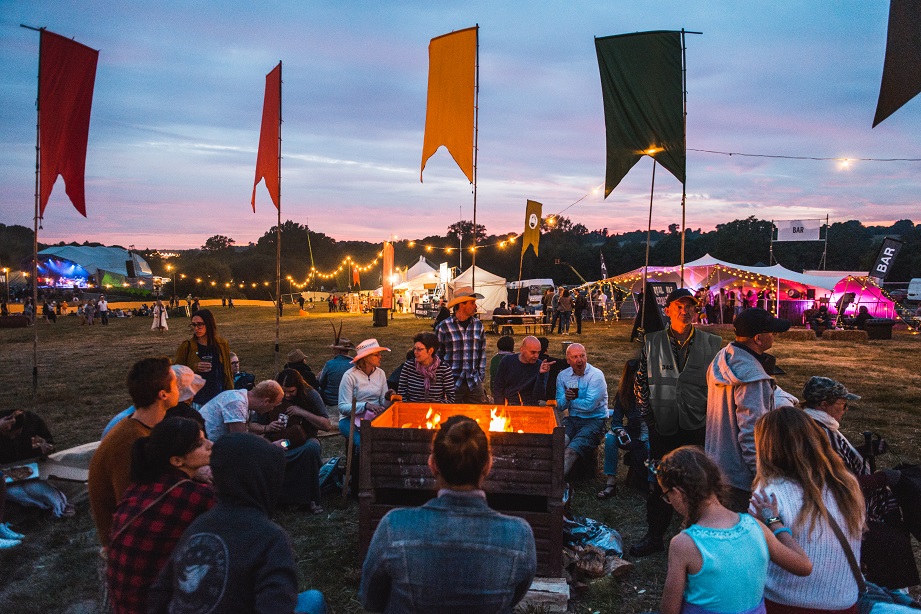 Maverick Festival, 5 to 7 July, Easton Woodbridge, Suffolk
The UK’s first Americana festival, with 11 years under its belt, Maverick is proof that the people of Suffolk knew a good thing when they heard it. This year’s line-up includes the sensational Brother Brothers, so it’s clear they’ve still got great taste. The rest of the bill is a thoughtful one that uncovers so much lesser-heard talent we’d suggest the organisers move into R&D. Oh, and Otis Lee Crenshaw – the redneck jailbird musical alter ego of comedian Rich Hall – will be playing a set too, which makes it just about unmissable.

HebCelt, 17 to 20 July, Stornoway, Isle of Lewis
A magical combination of folk, pop and tradition, the Hebridean Celtic Festival is one of those destination festivals where the venue is truly worth the trip. Set in the grounds of Lewis Castle, with views that look out over Stornoway Harbour to the ocean, this is a chance to experience ancient (and modern) music in one of the wildest, most remote parts of Britain: the Outer Hebrides. Expect upbeat headlining from KT Tunstall, fantastic support from the Elephant Sessions, and a whole host of Scottish folk royalty including Kris Drever and Talisk. After 20 years of making their visitors wish they lived here year round, HebCelt have even brought their own cookbook, so you can recreate the comfort of that haddock pie at home.

Beer and Bluegrass, 26 and 27 July, Poole, Dorset
A relative newcomer to the scene, Beer and Bluegrass has successfully identified the two key elements to the happiness of mankind. It’s a great place to discover new international bands – from I See Hawks in LA (who are, not surprisingly, from Los Angeles), to The Local Honeys (Kentucky) and Massy Ferguson (Seattle). But it has a serious commitment to what’s behind the bar too, sourcing a wide range of craft ales and ciders both locally and nationally. They even have sessions where you can meet the brewers – and there’s a Somerset hog roast to help you soak up the booze.

Cambridge Folk Festival, 1-4 August, Cherry Hinton Hall, Cambridgeshire
The original and still the best. You won’t hear a bum note at this perfectly curated event. Cambridge has been showcasing the brightest and best since the folk revival reached the UK in the 1960s, and was founded as a direct inspiration of the Newport Folk Festival in Rhode Island (its first year’s line-up included a young Paul Simon). The mouthwatering line-up includes legends Ralph McTell, Graham Nash, and Lucinda Williams; elsewhere, Blind Boys of Alabama will be teaming up with Amadou and Mariam to present “From Bamako to Birmingham.” The glamping’s already sold out but you can still get in at the Cherry Hinton and Coldham’s Common Campsites.

Fairport’s Cropredy Convention, 8 to 10 August, Cropredy, Oxfordshire
Festivals don’t get much more personal than this one. There’s something of the family reunion about it – no surprise since it’s been held every August since 1976 as a way for the band members of Fairport Convention to get back together, long after they went their separate musical ways. This will be a big year for guitarist Richard Thompson (although aren’t they all?) who’s celebrating his 70th birthday in 2019, and as ever the single-stage line-up is a blend of veteran and young folksters from across the UK, including Martin Simpson, Martin Barre Band, Seth Lakeman and Frank Turner.

Shrewsbury Folk Festival, 23 to 26 August, Shropshire
Someone in Shropshire has clearly been working the phones. This one has a belter of a line-up, with stellar US acts like Birds of Chicago and Amthyst Kiah rubbing shoulders with British (wait, let’s not be modest about this – global) sensation Kate Rusby. There’s an appearance by evergreen Celtic giants Capercaillie, while Rev. Sekou will be bringing the blues and Mankala the Afrobeats. And if you don’t enjoy comedian Grace Petrie’s set, we suggest you get to the doctor stat and have them check your funny bone. 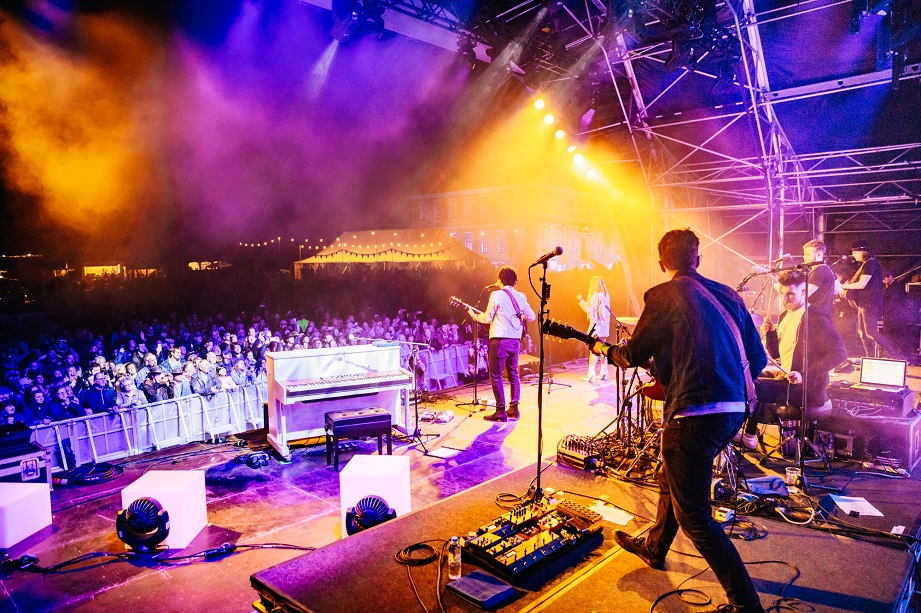 The Long Road, 6 to 8 September, Stanford Hall, Leicestershire
Full disclosure – there’s a reason BGS gets especially excited about The Long Road, the UK’s most comprehensive three-day celebration of country, Americana and roots music. And that’s because, for the second year running, we’ll be staging a takeover of the Honky Tonk to bring you some of our favourite singer-songwriter acts. With performances from Rhiannon Giddens, Sam Outlaw, John Paul White and Kip Moore – not to mention a whole host of family entertainment with a country feel – you honestly can’t afford to miss this one.

And don’t forget these local favourites:

Lede photo of Fire in the Mountain: Sabrina Dallot