Bringing It All Back Home: A Conversation With Luke Winslow-King 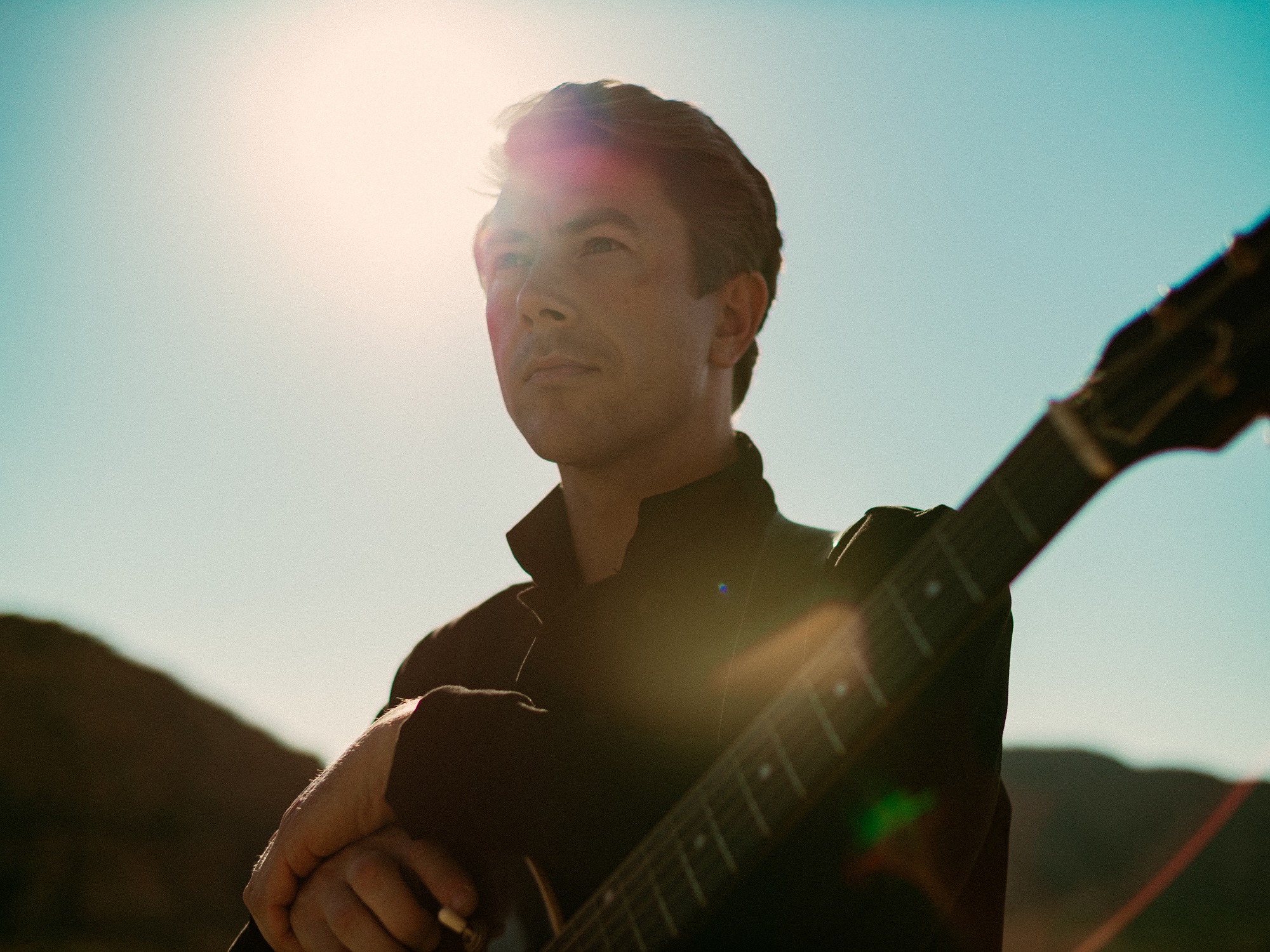 Luke Winslow-King has been drawn to the blues since he was a kid growing up in Cadillac, Michigan. At 14 years old, his namesake blues band was playing clubs and festivals around the Midwest. Whatever he lacked in life experience, he made up for it with prodigious guitar work and an easy stage presence. Yet any lingering innocence would have eventually fallen away following 15 years of living in New Orleans, spiked with a couple of international tours.

Now in his mid-30s, Winslow-King’s pedigree in the blues is far more defined after enduring a divorce, the loss of his father, a couple of friendships falling apart, and the deaths of more than a few musical influences. In other words, he’s no longer just a boy with the blues. In fact Blue Mesa is Winslow-King’s first new album since he moved back to Cadillac from New Orleans last year. Considering what he’s been though, his writing offers a streak of hard-won optimism in songs like “Better for Knowing You” and “After the Rain,” elevating Blue Mesa beyond just another breakup record.

At what point during the making of this record did you move back to Michigan?

It probably was right after we recorded it that I moved to Michigan. I went on tour for three months, so I didn’t live anywhere. Then I moved to Michigan after the tour. I was in transition at that time. I’ve spent the better part of 15 years in New Orleans. Some of that time was spent in New York or on the road, but I’ve been in New Orleans pretty solid since 2001 or 2002. I learned a lot; the city has been great to me. It’s been an incredible place to get my career started. I’ll enjoy going back there soon, but I’m just ready for something else right now.

Was there a moment where you said, “All right, I’m changing”?

Yeah. I went through a divorce there and did some editing as far as my friend group goes. Now I just want to be in a place with nature and family so I can focus on my career in a different way. When I’m home, I’m off. When I’m on the road, I’m on the road. In New Orleans, you come off the road and you’re in this music scene where you’re playing every night or every other night when you’re home. It’s nice, man. I’ve been enjoying fishing, and bowling, and canoeing, and cross country skiing. It feels real to be back home. I’m enjoying it.

Has that helped your creative mindset?

I think so. I’m feeling less pressured to write and do business and just being like, “You know what? This is my life.” I’m going to follow it through and do the best I can. If people like it, cool. If they don’t, then someone else will. just keeping at it and trying to keep it real rather than force anything. I think that’s how the record comes off a little too. I quit telling the band what to do and just let them do what they do best. If I didn’t like it I would tell them but usually I was just like, “Sure. Sounds great, let’s go for it.” I think there’s a certain breath of freedom in it.

You’ve got a lot of tasteful playing on this record. How did you learn the skill of not overplaying or just ripping through your songs?

Just listening, and years of playing, and learning how to speak through the guitar. The guitar doesn’t necessarily have to sound like a guitar. You can speak a language through it or sing through it. My guitarist Roberto Luti, who is not touring with us because he’s back in Italy, is my guitar maestro. He is our unicorn for gathering the spirit and learning how to be very tasteful and minimalist on a guitar. I’ve learned a lot watching him too. 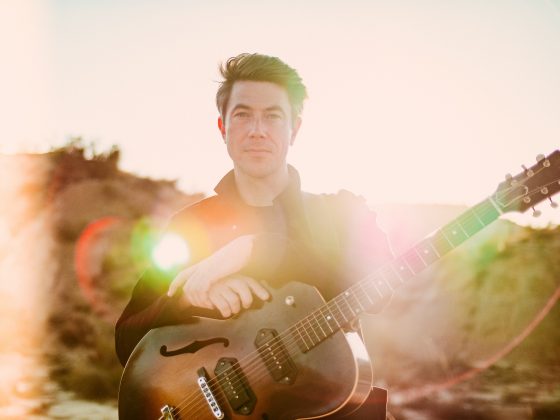 How did the Italian recording sessions for this album come about?

Well, we were hitting the road pretty hard in Europe this summer for eight weeks or something like that. We had a five-day break in the middle of it and we were in Italy anyway. Roberto is from there, so he knew people who owned a really nice studio. It ended up being this cool getaway up in the mountains in Tuscany. We had the tunes ready enough. We had to rehearse a little to get ready for the session but the tunes were at that perfect point where they weren’t over-rehearsed.

We caught a really cool moment, which is really important in a session. We were comfortable with each other and the material. We all needed a break, but we were still excited about the music. Everyone was laid-back. This is the first album where I’ve kept all my live vocals. Usually I go back and do an overdub session, which a lot of people do, but it felt nice to be like, “This is natural and real.” All the takes on the solos and guitars are live. There are keyboard overdubs and edits here and there, but it’s mostly all live.

It makes sense to do it that way, rather than get it so perfect that it’s too polished.

There’s a sweet spot – you obviously have to know the songs well enough. I’m a huge Bob Dylan fan and listen to records like Desire. You can tell the rhythm section has maybe never heard the song before. It makes for an awesome recording. Everyone is on their toes.

You had a blues band when you were a teenager in Michigan, right?

Yeah. I grew up in northern Michigan and I started the Winslow-King Blues Band when I was 13. We played a few music festivals. My parents used to go see me play at bars on the weekend. I’ve come back to a sound that’s a lot more similar to what I was playing when I was 14 years old, which is like an electric trio with a Stratocaster playing blues. The difference is I’ve lived between then. I’ve explored folk music. I had classical string quartets on my first album. New Orleans jazz was mixed in there for a while. I tried jazz, a lot of different styles.

Now I’m playing original music that I can stand by. There’s a lot more diversity in it, of course, but it feels good to come full circle and be back to my roots. A lot of my friends back home were like, “When are you going to rock again? I remember when you were young you used to rock.” Even my dad was like, “I liked it when you rocked.” I’m back to that, so it feels good.

Well, that’s what’s so great about going home and being back with your old family and friends. It’s a very understanding reevaluation. You are who you are. The friendships go beyond whatever music you’re playing or what notes you’re playing. I’m glad to be back home and have salt-of-the-earth friends. My best friend was a logger and now is a sand miner; my other best friend is a fishing guide and snow plow truck driver in the winter. It’s cool to have friends who are concerned with normal daily life. You can go fishing and hang out and not have everyone be into cool music everywhere you go. 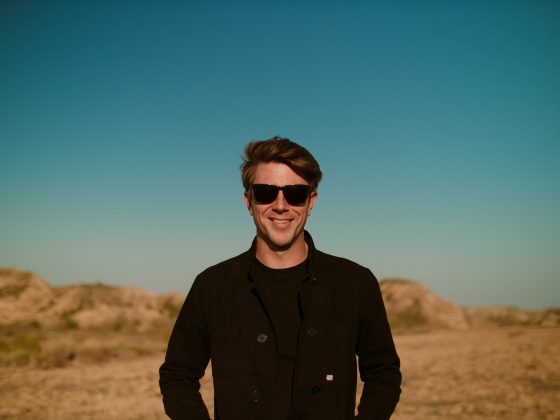 This album has very cinematic moments too. A lot of it felt like it could be placed in movies on the closing credits. Are there soundtracks or composers that you consider primary influences?

Yeah. I’m a huge Ry Cooder fan. That’s one of his things that he’s been known for and made a career out of. I’m also a big fan of Neil Young’s soundtrack for the Dead Man movie. I’ve always really liked that and listen to that in the van sometimes. I went to school for classical music and I’ve always loved great classical music. I also love Clint Eastwood. I’ve been watching a lot of Clint Eastwood and Sergio Leone movies and hearing that stuff too. It’s not necessarily stylistically what I want to do but I love how evocative some of those sounds are and how much they bring the listener to the setting. It would be cool to be able to do that in my own way with my music.

Are there any filmmakers other than Clint Eastwood that have affected the way you see your art?

I’ve watched all five Rocky movies and all the Rambo movies this winter, I’m embarrassed to say.

No, don’t be embarrassed. Rocky won an Oscar.

Chris Davis, my drummer, is a huge, huge Rocky fan. We just went to Philly and ran the stairs while we were there. Honestly we’re in this Stallone phase. Roberto, our Italian guitarist, always says ‘Stallone-ay’ which we love. Honestly, Rocky is a really inspiring movie. I appreciate that Stallone did that movie on a shoestring budget and was inspired to make it himself. Right now Rocky has been what I’m all about. It’s that underdog mentality. Even though everyone makes fun of Stallone and it is so cheesy, and some of the acting is so terrible, there’s a really beautiful sentiment in that movie about going the distance.