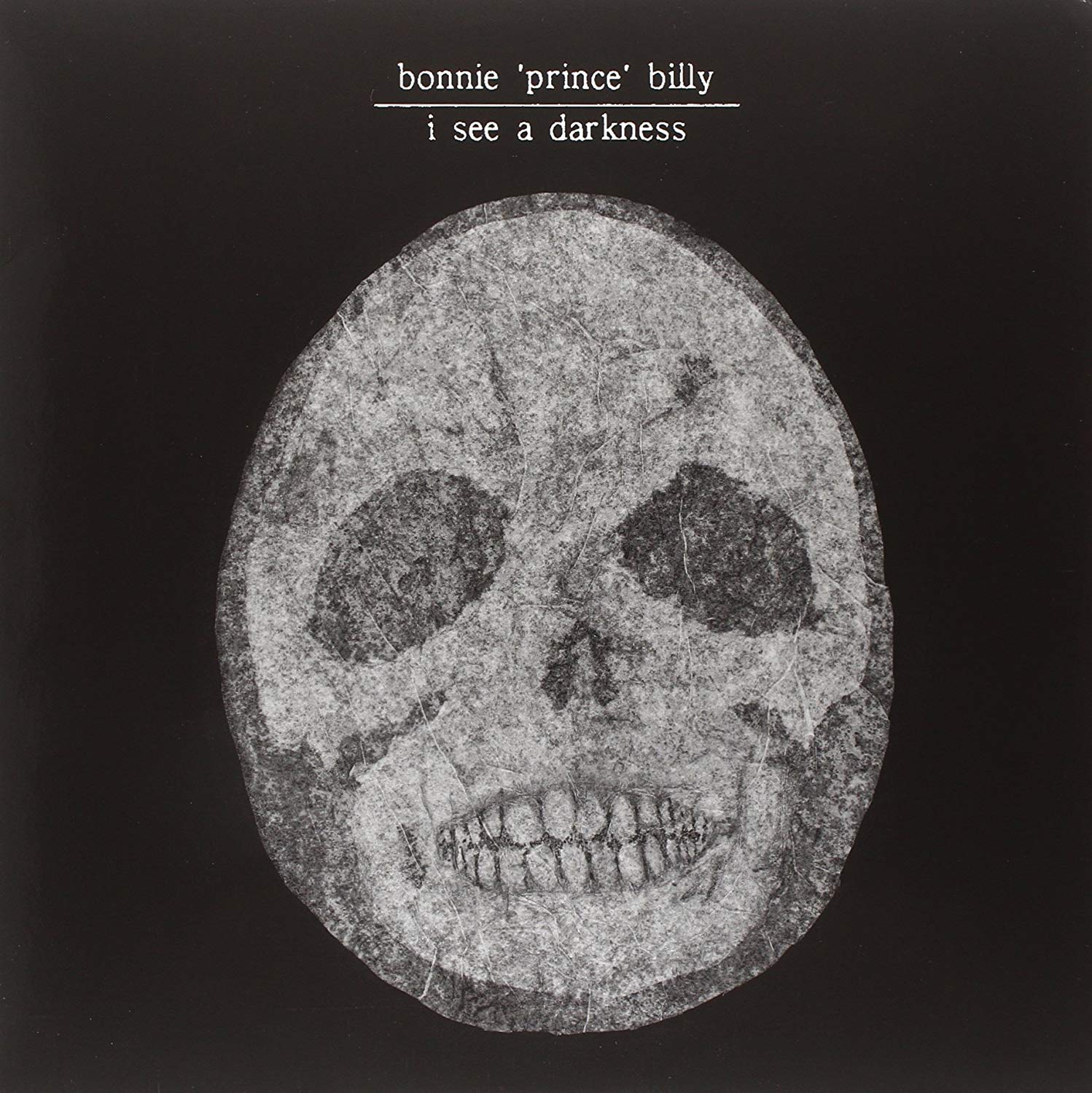 Will Oldham stands on the stage of the Odeon in Louisville, Kentucky, dressed up like a bruise: black pants hanging low on his hips, a blue shirt barely tucked in, hints of mascara around his eyes. He is gesticulating dramatically and singing about how death will come to us all, and behind him a large band kick up a larger ruckus. It sounds like chamber klezmer, its jazzbo rhythm section squaring off against a frantic string section and a clarinet that sounds like a gremlin in the works. The song is “Death to Everyone,” which originally appeared on 1999’s I See A Darkness, the first album to bear Oldham’s odd stage name Bonnie “Prince” Billy and likely his best-selling album.

“Death to Everyone” has never sounded quite like this before. The original is a low-key, heavy-quiet dirge, Oldham’s vocals measured and steady and even menacing, as an electric guitar mimics the sound of decaying flesh. It is a rover’s song, a justification for hedonism and rootlessness, and when Oldham sings the chorus—“Death to everyone is gonna come…”—he makes it sound like a threat. But the Odeon version of the song, from August 2018, backed by a sprawling band called the Wandering All-Stars & Motor Royalty, is starkly different. The tempo is ratcheted up, the lyrics sung like there is an exclamation point after every phrase; the energy is agitated yet gregarious, and Oldham stands on the stage, his hands flailing to the audience, as though inviting us to partake in every lusty pleasure before we perish. Oldham might be Falstaff or Caliban up there on stage, a figure of uneasy company.

All artists must live with their works, and most musicians maintain intimate connections to much of their catalog, performing the same compositions night after night. Few roots artists, however, take as many liberties with their songs as Oldham. He constantly revisits and revises, reinterprets and reconsidered, less out of obligation to fans than out of curiosity: How far can these melodies and sentiments bend? What will they allow? In 2004 he released a full album of Bonnie “Prince” Billy covering songs that pre-date that pseudonym, written when he was making art under various Palace monikers: Palace, Palace Music, Palace Brothers. Later this month he’ll release Songs of Love and Horror, which collects new versions of tunes from throughout his career, including the title track to I See a Darkness.

That album may be his most revisited, a set of missives from what he calls a minor place, comprising something like an Appalachian operetta. He writes lyrics as soliloquies, as monologues by characters in transit, wanderers and loners, sinners both defiant and humbled. The characters on I See a Darkness ponder the thin membrane between life and death, being and not being, this world and the next. On the title track the narrator confesses to a friend the abyss he sees behind everything as well as his desire for “peace in our lives.” It recalls Waiting for Godot or True West in its stark setting and sparse details, but that makes it easier for him to restage it, as he did on 2012’s Now Here’s My Plan. That version was sped up considerably, almost flippantly, as though the character were retreating from the darkness, confessing his deepest fears through a sidelong joke.

The most famous version of the song, however, features Oldham in a supporting role. Johnny Cash covered the song on 2000’s American Recordings III: Solitary Man, playing up the implications of his own Man in Black mythology as well as his own waywardness earlier in his life. But it also plays as a late-in-life reverie, and it gives Cash the opportunity to face down the impending darkness with dignity: “You know I have a drive to live, I won’t let go,” he sings, his voice bowed but not broken by age and illness.

This songwriting strategy—this idea of songs as short plays—echoes Oldham’s own actorly pursuits. As a teenager he appeared in John Sayles’ Matewan, about miners in Appalachia in the 1920s, and the TV movie Everybody’s Baby: The Rescue of Jessica McClure. In the 1990s he gravitated more toward music, but occasionally appears in independent films like Junebug and Old Joy. And there is in these songs a sense of dramaturgy, of an actor slipping into a role, which creates a very squirrelly strain of roots music. But it’s an inexact and not quite satisfying metaphor, one that suggests he is only acting, that there is none of himself in these lyrics and melodies, that he is merely pretending to see a darkness. 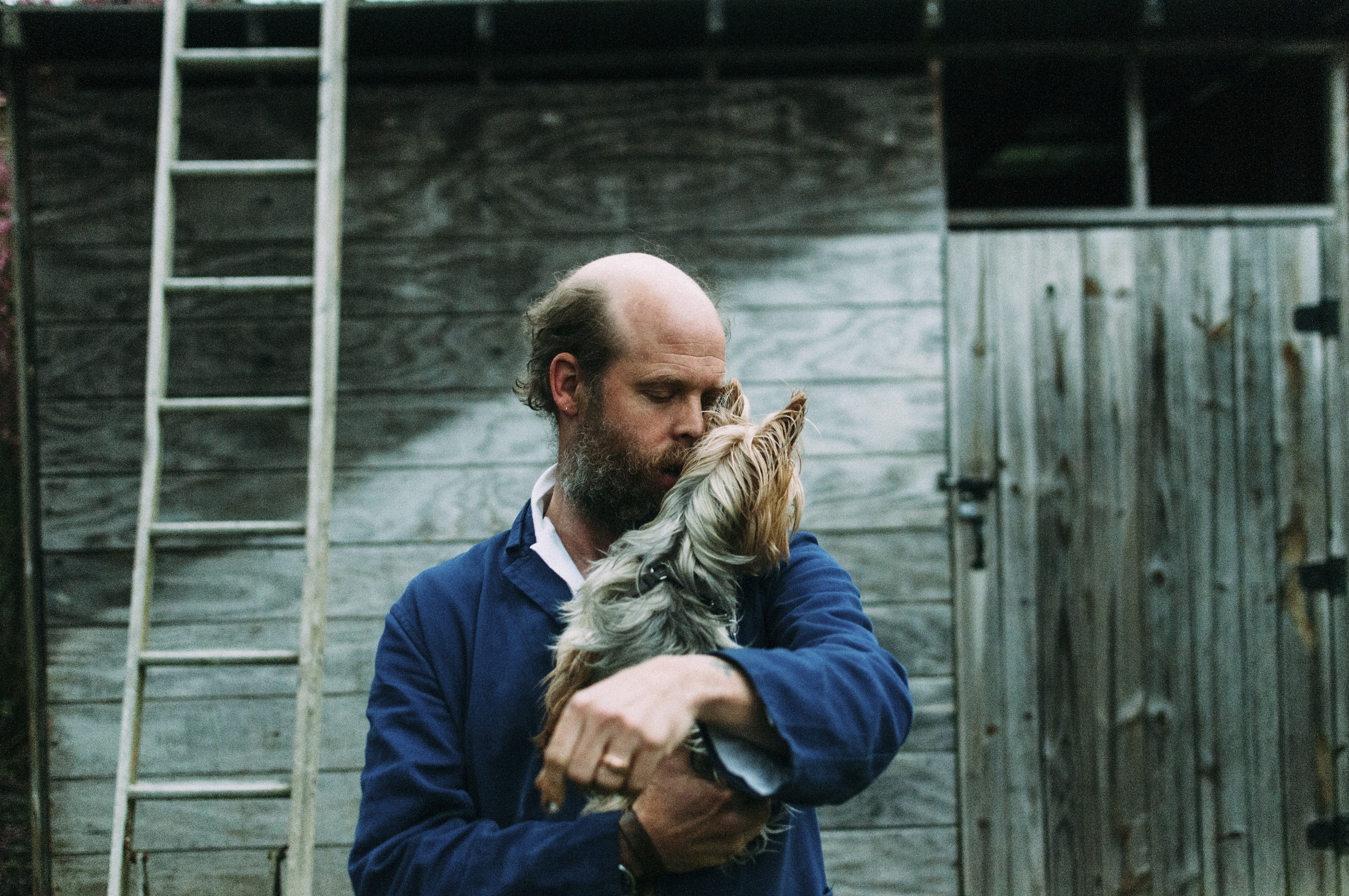 And perhaps that more than anything else—his long relationship with indie label Drag City, his use of antiquated or skewed syntax, or his headquarters in Louisville, just a few hours but many worlds away from Nashville—is why Oldham has not embraced nor been embraced by the Americana establishment: He stands slightly apart from his music, doesn’t inhabit his songs the same way Chris Stapleton or Margo Price or Sturgill Simpson inhabit theirs. That doesn’t mean his songs are personal or don’t expose something of the person singing them, but that he has radically different relationships with his songs.

Perhaps that’s why I See a Darkness still stands out in his expansive catalog: It gets at something profound about its creator and implies a darkness too dark, too enormous, too horrible to approach directly. He needs the scrim of a character, a decoy perhaps or a shield; a larger narrative emerges of an artist confronting depression without naming it. “So I become more lively to bury all the ugly,” he sings on “Another Day Full of Dread,” whose very title implies a black unnameable feeling lurking within these songs. To reinterpret these songs is to admit that the depression remains, even twenty years later, but his relationship to it has changed. Every time he sings these songs, he prevails against it, bruised but not beaten.