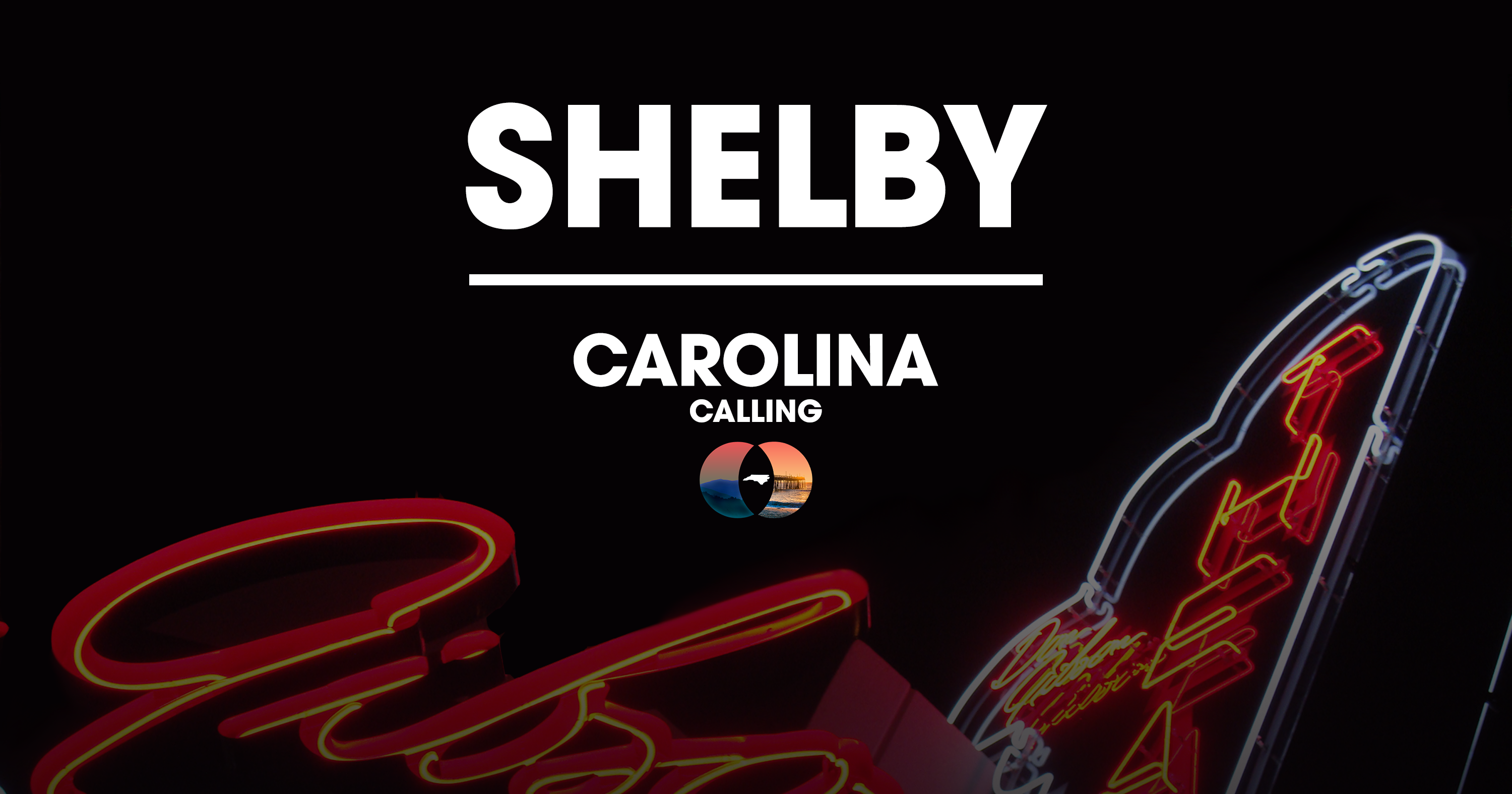 The image of bluegrass is mountain music played and heard at high altitudes and towns like Deep Gap and remote mountain hollers across the Appalachians. But the earliest form of the music originated at lower elevations, in textile towns across the North Carolina Piedmont. As far back as the 1920s, old-time string bands like Charlie Poole’s North Carolina Ramblers were playing an early form of the music in textile towns, like Gastonia, Spray, and Shelby – in Cleveland County west of Charlotte.

In this second episode of Carolina Calling, a podcast exploring the history of North Carolina through its music and the musicians who made it, we visit the small town of Shelby: a seemingly quiet place, like most small Southern towns one might pass by in their travels. Until you see the signs for the likes of the Don Gibson Theatre and the Earl Scruggs Center, you wouldn’t guess that it was the town that raised two of the most influential musicians and songwriters in bluegrass and country music: Earl Scruggs, one of the most important musicians in the birth of bluegrass, whose banjo playing was so innovative that it still bears his name, “Scruggs style,” and Don Gibson, one of the greatest songwriters in the pop & country pantheon, who wrote “I Can’t Stop Loving You,” “Sweet Dreams,” and other songs you know by heart. For both Don Gibson and Earl Scruggs, Shelby is where it all began.

Subscribe to Carolina Calling on any and all podcast platforms to follow along as we journey across the Old North State, visiting towns like Greensboro, Durham, Wilmington, Asheville, and more.