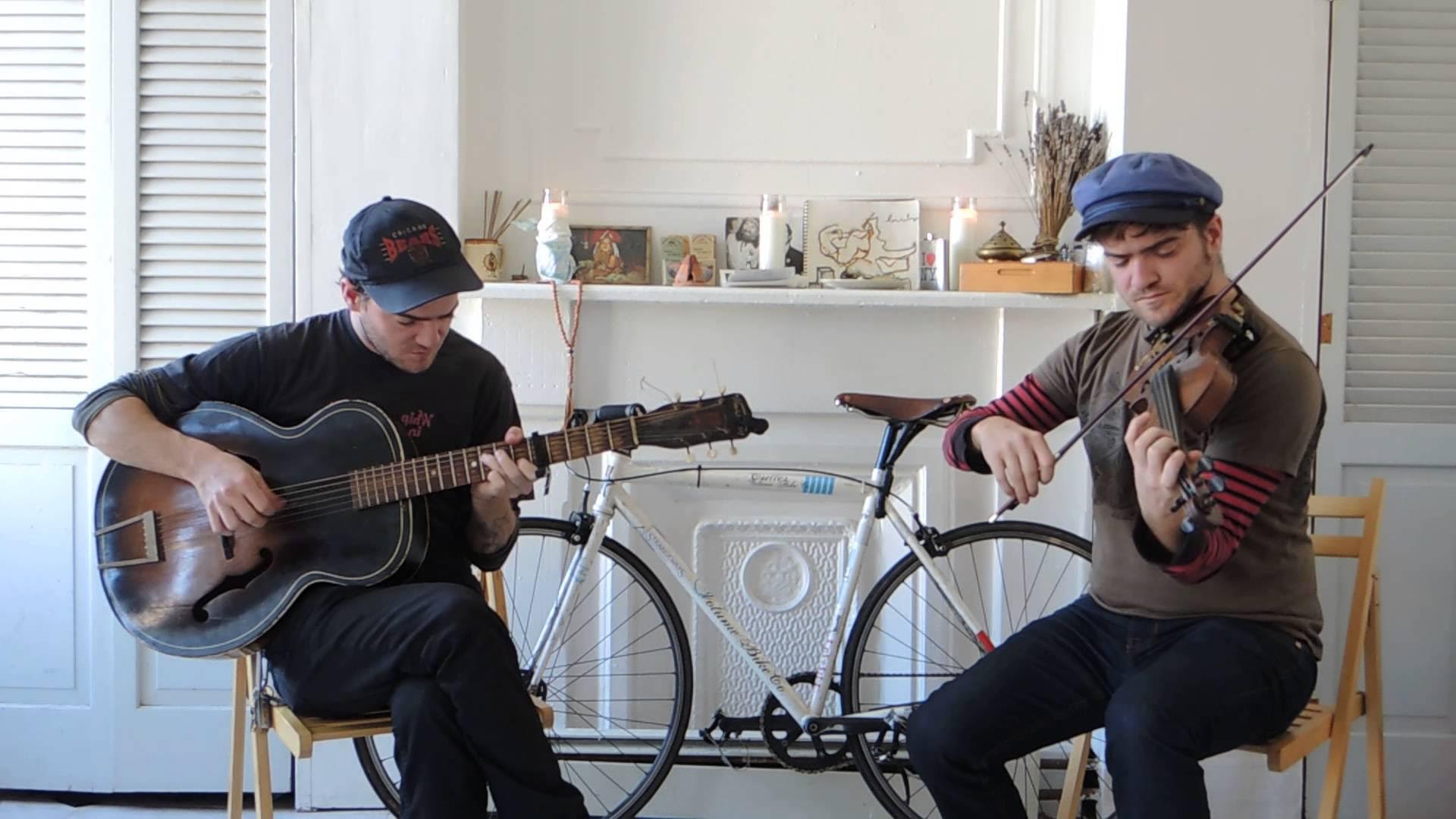 Every year since 2011, about 100 songwriters and lovers of traditional roots music convene for a week on a tiny island in Lake Winnipesaukee for an event called Miles of Music Camp. This year, for the first time, camp founders Kristin Andreassen and Laura Cortese invited a videographer to come along. He captured this night of mayhem around a bonfire, featuring identical twin brothers Adam and David Moss leading a rowdy band of fiddles, cellos, drums, tuba, banjo, accordion and marshmallow roasters.

In Their Words: "'Stolichnaya' is my anthemic drinking song from an American boy whose roots are in Eastern Europe. I've been singing this song for a long time, and it's always been an immediate sing-along. But I think the perfect manifestation of any sing-along is on a secluded island surrounded by some of your favorite people. David and I wrote this song after a hard day’s work, waiting for a huge musician gathering to form in Austin, Texas. It turned into a great party that night.” — Adam Moss