Closer to Self-Acceptance: A Conversation with River Whyless 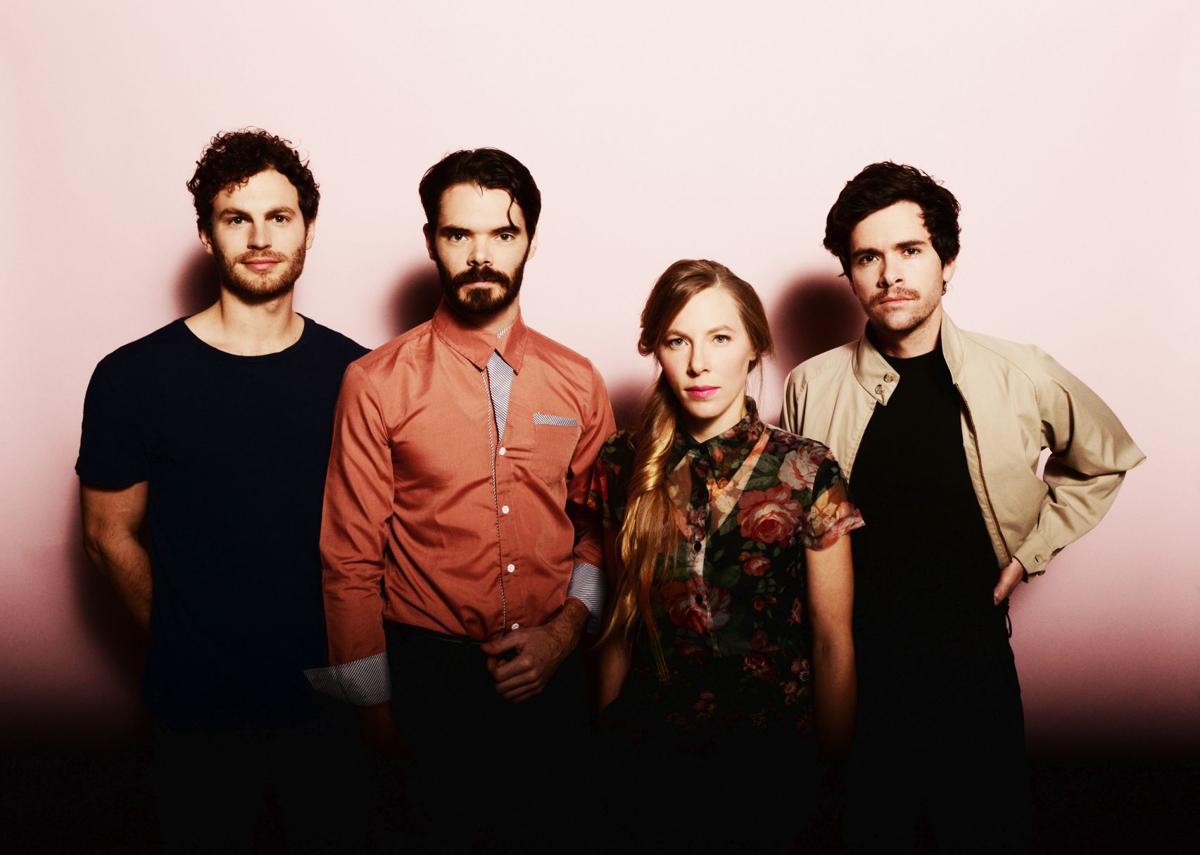 Bands grow. Styles evolve. Lineups shift. Genre identifiers morph to accept those changes while the music industry holds certain expectations for reinventions and reimaginations. It’s refreshing, then, when you happen across a band that isn’t bogged down by those precedents, choosing to just follow their songs and their true selves wherever they may lead.

The folk-pop outfit River Whyless finds themselves on this trajectory with their third album, Kindness, A Rebel. The product is not gratuitous, heavy-handed, or obvious, and it never stumbles or attempts to assert that “the old River Whyless is dead,” because true reinvention is never about demolition and rebuilding. It’s about finding the skeletal structure that was already there and allowing it to shine on its own, set apart. Drummer Alex Walters jumped on the phone to unpack the integral aspects of self-acceptance and self-celebration that blossomed on this beautiful testament to allowing oneself to just be.

This record seems to be as much about personal growth for each of you individually as it is about changes for the band as a whole. Why do you think those two things coincided here?

Alex McWalters: I think those things are always connected in some way. Whenever you make a piece of art, your life is always factored into that, there’s always growth. [It’s partly] because we’re now in our early 30s and feeling really lucky that we’re still able to make music and be a band. With that, there are a lot of adjustments you have to make as you head into the next phase of life. Ryan [O’Keefe] just got married, my girlfriend and I just bought some property and we’re working on building a house, and Halli [Anderson] moved to Oregon with her sweetheart. A lot of big life things are happening.

I guess this is a record about grappling with how to be a band in a different phase of your life. It’s honestly a little more challenging when you have more responsibilities outside of a band. Whereas, when we were in our 20s, it was like we were homeless. We lived on the road. Our whole lives were the band. It’s a much different way of operating professionally and creatively than it was 10 years ago. It’s exciting, but also challenging to continue doing it in this way.

I think “Another Shitty Party” is a great example. I hold this new record up against the one we did before, two years ago, in terms of the way it feels — I sort of have an inside view as to how it was made, so it’s a little hard to convey to someone who wasn’t there. It feels like we sort of embraced whatever came out of us this time and didn’t try quite so hard to be a certain way or accomplish a certain thing with the music. There were a lot more growing pains in the last record, as far as figuring out how to make three or four songwriters coherent.

This time we just went with it. We just let the songs be the songs. With that, the idea of “Another Shitty Party” is sort of connected to a bigger idea of coming a little bit closer to self-acceptance and trying to be honest with who you are in the world. The idea of going to a party and walking away from that feeling like, “There’s no reason I had to be there!” is a metaphor for the larger feeling of being in a band and trying to be cool. Let’s just stop trying to be cool and just be us.

Something that we aren’t necessarily taught as kids or teenagers is that sort of self-acceptance, that acknowledgement, is such an integral part of what we refer to as “maturity.” It’s getting to a point of being able to accept yourself as whomever you are, having been morphed by all of the factors of our lives. What brought that to the surface for you?

I’m not sure if it was conscious. Maybe it was also having reached some level of, I guess, gratification in terms like, “Oh, the last tour we did went really well.” I think part of maturity is you have to learn what works and what doesn’t. Some people aren’t as lucky to reach that point of self-acceptance to where you can say, “No, I don’t want to partake in this.” Or, “I don’t agree with that and I’m not going to do it.” It can sometimes require a lot of work to get to the point where you’re able to be mature. Some of that was just us being a little more confident than we were before.

Also, it’s just hard to avoid the elephant in the room as far as the current political situation and feeling like we didn’t say or do enough. Not that we could have done anything [specific], or that we even knew what to do, or maybe we shouldn’t have done anything, but we had that sense of, “Oh man, what just happened and how do we go forward?”

Taking responsibility of that and taking it onto ourselves is also a very mature idea.

And kindness really is a rebellious act right now. I think that was one of my biggest takeaways from the album. Like, “Oh shit, yeah, being just a kind human being at this point in this weird political, divisive period, is rebellious.”

Absolutely. You hit that right on the head.

I hear you reckoning with that on “Born in the Right Country.” This is something that I think about a lot right now, about how we can address these sort of personal perspectives we have while we also acknowledge our own privilege and our own complicity, too. How did you reconcile that conflict with yourselves and through that song?

The song was written by Ryan and I think it’s interesting, because, like I said, we all had a very intense reaction to the election. There’s a lot to have to work through once you realize that Donald Trump is your president. We are four white people in a band and our life has been pretty peachy and, for the most part, is continuing to be pretty peachy, so anything we say about Donald Trump or the people who voted for Donald Trump has to be self-aware. You have to go through a process of recognizing where you’re coming from when you speak and how you sound and what your actions actually say without you realizing you’re saying it.

There was a point at which that song was introduced to the band and we all wondered if we even wanted to go there. What does this mean? How will it be interpreted? What good does it really do? What is this song really going to accomplish besides sounding like four white people complaining about Donald Trump? And maybe it still does, but I think an important part of it was trying to get into that three-minute song a part about us having a certain responsibility that we have to figure out how to own, as far as being who we are and what we could or could not have done more of.

Personally, I thought 100 percent that he was going to lose, so I was very complacent and complicit in terms of the whole thing. That alone says to me that I was kind of blind. There was a whole lot I wasn’t seeing or that I was refusing to see. And what does that say about my situation and how removed I am from the pain that people are feeling?

Talking about growth and maturity as a band, there’s an expected trajectory in these roots genres for bands to go from string band into more pop-influenced sounds. You guys seem to be on that track. But your music seems to be on this trajectory because it feels like this music is song-driven first. Why do you think that is?

I don’t know if I have a very concrete answer, but I think some of it has to do with the organic evolution. On our first record, we had a different bass player, so we introduced a new player to the band and that inevitably has an effect on how it sounds. With that, there’s also a shift in the power dynamic of the band, for lack of a better way of putting it, where one lead songwriter’s vision isn’t steering the ship anymore — at least not totally. That has a lot to do with how the evolution has happened.

Again, also just letting go. Just letting what comes out come out and not trying to steer it any direction, genre-wise or sound-wise. We obviously have influences and things we’re into and that’s what influences the sound of the moment we’re in, but outside of that I think we just kind of let go of what we want to be and just let it be what it is. It’s so much easier said than done.

Another outgrowth of self-acceptance.

I would say so. I never really thought of it like that, but now that you say it…