Counsel of Elders: Del McCoury on Finding Your Way 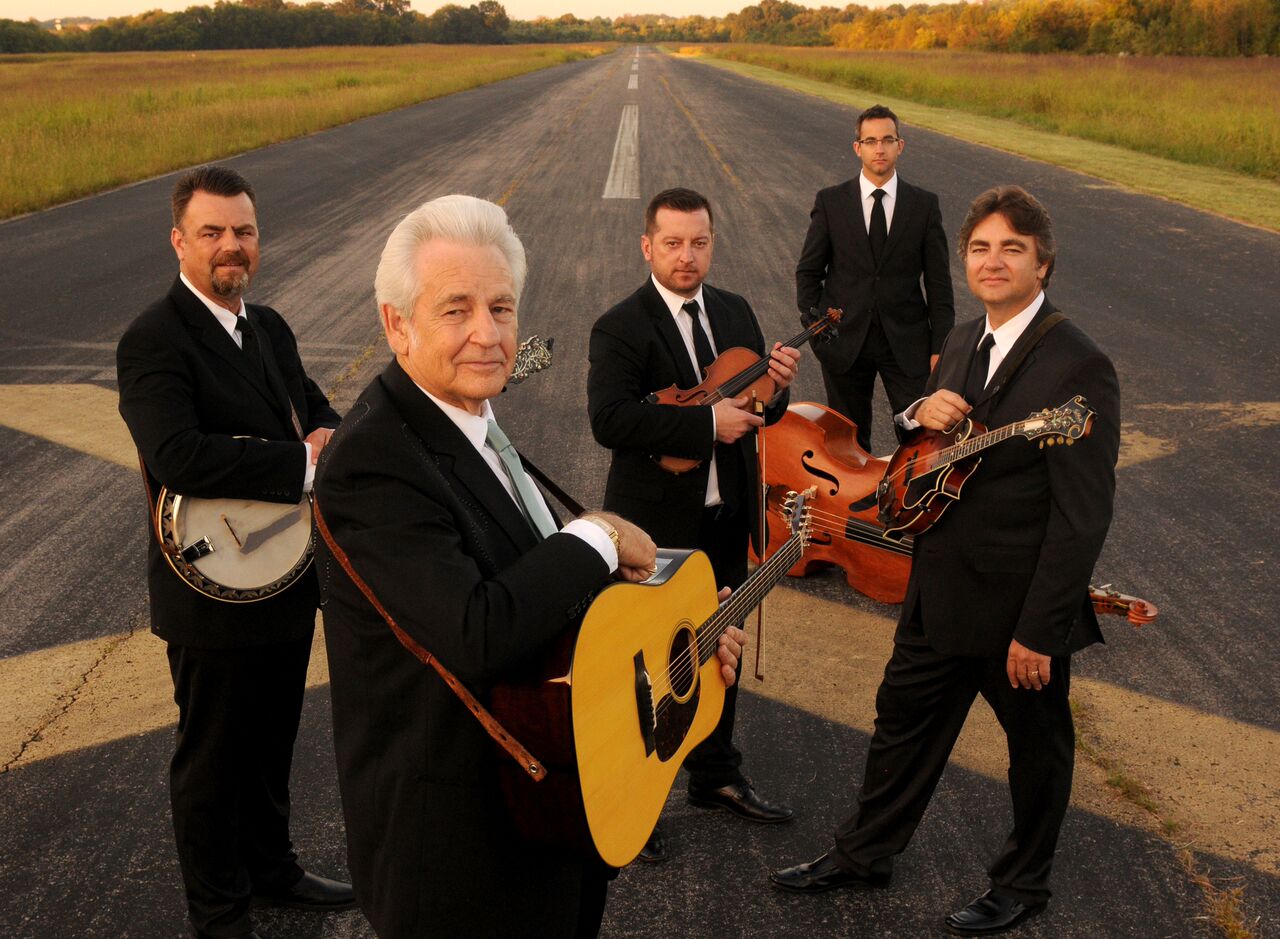 One would be forgiven for expecting Del McCoury, at 77 years old, to slow down and ease into retirement. But the opposite is true. In 2016, McCoury is releasing two albums — a live album with David Grisman and, on April 15, Del and Woody, the highly anticipated studio follow-up to 2013’s Streets of Baltimore. As McCoury accumulates years, he adds projects. He runs his own record label and a yearly festival. He constantly tours and he hosts a weekly radio show. Slowing down is simply not in his future.

Del McCoury is a living legend, having first attained fame in the 1960s as the lead singer in Bill Monroe’s Blue Grass Boys. In the '90s, he reached new levels fronting his own band. McCoury is the link in the chain connecting bluegrass pioneers to the present.

For Del and Woody — and several great albums before it — Nora Guthrie gifted a batch of unrecorded Woody Guthrie lyrics for songs which were never recorded or even musically notated. It was up to McCoury and his band to bring these tunes to life. He did a marvelous job. Del and Woody will not only appease the Del-Heads and Woody fans, but it will also convert new listeners to bluegrass, McCoury, and Guthrie. It is a remarkable album — quite possibly McCoury’s best, which is saying a lot.

This is your first studio album since 2013’s Streets of Baltimore, which won a number of awards. Del and Woody has been talked about for years. This is arguably your most anticipated album to date. How do you feel now that it’s about to be released — relief, excitement? Do you still get nervous?

Well, I guess it’s mostly nervous. It’s a lot of lyrics to remember. I use a teleprompter, there’s so many words. I have another album coming out this year. It’s a live one I recorded with Dawg — David Grisman.

How do you deal with nerves and stress, at this point in your career? Do you have any tricks?

I guess I just stress. Remembering the words is the hardest part. I still get nervous before shows. I think it’s good.

Does it keep things fresh that way?

Yeah, I think so. You know, at this point, I don’t make a set list. We play whatever the crowd requests. We do one show of Woody and Del and then a regular set.

We’re doing all of Woody and Del, which is 12 songs, and then do requests for about 14 songs. It’s about 45 minutes each.

Do you find that certain songs are popular in different regions of the country?

Oh, sure. It’s different everywhere, but some songs are more popular than others. The area affects it.

Can you tell me about the genesis of this project — how it came to be?

I was playing a Woody Guthrie festival out in Tulsa. I can’t remember who all was playing. John Mellencamp was smoking — I mean the cigarette kind. He was smoking one cigarette after another. I thought, “That’s bad,” because of his voice.

We sang “Philadelphia Lawyer.” I’ve always liked that song. And [Sings] “I’ve been doing some hard traveling.” When we were done, Nora told me that, if her father could have afforded musicians, he’d have had a band like ours. It was a real honor. In the next breath, she told me she had a bunch of unrecorded songs of her father's and asked if I’d like to record them. Of course, I would.

Were you given the actual handwritten lyrics?

Oh, yes, isn’t that unbelievable? Nora sent over 26 songs. Well, some were copies. They were written between 1930 and 1946. It was his own handwriting. He would draw little pictures. They had the date he wrote them. I guess he was always writing songs. We recorded 14 songs, but put 12 on the record. I’m going to record them all.

What was your process for finding melodies and adding instrumentation?

I read the words and I could hear the melody and spacing and the keys. It was easy. I only had to do half the usual work. He kept real good notes. The dates were on there, and there were drawings.

There are a lot of humorous songs in this batch …

Woody Guthrie wrote a lot of songs. He must have always been writing. There’s a song on here called “Wommin’s Hats.” It’s from his first day in New York, and hats must have been a big thing back then. He got to New York and wrote “This Land Is Your Land” and the next day he wrote “Wommin’s Hats.” You know, he probably wrote 12 songs in between.

That’s a great song. “New York Trains” is one of my favorites, too.

That’s another one. It’s rich in details. It’s all about his family coming to New York.

It still seems relevant, too. The cab ride in the song is $11, which must have been outrageous for back then.

Yep, and there’s the line about the cops making them get off at the stops.

Let’s talk about your early career for a second. You sang with Bill Monroe and the Blue Grass Boys in the '60s. Bill Monroe took a lot of musicians under his wing and served as a mentor and launching pad for their careers. What did you learn from your time with Bill? Was he full of advice?

How do you feel about the future of bluegrass? Are there any younger bluegrass bands that you like?

I don’t listen to much new music. When I was younger, if something made an impression, I would remember it forever. It doesn’t happen now. I guess it’s because of the vocals. They all sound the same. The old singers are different. You can tell a Mac Wiseman from a Lester Flatt and a Jimmy Martin. The new ones all sound the same. I guess it’s because they’re trying to copy. I was trying to copy when I started, too. You got to find your own way of singing, doing those things that are different.

So you think the singers need to find their own voice in order to keep bluegrass relevant?

Yes, I would say that. They need to sing songs that they like and in their own voice. You know, my sons play in my band. A couple years ago, I was talking with my manager — I think it was my manager. I was getting older. I still feel great. I can play a 90-minute show and it’s not a problem, but when you get over 70 … I think it was my manager’s idea to send the boys out on the road so I could ease up a bit. We called them the Travelin' McCourys. They got this real hot guitar player. He’s young, used to play with Ricky Skaggs. He’s great.

So your advice to the next generation of musicians is stay active in the industry — don’t limit yourself?

Yes, I’d say that. You need to be out playing and working. And you need to find your own way of doing things.