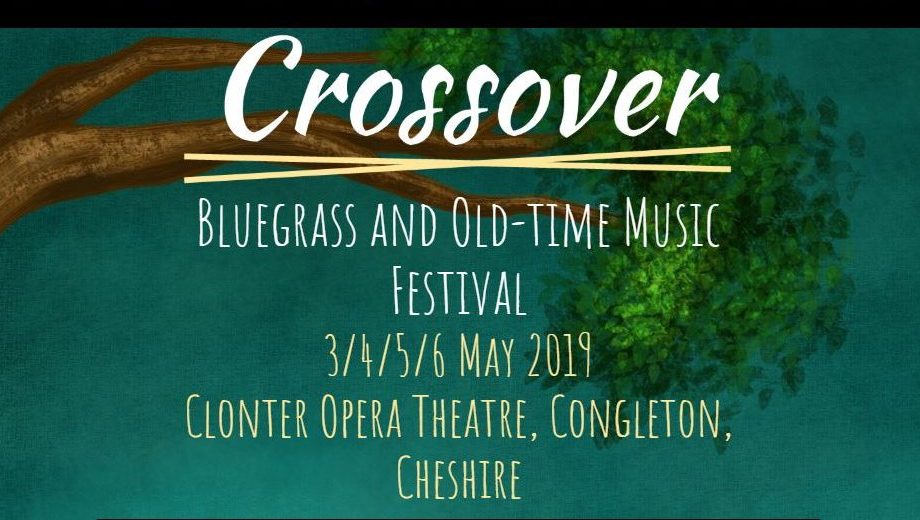 Leading up to the Crossover Festival, a group of three formidable women in northwest England are hanging homemade bunting in trees, dangling fairy lights, ribbons and twizzlers in branches. They’re preening and prettifiying Clonter Farm for its weekend destiny, temporarily the bluegrass capital of the UK.

The Crossover festival is now in its third year, as 21 acts gather this bank holiday weekend for a celebration of everything bluegrass and old-time, with a sprinkling of rockabilly for good measure.

Julie Cross, a former primary teacher, set up the festival in 2017 with her daughters Eleanor and Emily, after the closure of a couple of long-running bluegrass festivals that she’d attended for years. A longtime fan, she thought it was time to pick up the mantle – but where? “Then we found Clonter and there was no excuse anymore!” she says.

Clonter is a quirky gem in the lush Cheshire countryside. It started life as a venue in 1974 when Jeffery and Anita Lockett decided to host an “Operatic Picnic” for charity in the barn on their land. The event was a huge success, was repeated, and in time the owners even bought the entire interior of a theatre — from seats to kitchen — and installed it inside the barn. Over the years, the odd room has been built on the side in a suitably organic way, and the result is a perfect festival venue, with a main stage that will seat 400 and other spaces to jam and sing and teach and craft.

The whole is important to Cross, as the festival is as much about free-form playing, open mic sessions and musicians coming together as it is about the main acts. Arts funding has meant that they can bring big-name musicians in to run tuition sessions for every instrument. Want to improve your banjo playing? You’ll be able to get some tips from none other than Ron Block. Alison Krauss & Union Station’s Grammy-award winning banjo player is headlining the festival along with slide guitarist Tony Furtado, who will also be offering a masterclass.

The Crosses are a musical lot themselves. Eleanor is the bassist for Midnight Skyracer, the first British band to be nominated for an IBMA Momentum award last year. They’ll be performing this weekend — as will Eleanor’s daughter 6-year-old daughter Freya, who you can expect to spot carrying her quarter-sized banjo round the site.

Speaking as she dodges the boxes of equipment piling up inside her house, Cross says bluegrass is slowly changing. “It’s not all traditional old men with beards playing the banjo. There’s contemporary stuff too. There are lots of very, very, talented younger musicians coming through in the UK, making a name for themselves internationally,” she observes.

A lot of those younger musicians will have perfected their trade at the Sore Fingers Summer School, now in its 24th year, which brings together musicians from all over Europe to learn and jam together. It’s an exciting time for bluegrass music in the UK – and the Crossover festival is doing its bit to increase female representation. While Eleanor and Midnight Skyracer are breaking ground with their all-female band, solicitor Emily draws up all the contracts with the acts.

“People keep saying to us, ‘Go girls!’ says Cross. “Last year, we had 50 percent female representation at the festival in all its forms, which was half deliberate and half accidental. It’s always been a male-dominated genre but things are happening for women. Molly Tuttle came to Crossover last year. And Tabitha Agnew [Midnight Skyracer’s banjo player] has also been nominated for one of IBMA’s instrumental awards.”

It all seems a long way from the Cross kitchen table three years ago when the mother-and-daughters team were planning the first festival. They had no budget and asked musicians if they would be prepared to come on the off-chance. They were overwhelmed by the support. “We said to them if we can’t pay you we won’t do it again – and then some funding came through on the first day of the festival. We pay our artists the fair rate and that’s something that arts funding allows us, plus getting quality American artists to come over. We’re very frugal!”

But how did they all get into bluegrass? Cross laughs. “We were travelling to Wales and I saw a sign saying ‘Bluegrass’ and went and had a look. But I got into it properly when I saw some local Appalachian dancers, joined a troupe and danced with them for years.”

She adds, “We’re such a big musical community. I don’t know my neighbours very well but in the bluegrass community a lot of us have grown up together and our children have grown up together and formed bands together. It’s wonderful.” And while the UK bluegrass scene is still small, it’s good at spotting and promoting talent. One of this year’s highlights is Breaking Grass, a group over from the States for their first visit to the UK. Cross heard them a couple of times on the Jason Titley radio show. “We search with our ears as well as our eyes,” she says.

This year’s festival will fundraise for Cystic Fibrosis. It’s a condition Freya has, and the Crosses know what a difference research has made to lives like hers. “She’s fine,” says Cross, “because the treatment’s working really well.”

In 2018 Cross got three hours sleep a night during the festival, mostly because of trying not to miss too much. “I like to see it all, I like to be omnipresent. People share videos and then I see them and say, ‘I didn’t see that!’”