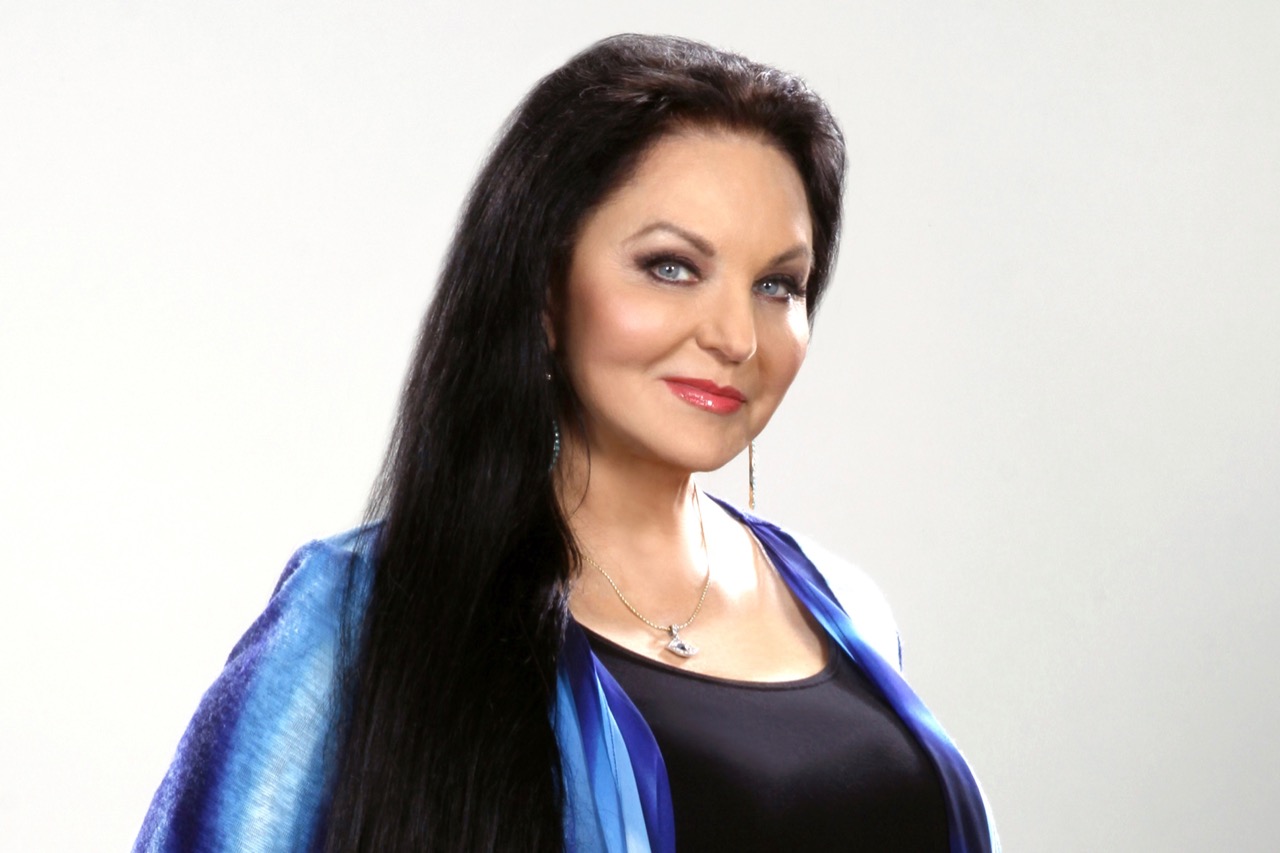 It’s a little startling when Crystal Gayle pops into the hallway of her Music Row office and cheerfully waves for this writer to come on back. Along with being a charming and welcoming host, she’s also one of country music’s most identifiable entertainers, a Grand Ole Opry member, a Grammy winner, and a genuine class act.

She’s also a recording artist again, ending a 16-year absence with You Don’t Know Me, a collection of country classics that honors her heroes, as well as her sister, Loretta Lynn, and Loretta’s late husband, Mooney Lynn. It was Mooney, she says, that ushered her into the spotlight as a teenager, and that memory prompted Gayle to begin the album with “Ribbon of Darkness,” a Marty Robbins hit in 1965.

“‘Ribbon of Darkness’ was my first song on the Opry,” she recalls. “I was probably 16 or 17, and my sister Loretta was sick and Mooney talked them into letting me get on stage and sing a song in her place. It was just a thrill! Of course, later on when I started out, I opened for Marty Robbins. Marty was so incredible. I got to work with Jack Greene, Stringbean, Grandpa Jones, Bill Monroe. … My album is filled with songs that mean something to me. This is a part of my life that a lot of people don’t know about.”

Gayle co-produced the album with her son, Christos, and continued the family connection by recording “Put It Off Until Tomorrow” with both of her singing sisters, Loretta Lynn and Peggy Sue. She also unearthed “You Never Were Mine,” a tearjerker written by her late brother Jay Lee Webb. Surrounded by fan gifts and photos from throughout her career, Gayle visited with BGS about her earliest days in Nashville, how she found her own voice, and why she’s still fond of her own country classic, “Don’t It Make My Brown Eyes Blue.”

BGS: What was it like for you as a new artist in 1970, meeting Jack Greene, Marty Robbins, and all of these stars?

CG: I was in awe of everybody, but of course when Loretta would come through town — because she was singing as I was growing up — she would be with maybe Ferlin Husky. I remember loving that. Or the Wilburn Brothers. They were incredible! I loved the harmony that they did. I could sit and listen to their music all day long, I just loved it. Of course I was a fan as well, but you have to give them their space. [Laughs] I learned that from Loretta.

I’m curious about Mooney. How did he influence your career?

Mooney really believed in my ability of singing. He loved my voice and he actually got my contract with Decca Records, but the best thing about it, he got a very short contract. It was the long ones that can ruin a lot of artists, because now they’re on this label, they’ve got so many years left, and they can’t do anything and [the label isn’t] helping them at all. They are not pushing the records.

So I was very lucky when my contract was up and Owen [Bradley] called me in. It was like, “Well, you’re going to do this, this, this, or we say bye.” I said, “Okay, bye.” [Laughs] I mean, it was hard. It was a hard time and I really thought at that time, “I’m just going to go back to Indiana and do what I’m doing.” I was married and my husband was going to Indiana University. Then when we moved to Nashville, he went to Vanderbilt in law school.

But I was just lucky. I was in the right place at the right time because before I left town, I was fulfilling my [appearance] obligations and I ran into Lynn Shults, who was with United Artists. We were just talking and he says, “Well, what label are you with now?” I said, “No one.” He said, “Will you come and talk to me Monday?” So things fell into place. And they put me with Allen Reynolds.

To say the least, that worked out.

There was one song here I didn’t recognize – “I’ve Seen That Look on Me a Thousand Times.”

That was a song that our engineer Eric Prestidge loved. He said, “You’ve got to listen to this.” It was a song that I thought, “You know, a girl doesn’t really sing this… And I’m going to do it.” And I loved that it was a Harlan Howard song.

Several times on this record, it’s a woman singing about the drinking and the cheating. What is it about those flawed characters that makes you want to step into those shoes?

I’ve always said that if I had all the heartache I’ve sung about in my songs, I’d be in poor shape. So you’re a little bit of an actress or an actor. I’ve worked so many little clubs and bars on the way up — and even in high school I’d work the little places I could get into without getting anybody in trouble — that you saw the heartache. You saw the people that these songs really was their life.

So you can get into that and sing about it. “Just One More” was one of Mooney’s favorite songs and when they’d come through and stop at Mom’s house, I’d have to sing a cappella — he had me learn “Just One More.”

How old were you?

I was probably in sixth or seventh grade. [Laughs] “Just one more and then another…”

A drinking song from a 12-year-old.

You’ve included “Hello Walls,” written by the great Willie Nelson. As a co-producer, what kind of vibe were you going for?

I was actually going to go for the style that Faron Young did, and have the type of harmonies with the “hello, hello” … and we didn’t [use that idea] because I let other people influence me. They said, “No, you can’t, you’ve got to change it a little.” But I did my own harmony on that particular song. You know, I opened for Faron. I used his band and we did some dates together.

I remember rehearsing with him and the group. They were incredible guys, and very, very special to me. They’d watch out. I was that young girl that — all of them, even Conway Twitty — if I was on their shows, they were going to watch out for me because as the little sister of Loretta, they knew that she’d kill them if they didn’t!

Here you are, this young woman, 20 or 21 years old, starting out with these middle-aged guys who are stars. I wondered how they treated you.

Everyone treated me great and I think it really showed a lot of respect as well for my sister. And you know, I’m not someone that’s going to come out there and be that floozy, too. I think the way you present yourself is a part of it. But no, they were all very, very, very good.

And with Faron, when I wanted to do “Hello Walls,” I had completely forgotten that Willie Nelson had written the song and I’m starting to sing it, and I said, “Of course, the phrasing.”

Your phrasing is distinct, too. At what point did you find your own voice, do you think?

I think working with Allen. He would say, “Now sing this song, do it different ways, and then listen back and see which you like the best.” See, he let me listen to my voice and not just go in and sing the song. Because I was a belter. I remember going in the first time and Charles Cochran’s playing the piano and I’m singing at the top of my lungs. Allen grins and he says, “Can you sing it a little bit lighter?” [Laughs] … Allen was laid-back like me, and was not forceful, but he did pull out things within me. He’d say, “Do you like this song? Because you’re going to be the one singing it. You better like it.”

What a gift, instead of a producer just telling you what to do.

Oh, it was incredible. I was used to people telling me everything but Allen knew it was going to be me out there pounding the road and he wanted me to have the songs that I felt really comfortable with. I get asked the question, “Do you ever get tired of singing ‘Don’t It Make My Brown Eyes Blue’?” I don’t, because that song — Richard Leigh wrote it — is so well-written. I’ve always said it says so much in so little. I love it that it’s not all these words I have to think about to sing. There are so many songs out there where it’s like, “OK, what verse is next?” But this song just flows, and I think that’s one of the reasons that it was as big as it was.