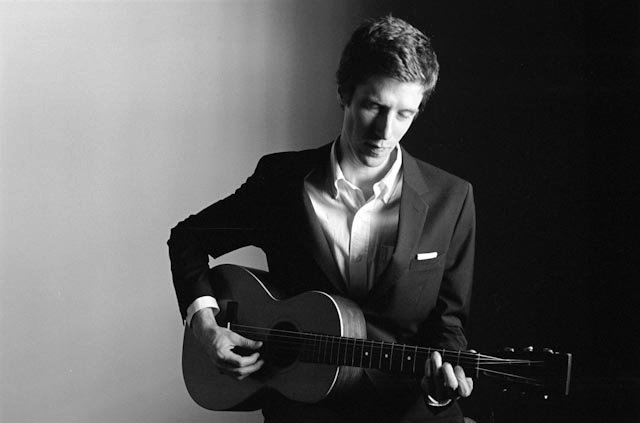 We're well into the swing of Fall now, with the leaves turning tremendous shades of red, orange, brown, and, of course, gold. The threat of winter might bum you out, but you ought to consider letting Daniel Martin Moore's new "Golden Age" soundtrack a pensive walk through those crunchy, gorgeous leaves. Hailing from Kentucky, Moore has a major gem with this tune: It's soft and thoughtful, but hardly morose. As the song slides along, you'll find yourself slowing down to appreciate your own golden age in the here and now.

"Golden Age" is the title track to Moore's brand-new record, something that developed as Moore realized the larger applications of the song's themes. "As is most often the case with my writing, I was thinking on a small, immediate scale — of my dearest ones — in our current little corner along the arc of space and time.  But, as we worked, the themes in the song only grew in magnitude, coming to underpin the whole album, and it felt right that it should be the title track," Moore says.

His gentle voice rings clearly over a piano, with strings and percussion simmering patiently in the background. Moore had a few assists from friends like My Morning Jacket's Jim James and fellow Kentuckian Joan Shelley on the LP, but he's long been a strong songwriter — his 2011 record, In the Cool of the Day, has held up as a beautiful collection itself. You can catch up to Moore and the rest of Golden Age now, or try to find him on one of the handful of tour dates he's booked this fall.