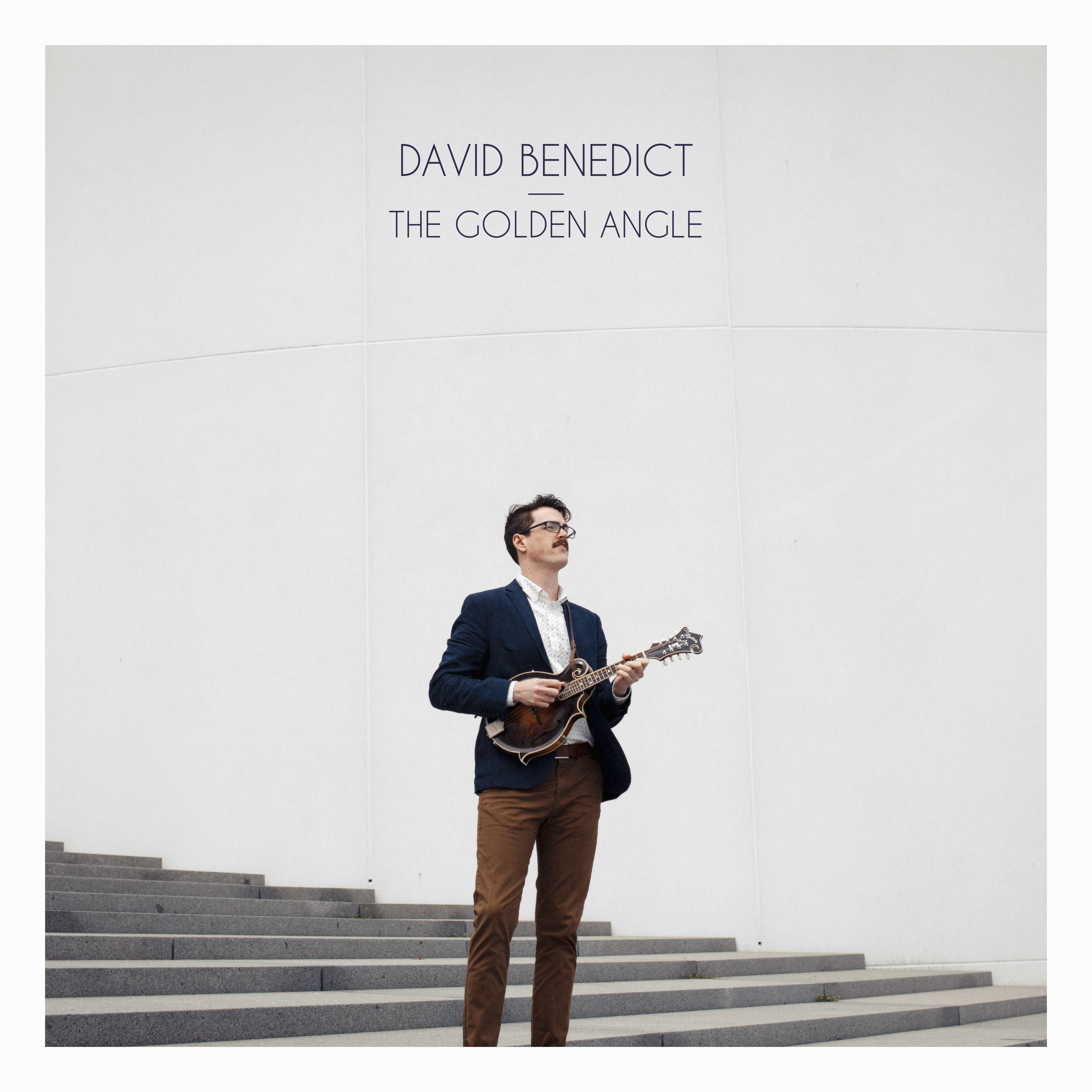 How does that old adage go? The one about “the company we keep” and all that? Based on the roster for his tune, “The Golden Angle,” it would seem mandolinist David Benedict had grown up with this principle as his cardinal rule. The title track of his upcoming album features bassist Missy Raines, the winningest bass player in the history of the International Bluegrass Music Association; Stuart Duncan, perhaps the most prolific fiddler and session player in Nashville and every bluegrass musician’s favorite musician; Wes Corbett, a former Berklee banjo instructor and one of the contemporary five-string’s most clever pickers; and Ross Martin, a flatpicker who impeccably combines the workhorse qualities of bluegrass with a more deft, subtle, jazz-flavored approach.

At the helm in the producer’s chair was another mandolin seer, Matt Flinner, whose fingerprints are found aplenty on the whimsical, Fibonacci-inspired tune. Like Flinner’s compositions, Benedict’s “Angle” is centered on a strong, cyclical melodic idea while it plays out linearly, each of the players listening intently to and building on what’s come before. It simultaneously registers as a danceable breakdown or a new acoustic chamber piece; it’s not better taken as one or the other, rather, its pliancy offers more varied perspectives on the song and its interpreters. Benedict’s voice as a composer and musician is remarkably mature and individualistic, without flirting with becoming too gratuitous — something that cannot be said for many pickers his age. It might be a safe bet to guess that these qualities are also thanks in part to the wildly phenomenal company he keeps, but either way, he should keep doing what he’s doing.