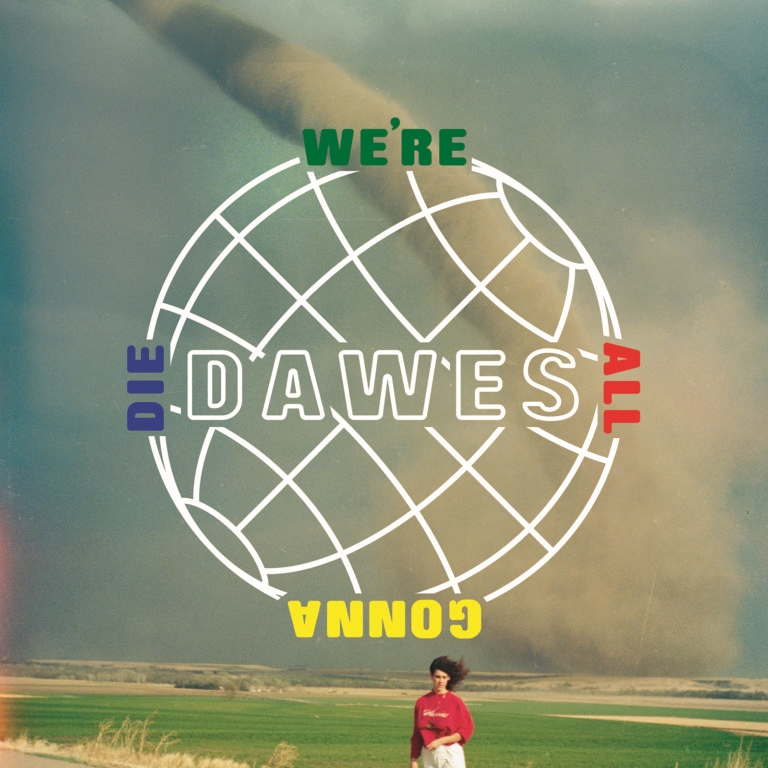 If you've always considered Dawes' folk-drenched rock to be easily identifiable, prepare for a double-take. The band's latest full-length, We're All Gonna Die, opens with a synthy sound and a singable, almost robotic chorus. But before die-hard fans decry the Dawes of the future, they'd be smart to listen on: As We're All Gonna Die soldiers through, the album contains the same understated contemplation in the lyrics and threads of country influence that drew fans in, but with the kinds of thoughtful advances that signify a continued growth.

The title track exemplifies the band's evolution. The song has a heavy, orchestral feel that's subtle enough to lay the framework for Taylor Goldsmith's sullen, laid-back vocals. It calls upon a concert-goer whose enthusiasm seems to outshine that of the singer: "I need to know your secret. I'm asking you for help. How do I fall in love with anything like you seem to do so well?" It's familiar territory for Goldsmith, who has always had a knack for delivering glossy-eyed nostalgia or relatable bummer jams in a format that still feels fit for the good time. "How can it be that bad, if we're all gonna die?"

At one point, Goldsmith wonders aloud whether he's "still the victim of [his] fears," but as the band takes strides on "We're All Gonna Die," the answer to that musing seems to be a resounding "no." By the time the final refrain floats away, the title phrase has successfully morphed from frantic paranoia to calming mantra — a metamorphosis that can only do the mind good.