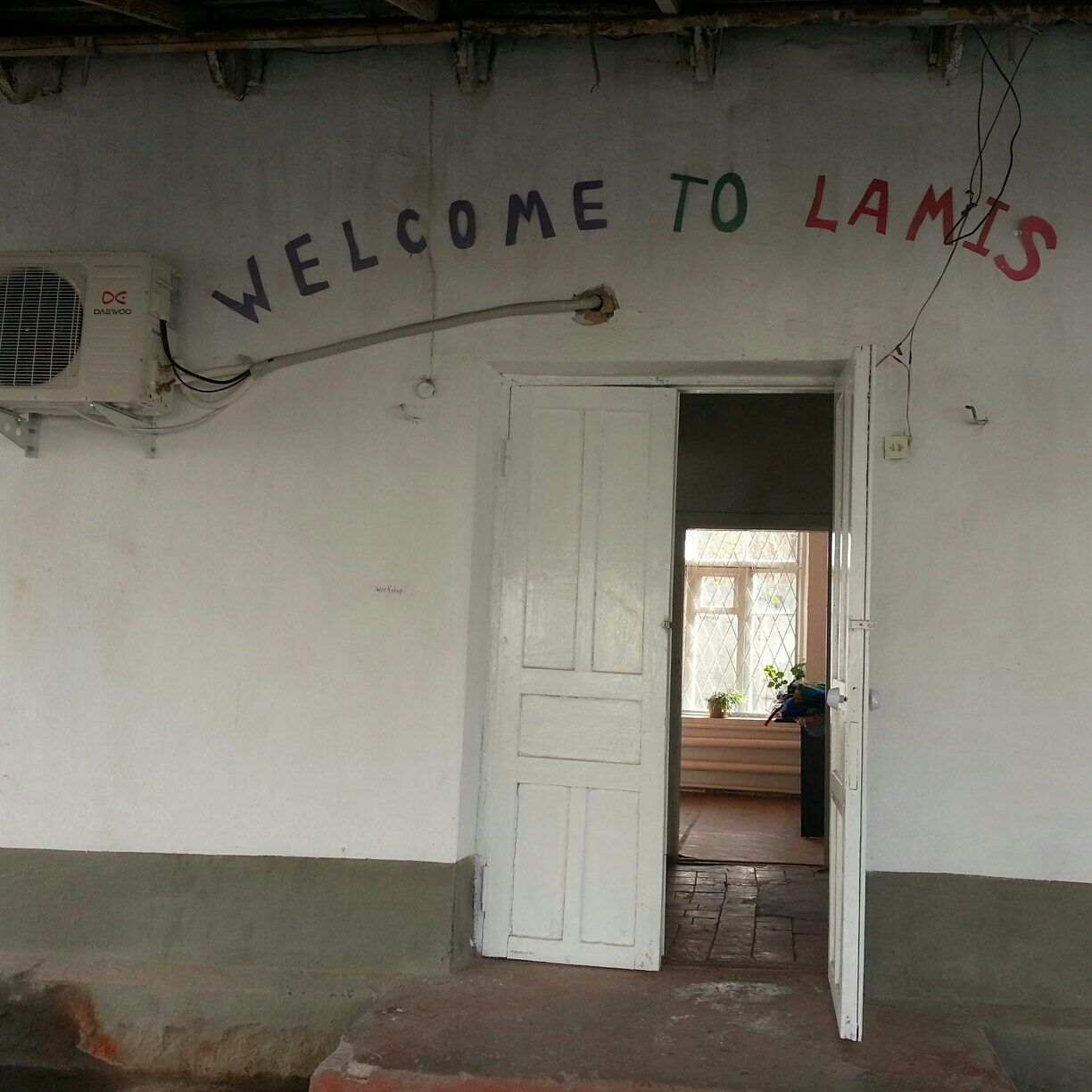 In our latest recap from the travels of DELLA MAE, we find the group in Tajikistan on their six week U.S. State Department sponsored journey.  Lead singer and guitarist CELIA WOODSMITH describes their recent experience at a local shop run by women in this week’s Dispatch.

Today was another heartbreaking/heartwarming day, the kind that we have experienced many times over during our travels through Central Asia. Not only was it a day off for us tired souls of Della Mae but also we were able to use our free time to travel to a shop in Dushanbe called Lamis. Lamis was spearheaded by a woman named Marina Specht in March of 2012. The purpose of the shop is to employ vulnerable Afghan refugee women who literally have no other options for work. The women range in age from 20 to about 55 and all were chosen based on a basic knowledge of sewing. All of the chosen seven have at least 4 children and had lost their husbands to war or abandonment. With some extra grant money Marina was able to rent a space, hire a professional tailor to teach them a few tricks and set the women to work making and designing traditionally inspired crafts that are alluring to Westerners.

There are far fewer Afghan refugees in Tajikistan than in Pakistan (7,000 as opposed to almost 2 million) and these refugees have a very hard time incorporating fully into Tajik culture. In 2000 the Mayor of Dushanbe issued a law forcing all Afghan refugees to move outside of the city to rural areas, and forbidding them to live in at least 15 cities. Since then, Tajikistan has only granted citizenship to 1,000 Afghani people who have been living in the country for over two decades. Many of the refugees are unable to make a living because there is no work in these rural areas. They must commute to the city, which is difficult and expensive.

Most Afghan refugees in Tajikistan are somehow able to scrape by on government aid or on NGO handouts. The women working at Lamis make about $130 a month, which allows them to take ownership of their livelihood. As we were talking to the women a few of them started crying when explaining how this shop has given them a purpose. Even though some of them don’t have a home to go to at the end of the day, working has given them a new hope. In their eyes you could see the emotional grief of war that had aged their bodies prematurely.

This was a particularly moving day, especially at the end when we gave them hugs and many of them were crying and whispering “thank you” into our ears. I honestly don’t know what they would thank us for. Perhaps taking the time to listen to their stories, and appreciate them as hardworking, strong and beautiful individuals is enough. Perhaps building these small bridges is the purpose we have been sent to Central Asia for. When enough of them are built, they will be stronger and more resilient than any one large bridge could ever be.

To learn more about DELLA MAE‘S journey with American Music Abroad, check out their first post for the Sitch from bassist Shelby Means.