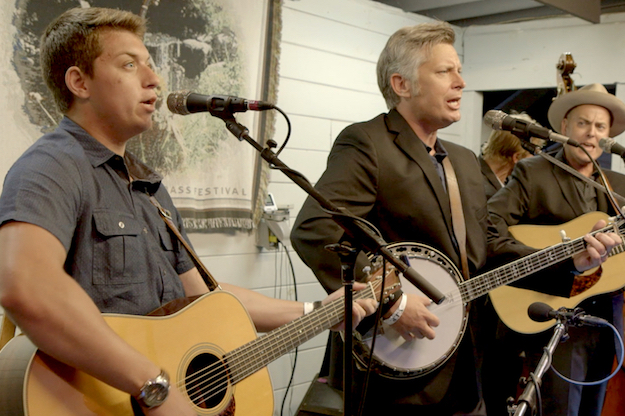 In recognition of Autism Awareness Day, the Bluegrass Situation is drawing attention to The Madness & the Mandolin, a new documentary about Kelley Gibson. The son of The Gibson Brothers’ Eric Gibson and his wife, Corina, Kelley received an autism diagnosis as a boy. Since that time, the family has faced its shares of challenges and breakthroughs, which are documented in the film by producer/director Dr. Sean Ackerman. The filmmaker answered some questions by email about The Madness & The Mandolin.

What inspired you to pursue this project?

My mentor, Jim Hudziak, MD, is one of the most influential child psychiatrists in the country. His research is focused on how wellness strategies like music, exercise, and mindfulness can change the brain and improve mental health outcomes. He and I were brainstorming about how to get some of those ideas out into more mainstream clinical practice. Then Kelley was referred to Jim, and his story is just a perfect reminder that changing the way you live your life — through exercise, meditation, reading, and music — can sometimes be the most powerful treatment. With my film school background in mind, we thought a documentary would be the best way to get the message out.

What was your time frame for filming and editing from start to finish?

Almost exactly 3 years. I took one day off a week for 3 years to put together the film. During that time I would occasionally set aside longer blocks of time to travel to film Kelley. To be honest, it was hard to pick an “end” to the filming, because Kelley’s story is still evolving. I see the film as document of one era of Kelley’s life. In the film Kelley’s Dad, Eric Gibson, calls that time “the beginning of something great.” I hope that sentence stands the test of time. Kelley’s well-being really means a lot to me. I grew to really admire him and his family.

For those of us who have never met Kelley, how would you describe his personality?

First off, Kelley is a bit of comedian. When he’s doing well, he’s always looking for a punch line. That doesn’t come across in the film because what we were talking about is so serious. After that, I would say Kelley, at his best, is a natural optimist and a natural hard worker. Despite being dealt blow after blow, he always gets back up again. There’s no real quit in him. I would say a lot of that is due to his family. They won’t let him quit. His parents — Eric and Corina — they may be humble, but the love they have for their kids is a force of nature. The extent to which they have battled for Kelley is inspiring.

The concept of mindfulness is a significant part of this film. Has this film affected your definition of that term?

Great question! Mindfulness has really become watered down in the current culture. For me, when I say “mindfulness,” I’m really thinking of meditation but without strict entanglements to a specific religion. The reason I think of mindfulness as meditation is because the research that supports the treatment of anxiety with mindfulness is generally about practices that could be considered meditation or close to meditation. 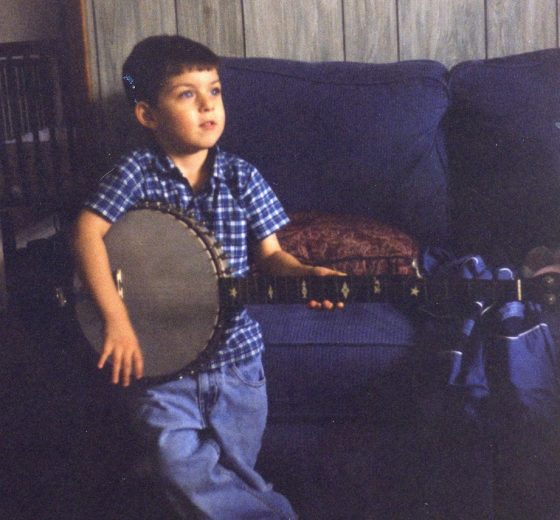 What surprised you the most about this story, once you wrapped up the project?

I was honestly very surprised by the bluegrass community. I feel like after going to a few festivals and interviewing people I got to know the bluegrass community pretty well, whereas before the film I had little knowledge of that culture. I was really impressed by how caring, how welcoming, how warm that community is. There is a section of the film set aside to portray that sense of community I discovered. Life isn’t always easy… so it was damn nice to stumble across a big bunch of decent people just listening to music together.

What do you hope people will take away from watching the film?

That there is now an impressive amount of research supporting various wellness approaches to mental health, and we need to take these interventions seriously. For the public in general it is meant to inspire people to pursue some of the wellness strategies in the movie. It is also meant to change how we as providers treat patients, and we’ll be showing it at various conferences to try to get the message out. We just screened at the national meeting for the American Academy of Child and Adolescent Psychiatry and had a great response. I’d like for providers to know what type and what “dose” of wellness interventions help for specific diagnoses. 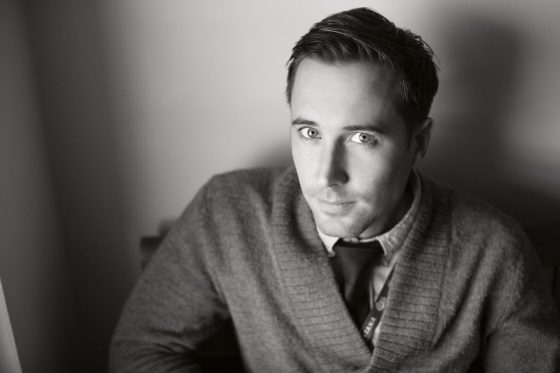 Then we need to really take the time to make the right recommendations to patients and help them overcome the barriers that prevent them from making lifestyle changes. For example, everybody knows that exercise helps depression and meditation helps anxiety, but few people know what type and how much exercise and meditation is actually research-based. Also, these are hard things for patients and families to motivate themselves to do. How do we help them overcome these barriers? The movie doesn’t get into all of the details, but it’s meant to inspire and start the conversation.

What was the personal reward for you after investing so much time into the film?

The joy it has given me. I mostly spend my current days working in medicine, but there was a time when I spent my work days exclusively in film. During my former life in film, I worked on some complicated projects with famous actors… but it never really made me happy. Making The Madness & The Mandolin was a truly inspiring process, and much of that was due to the sincere decency of the Gibson family. The time I spent with them continues to shape my work as a doctor, and it’s infectious… it is changing the way other providers think too after they see the movie.