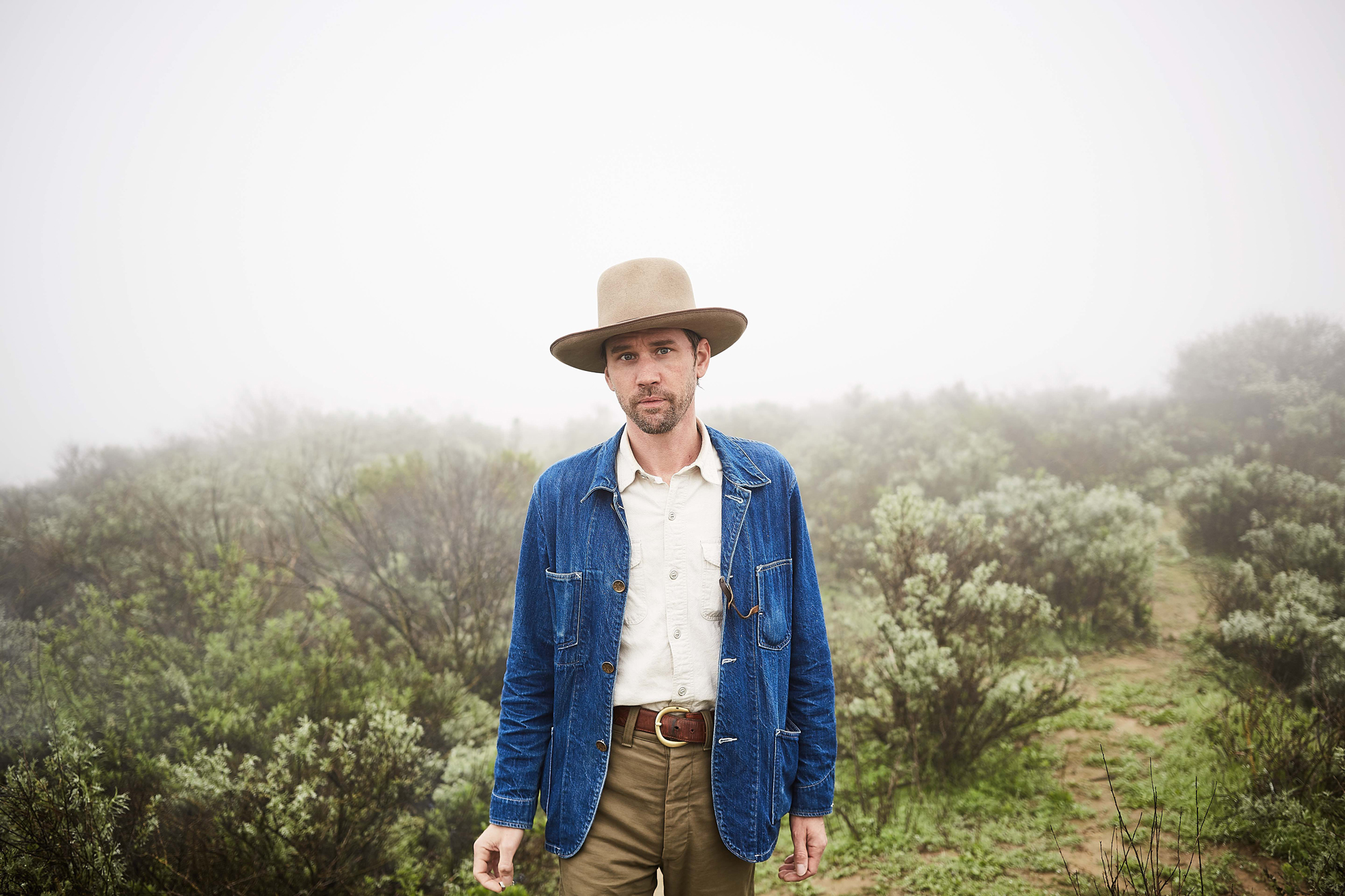 When Willie Watson steps out alone on stage in Allston, Massachusetts, he looks every bit as though he’s wandered out of another time. His wide-brimmed hat, plain button-down shirt, and twangy banter all pin him to a different era. Beginning to play the banjo, Watson overlays his preferred clawhammer style with warbling vibrato, all of which add to the picture — as if he’d been among the musicians who traipsed to Bristol, Tennessee, to participate in Ralph Peer’s recording sessions in 1927. Comments about authenticity have long dogged him, but Watson prefers to avoid such talk. He’s not attempting to recreate so much as create, and he just so happens to be using the past for inspiration.

The former Old Crow Medicine Show member is touring behind his sophomore solo album, Folksinger Vol. 2, which culls an array of folk songs — for example “Gallows Pole,” “The Cuckoo Bird,” and “John Henry.” To gain his footing, Watson looked to Lead Belly, Reverend Gary Davis, and more as models. For him, they’re players who created such magic through their respective voices and instruments that he jealously sought ways to participate in that feeling many decades later. He recorded Folksinger Vol. 2 with David Rawlings on analog tape, nodding to a sepia-colored sound. But for those who consider what he does in purist terms, Watson eschews such notions. This isn’t about a musician chasing the past or attempting to preserve it; the latest batch of songs on his new album are his attempt to get closer to a style of music he loves and hopes others might happen to enjoy.

Do you ever get the feeling you should’ve been born in a different time period?

No, not at all. I think there’s a time and place for all this kind of music. If it were a different time, then I wouldn’t have all these other influences that inform what I do and the way that I do it. I think I’m in just the right time. Sometimes this modern world can wear me down a little bit, but for the most part, it’s all good.

Your catalogue seems like a tip of the hat to the array of music Harry Smith once collected for the Anthology of American Folk Music. Why was it important for you to draw on so many different styles?

I didn’t really think of it as important; it’s just the stuff that I love. I don’t know that any of this is important. A lot of people seem to focus on that, like, “Oh, this is so historic and it’s preserving history.” The songs that I put on there, they’re just because I love all this old music and I want to do it all. I listen to a Neil Young record with Crazy Horse and I’m thinking, “These guys are having a really, really good time.” That sounds like something I wanna do. I really don’t wanna go out and play football with the neighbors, and I really don’t wanna go to track practice, and I certainly don’t want to study math, but I really want to be on that stage with Neil Young. It’s the same with this old music. You listen to Lead Belly singing with the Golden Gate Quartet and you think, “That’s some fun stuff.” It changes over the years, as you grow and you mature; your influences and things change. But I don’t know if it’s important. If it’s important to somebody else, then great. It’s important to me … hey, I don’t even know why it’s important to me.

Well something clicks. It’s a spark.

You’ve mentioned that you’re not trying to be a purist. To some extent, that mindset has run through and still runs through bluegrass and other folk traditions. Why is it important for you to avoid that restriction?

Just because it is a restriction, and I don’t like any of those restrictions. I can only do things in the way I know how. I never really liked bluegrass music; I never listened to bluegrass. It was okay, but it’s certainly not what captured my attention. What got my attention was old-time string band music and people like Lead Belly. Bluegrass, to me, seemed uptight. It seemed like those guys were wearing suits, and they all sounded exactly the same. It’s this very formal and very standardized thing that never attracted me at all. I couldn’t have cared less about banjo until I discovered what clawhammer banjo was, and what old-time string music sounded like. Since then, I’ve learned to appreciate bluegrass, and I’ve learned to love bluegrass, and I’ve learned the differences between certain people and certain players, but that came over time.

Interesting that you mention the formality of bluegrass because I know, in the ‘60s, listeners saw a more commercialized version of folk with the Kingston Trio and others.

Yeah, again that ‘60s scene, too, is sort of the same story as bluegrass.

It wasn’t what you were looking for.

No, definitely not. I was listening to some radio show, and this guy played something on the station … this guy was singing a song about all that, about how Lead Belly could kick the Kingston Trio’s ass, and how they were not the real thing. I’m going to recognize if something’s not the real thing pretty quick. I look for it. You’re not going to fool me. Kingston Trio, again, I was never into those guys. It was white bread and way too stale. Those guys didn’t have any soul.

“Authentic” can be such a loaded term, when you’re talking about preserving past traditions. What does it mean to you?

Just being honest. I mean authenticity isn’t necessarily … I don’t consider it being historically accurate. You take a mountain man, and he’s lived on the mountain his whole life — his parents did and he’s barely ever left — and he’s an authentic mountain man. That’s one side of it. I come from central New York state, but I’m honest. I love what I do and I love this music and I don’t have to live that life or live that culture just to play the music. No, I’m not a mountain man, and I didn’t grow up in North Carolina, but that’s not necessary to be able to feel it and genuinely be able to … I don’t want to say “interpret,” but yeah interpret it in your own way.

It is, right? Because these songs have been passed down and reimagined, they almost belong more to the interpreters than the originators.

Well, my versions belong to me, so far as I don’t feel I have ownership or possess them, but they’re my versions. I sing “Samson and Delilah” enough, and I sing “Keep It Clean” out on the road, and I put my sound on it. I feel like that’s my song. I don’t consider myself among the ranks of Reverend Gary Davis or anything, but I’m definitely one of the guys.

When I was watching your show last week, it reminded me of a tent revival, which was interesting to see in 2017 in Boston, that you’re able to reproduce that kind of community in a big metropolis.

That seems to be a big part of each night. It’s not like I set out in the beginning to do that. When I set out to do the solo stuff, I just set out to go back to work, really. I used to play in Old Crow and, all of a sudden, I didn’t, and I found myself with my hands up in the air saying, “What the fuck do I do now?” I can’t just sit around, I’ve gotta get out there and keep my name out there, and at least let people know that I’m here. Little did I know that nobody really knew who the fuck I was anyway.

The hardcore Old Crow fans and the earlier fans [did]. It just happened that my music seemed to really be affecting some people. I think the song choices we put on the first record — which were good choices and they really spoke to people — they reached people the same way that they do me and so, all of a sudden, I find that every night, just about every night, me and the audience have this real connection. That’s a real powerful thing.

It is. I had a ball doing the call and response for “Stewball” during your show. Speaking of that song, it has a similar strumming pattern to “Cuckoo Bird.” Really, so much of the old-time music was more rhythmic than melodic, so how are you trying to distinguish that for modern day audiences?

So many songs are the same song. The list is endless.

Right, and the variations on those songs.

“Cuckoo” and “Stewball” are definitely related. They’re practically the same tune. “Cuckoo” has a modal banjo tuning, so it makes it sound darker and mean sounding. “Stewball” is a major scale. “Cuckoo” has these few little notes that make it in the minor world, as opposed to major. I just do these songs in the way that I can. I’m not the guitar player that Reverend Gary Davis is, so I’ve gotta figure out my own way. It’s really just as simple as that.

Sometimes I’ll think I really want to do this Blind Willie Johnson song, but he’s playing some complicated slide guitar parts and, if I want to do that, I’m going to have to sit and get really good at playing slide guitar and that’s going to take me years. So how do I do it? Well, maybe I can play a Blind Willie Johnson song on the banjo … that’s no different than Bob Dylan taking a song he wrote 30 years ago and completely changing the tempo and putting a band behind it, and changing the song around completely. There’s nothing really new in that. It’s just basically the definition of interpretation.