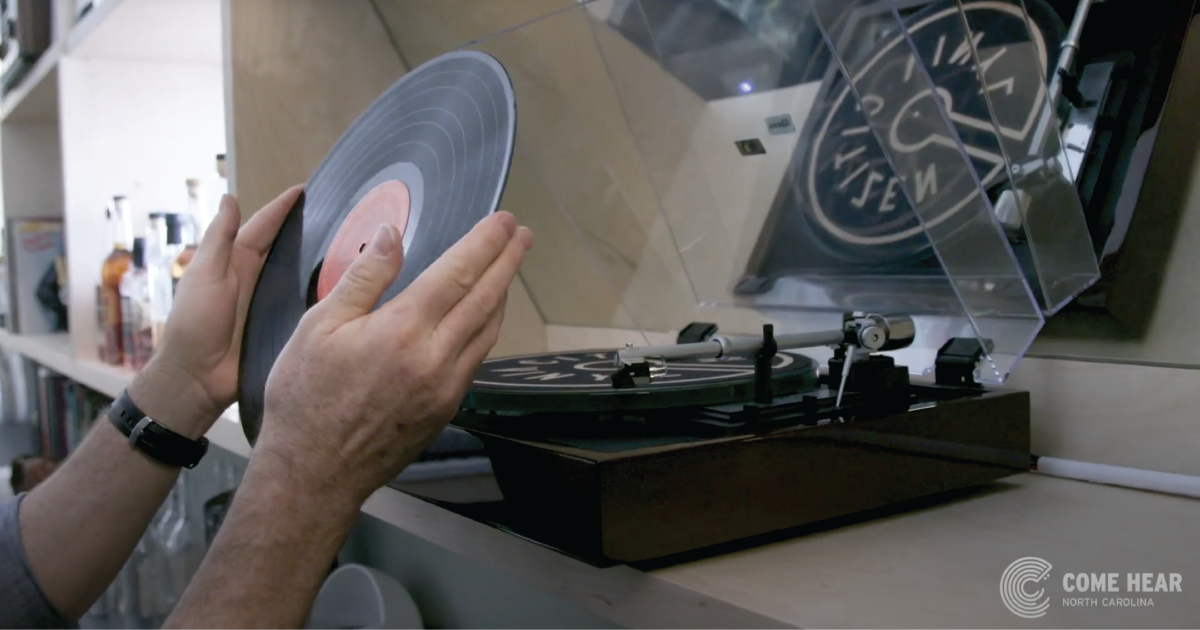 “Asheville, N.C., has long been viewed as a special place, funneling new sounds from the mountains to the world. In its heyday, the Asheville-based WWNC was one of the most popular radio stations in the country, and from its studios new bluegrass sound was presented for the first time to broad audiences across the country. It’s possible that Jimmie Rodgers (who lived in Asheville for a while) played ‘Carolina Sunshine Girl’ there, and the fiddles and banjos that have for so long rung out from the hollers and valleys of Western North Carolina found a way to the airwaves from the station’s studios.

“The building’s halls are full of history. Jim Lauderdale said of playing in places where great music has been made, ‘You get the feel about great music, it’s still livin’.’ No longer a radio station, it now houses Citizen Vinyl, North Carolina’s first record press. Mandolin Orange, based out of Chapel Hill, will be first off the press with a new double LP. Their music, full of guitar, fiddle, harmony, and a little twang, would have been right at home in one of WWNC’s old recording sessions.”

Check out the exclusive tour of the Asheville-based facility below: