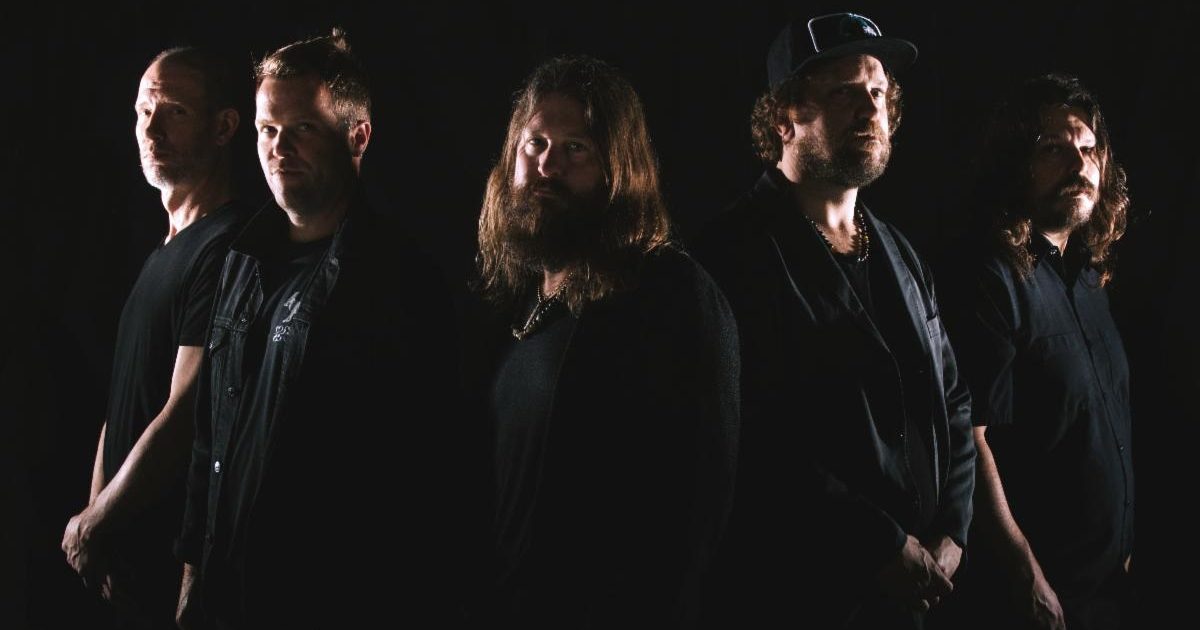 For a band as enmeshed in the live-show experience as Greensky Bluegrass, COVID-19 has been a heavy load to bear. Through cancelled shows, isolation and a two-decade milestone that came and went without proper celebration, a band notorious for letting their creative freak flag fly on hot-rod fusions of bluegrass, jam rock and Americana was cooped up … and stressed out. But not anymore.

Now back on the road and releasing that pent-up energy, Greensky Bluegrass have dropped their eighth studio album, Stress Dreams, which helps capture their difficult chapter in unique terms. For the first time, new members contributed songs to a project surely born of the moment, but not limited by it either. Fresh sounds, expansive arrangements and the most inspired storytelling of their career helped drive the group off the couch and back where they belong, with their ambition clearly intact.

“We’ve accomplished a lot,” dobro player Anders Beck tells The Bluegrass Situation. “We have an incredibly loyal fanbase. We play three nights at Red Rocks that are sold out [each year]. We’ve done it, whatever it is. But for me the idea of someone who’s never heard this band hearing this album, that’s what’s exciting to me, and I hope that happens. … We’re never gonna be [the biggest band in the world], but I hope the sincerity of our music comes through, and the sincerity of these five friends who support each other.”

Just before the album arrived, Beck called in to chat about Stress Dreams — and where the band finds itself, two decades in and one pandemic down.

BGS: You’ve just passed the 20th anniversary of the band, and this album makes it seems like everyone is still inspired by making music. How cool is to still feel that way after so long?

Anders Beck: Yeah, it’s crazy to me. It really is. It’s insane to think the band has been doing this for that long. I joined the band [13 years ago], but Dave [Bruzza], Paul [Hoffman] and [Michael Arlen] Bont, when they were living in Kalamazoo, they were literally like 19- or 20-year-olds. … The first time they played was a Halloween party at Dave’s house full of stoner crazy people, and someone asked what the name of the band was. They didn’t have one, so someone said, “You should call it Greensky Bluegrass.” It was the first time they played! To me it’s really funny.

At the time they were a traditional bluegrass band, and for the first seven years or so they played around a single mic. But the joke of Greensky Bluegrass, the pun at the heart of it, is that “Greensky” is the opposite of “Bluegrass,” right? That’s why it was funny, it was a joke. But then as we have evolved, we have become more like our name than anyone could have imagined! I was talking to someone about it the other day, and it was like “We play bluegrass, but we also play the opposite of bluegrass, and that’s what Greensky Bluegrass is.” The name that someone made up at a house party has really come to fruition.

Last time we talked, it was 2019 and All for Money was just coming out. A big part of that was capturing the passion of the live show, so what was the approach for Stress Dreams?

We had sort of planned on making a record around 2020 or so, and then, you know, a global pandemic hit. We didn’t see each other for months and everything was shut down, so I think we all started writing a little more topically. … It was weird for us, and the songs sort of evolved because of the situation we were in. It was incredibly unique, and not something I expected – and also not something I’d ever choose to do again. But to have our bass player, [Mike] Devol, for example, who has never written a song (or at least never showed us a song he wrote), all the sudden he sends us these songs that are unbelievable, like “Stress Dreams,” “New and Improved,” and “Get Sad.”

Even I wrote a song called “Monument,” and it’s the first one I’ve ever written for an album of ours. … After COVID, I just felt like I had something to write about, and that’s what “Monument” is. The reality is you spend so much time building something, and then suddenly it’s just kind of swept away. The rug gets pulled out from under you. … But we decided that we didn’t want it to be a sad song — like it should be optimistic — so we made the melody and chords and the whole vibe like, if this is the first song we play when we come back, and there’s 10,000 people in a field at Telluride or Bonnaroo or something, let’s make it feel like that vibe. So we did, and it worked! Playing that song at Red Rocks this year, after having one or two years cancelled, it was fucking emotional.

How did recording Stress Dreams work out? Was that one of the first times you could all get back together?

Totally. We did some pre-production in Winter Park, Colorado, where we went to a cabin and started sharing songs for like five days. … Then we all flew to Vermont, and this was like the height of COVID. Like, sketchy times. At the studio, we were nervous about getting COVID from the studio people, and they were nervous about getting COVID from us, so they literally just handed us the keys. It was awesome. … We were there for two weeks. Then we went home for a month or two, listening, then we go back to Asheville to Echo Mountain, where we’ve recorded before. That place feels really comfortable. We did two weeks there, then went home for a while and then came back to do two more weeks [in Asheville]. It was almost, I don’t want to say leisurely, but we had time to fuck around.

That’s not the normal pace, since you’re usually busy on the road. Did that have on any impact on how the sound evolved? I noticed a lot more classic rock-y guitars and pianos.

Well, the electric guitar sound is me on dobro, and that’s evolved from our live shows. I’ve created this thing with my dobro where I put an electric-guitar pickup on it, and Paul Beard, who builds my dobros, helped me do that. So, I can flip a switch and it goes to an amp, so it’s actually a real electric guitar. …

Like on “Grow Together,” I was playing my dobro through twin Marshall stacks, the exact year and setup that Jimi Hendrix used. Glen, our engineer, was like, “Well, you know what Jimi did,” and he flipped some cables around and I sent a video of it to Jerry [Douglas], and he texted me back like, “Did it feel like it was about explode?” [Laughs] … The piano player is Holly Bowling, who got famous by transposing the Phish and Grateful Dead jams note for note. She’s one of the two “sixth members” of our band, and Sam [Bush] is the other sixth member. [laughs]

After a lot of tension and anxiety in the album’s first few acts, it ends on a more hopeful note with “Grow Together” and “Reasons to Stay.” Did you purposely try to leave fans with that feeling?

The idea at the end, the feeling for me is that we made it through. “Reasons to Stay” was kind of a late addition to the album, and at first I was like “I don’t know,” but then two hours later I was like “This song is the shit! It’s cool and sexy.” Then songs like “Give a Shit,” which are fun songs. Paul showed me that and I was like, “Yeah buddy, good job.” Then you’ve got songs like “Get Sad,” which is one Devol wrote, and that’s just intense. I remember when he showed us that and I was like, “Jesus Christ dude, that is emotional stuff.”

Maybe this is too much, but when we record albums, there’s always a weird something weighing on you. All your favorite bands, at some point you’re like, “Man, I liked the last album better.” At a certain point that happens, and I personally don’t feel like that has happened to us yet. Every album we make, I feel like the growth is important and real. We keep creating Greensky music through this evolution of ourselves, and it’s such an interpersonal process.

We’re just being ourselves, and we used to be so nervous about “Are we playing bluegrass or not?” And all the traditional people hate us or whatever because we had the word bluegrass in our name – but they didn’t get the joke! Greensky is the opposite! We had to spend so much time explaining that “We’re like bluegrass, but we’re not,” that it was hard for a while to deal with that. I think now, it’s evolved enough that we’re just ourselves. And it feels good.