Growing Up in Nashville With Immigrant Parents, Gabe Lee Finds His Own Road 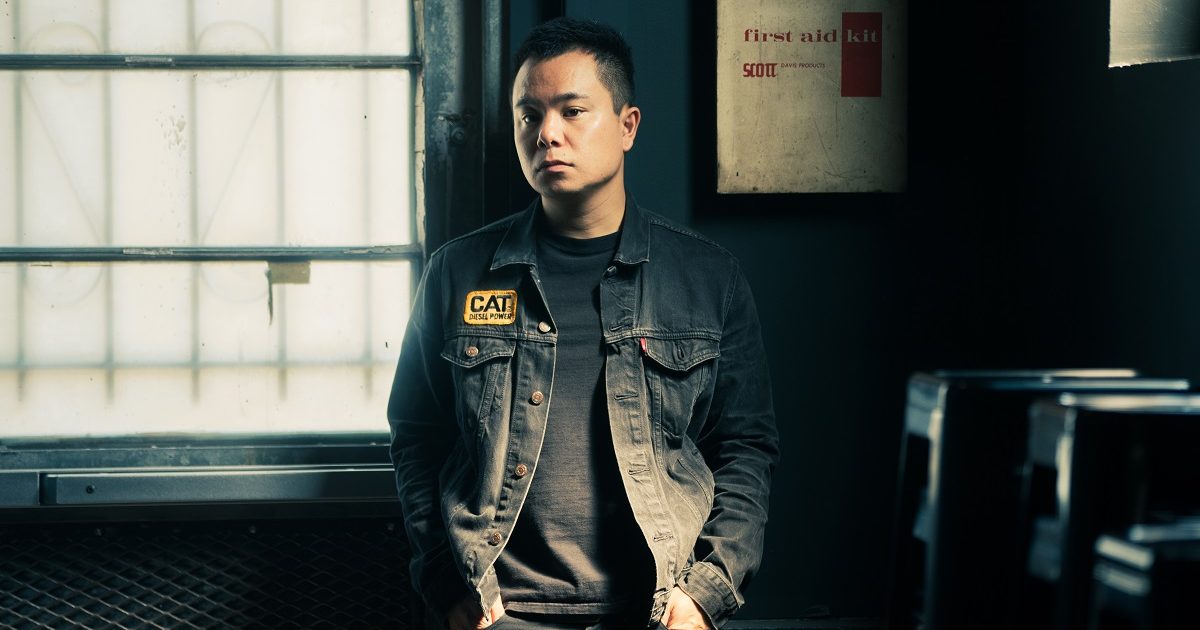 In many ways, singer-songwriter Gabe Lee is the consummate Nashville native. A folkophile raised around church music and enthralled by the work of everyone from John Prine to Nikki Lane, he trained as a concert pianist and tended bar for the thirsty tourists, then went on to create a righteously retro brand full of tasty twang and true-to-life lyricism.

Think of that as his Nashville-based, Americana-artist starter pack. But as a second-generation American raised by Taiwanese parents, Lee also has a unique point of view on this city of dream chasers … and on its power to mold.

That perspective informs much of his third album, The Hometown Kid, a project that traces the effects of growing up in Nashville but dreaming of what lies out there beyond its borders, only to actually find out. The follow up to 2020’s well-received Honky Tonk Hell, Lee’s new effort arrives after his first taste of success (plus the whirlwind of travel that came with it) and comes with a diverse roots-rock sound informed by his journey. But rather then romanticize being gone, it may ultimately find more meaning in coming home.

Just before The Hometown Kid’s release on October 28, Lee spoke with BGS about his unique Nashville roots, and how coming home was the right call for him.

BGS: The Hometown Kid follows Honky Tonk Hell, and that wound up bringing you some real attention. How were you feeling heading into this new project?

Lee: Well, we’re always chasing, man. … This is our third record, and I guess like a carpenter makes however many chairs before he makes a perfect one, every single time we get back in the studio, every time we write another song, we’re just trying to hone things in.

The Hometown Kid felt very natural to me, kind of telling stories about finding my way home, and images and vignettes that have always inspired me growing up here — which I think has made its way into all of my songs, really. … But especially ‘cause Nashville’s changed so much, we’re really wanting to express my love and my journey being a Nashville native.

Tell me a little bit about that journey. Do you feel like you had the typical Music City childhood?

Absolutely, I think the emotions and the experience on this record are really not particularly unique from anyone else’s, but I’ve been lucky to have been brought up here. Through a web of circumstances that brought my parents to the States in the ‘80s, they finished their education, found their first real career jobs in Nashville, and then found a house in Bellevue, which they now own. We’ve been out there my entire life, so that stability — in this town that is full of folks moving in and moving out constantly — is definitely unique.

I’m inspired by folks who uproot themselves and chase a dream and move to Nashville, pursue music with a guitar and a couple bucks. It takes a lot of guts. But the message here is, we all have felt pain and loneliness and sorrow, and we’ve all felt joy … We’ve all been out there on the road and missed home, and we’ve all been at home and kind of felt like we were missing an opportunity, you know, out in the world. As a traveler now, I feel that all the time.

Those themes you write about are definitely relatable, but you also have an interesting perspective through your Taiwanese heritage. Does that get woven into the songs?

I’ve definitely created my own community here, growing up around the culture of Music City and the lifeblood of music business. I’m very entrenched in that, but with my parents, their story is inspiring to me, too. My parents are a huge part of my music education. My mom’s a pianist. She’s played in the church growing up. She still plays in the church on Sundays. Even if I haven’t gone in years [laughs], church music was a great foundation for my love for music in general.

Plus, think about the language barrier, the culture shock, all those things [my parents dealt with] in coming here. They were chasing a dream, too, like “I’m gonna work hard. Head down. Save money. Have a better life for my kids.” And I’m lucky to be the recipient of that. … They’ve invested in my music ever since I was a kid. I was doing school bands, piano lessons, church choir and all that nerdy stuff. I think I was built for it in a lot of ways.

Why did you start the album off with “Wide Open”? It’s so mellow but feels like it’s about to explode somehow.

I think it was really good summation of my emotions the last couple years. I’ve been a bartender for 10-plus years, since high school almost. And this last summer was the first time I haven’t needed to pick up a shift. I’ve been able to survive on the road, opening for some really great acts and, you know, sleeping in the car at Love’s [laughs]. Just living the glamorous life! … But it’s like, this is what I wanted. This is what I’ve been pushing for. This is what everyone has to experience at some point if they want to level up. “Woke up in a hotel room/Whole place is shut down/But I’m wide open.”

“Over You” has a cool, John Prine-style line – “Take me through the valley/To Williamson County/ Where even the garbage is clean.” What does that mean for non-Nashville listeners?

I used to bartend out in Cool Springs [a retail area in Franklin, Tennessee], and the demographic out there is very different from the demographic in downtown Nashville — where I’ve also bartended [laughs]. It just came to me because of our current national state where it feels like people are on edge, no one feels like they have enough, but people are still fucking raging and partying and enjoying themselves — ‘cause they can. So “where the garbage is clean,” it’s like one man’s garbage is another’s treasure, and that was a way for me to impart that on this heartbreak song. It’s like, just take me somewhere where I don’t feel like such a piece of shit.

The single “Rusty” pairs this heartland rock vibe with a theme of time passing, striking out on your own and trying to figure yourself out. What have you learned by leaving home?

It starts with “All the roads around here will get you where you’re going/All the roads around here will slow you down some day.” It’s just one of those things every person can understand, a great metaphor for everything we face constantly. It’s like, you could sit there like everybody else and wait your turn in line, or you could forge your own path — and then you’re responsible for the consequences. I guess it’s the story of The Hometown Kid, from top to bottom. And not only is the road a very real place for travelers, or touring musicians. I mean, everyone is on their own road in so many ways.

Really, “Rusty” was about a crossroads in my life where my relationships were not great. I had kind of separated myself one summer and I was working an odd job out in East Tennessee, and I just realized, I really don’t want to go home. I really did not feel like I belonged. It was the same going to college in Indiana instead of Belmont [on a piano scholarship]. Leaving home and pursuing music on my own terms literally changed the course of my life. But then ultimately, coming back to Nashville has always been the right decision.