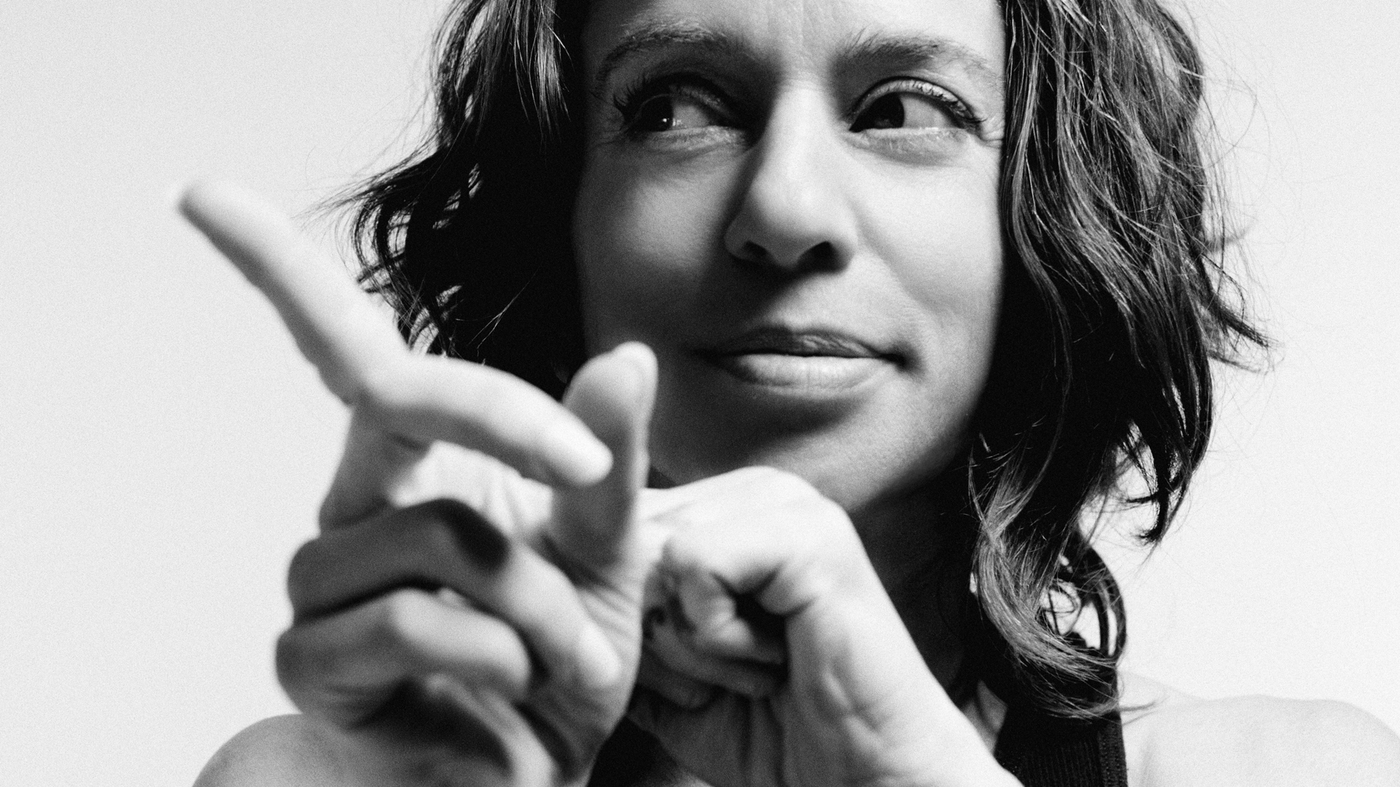 With me today in the Writers’ Rooms at the Hutton … Ani DiFranco.

Nice to be here.

Your latest record, Binary … I want to get granular on some of the themes because you have recurring themes going on here. And I love your brain because your music makes me think and feel so much about the world around me. So let’s get into that.

Connection with each other, with nature, with life in every possible manifestation… do you feel like advances in technology have helped or hindered all of that?

Yeah. I feel all of that and more. Yeah, see, this brings us right to my ongoing meditation of late in my life which is that everything is binary. And, by that, I mean not either/or. I mean both. Always. All the time. Everything is made of relationship. That’s my new way of looking at stuff. Ones and zeros … it brings us closer together. It increases our information. And, yet, it separates us and isolates us and makes us less conscious through that separation and isolation. So, it’s all happening.

Possibly. Yeah. I don’t know. I’ll pontificate with you all day. Let’s go!

When you’re up in someone’s countenance …

Conversing with their heart! BAM! [Laughs] Yeah. I think it has a propensity to draw that out of us. So I think there’s a danger in it. There really is. Of course. Anything that powerful of a tool is going to be dangerous.

That’s one of her ideas, that you can’t hate close up, so get close up with people.

Yeah. Get to know your neighbor who’s too loud.

If that’s what it takes.

Totally. Mr. Rogers. He rocked that stuff back in the day.

Which points to the premise of “Pacifist’s Lament”… which is, who among us is ready and willing to step fully onto the high road? You have to have a bigger vision and a lot of humility to know that winning at all costs isn’t winning at all. So, how do we get there?

Yeah. Yeah. This competitive advancement of the species. Yeah, maybe, to some degree. But, really, cooperating is how we succeed.

I guess that song, “Pacifist’s Lament,” comes right out of that moment of recognition when I’m sitting there watching the NRA lady say whatever the talking points are and I’m so full of anger that I just want to shout at her. Then I remember when that kid shot up that church in South Carolina and the families of the victims stood before him and spoke to him like a human being, said, “I forgive you.” They said just the most humbling solution to the world’s problems. They’re living and breathing and showing us the way. And I have so far to go, myself.

But I think, as a society, we’ve slipped so far from this idea. We can’t dismiss each other. We just can never give up on each other. We have to reach out and build bridges over even the most turbulent waters. So, I mean, it’s a daily struggle for me as much as anybody.

The idea in “Telepathic” of putting yourself in someone else’s shoes, that sort of deep empathy of trying to imagine what burdens they’re carrying, what fears they’re facing … is that something you do?

Yeah. And you don’t have to think about it at all. You just feel it. You just feel it in a moment sometimes with people. All the distance that can lie between you and someone on the other side of the counter. All of the walls. All of the veils. I guess, yeah, connected to what we’re talking about, I just want it to all go away. I want us to all be family, but we can’t because of so much in society and history. It’s that searching around — and not even intentionally — just when you feel what someone else feels, it can be overwhelming.