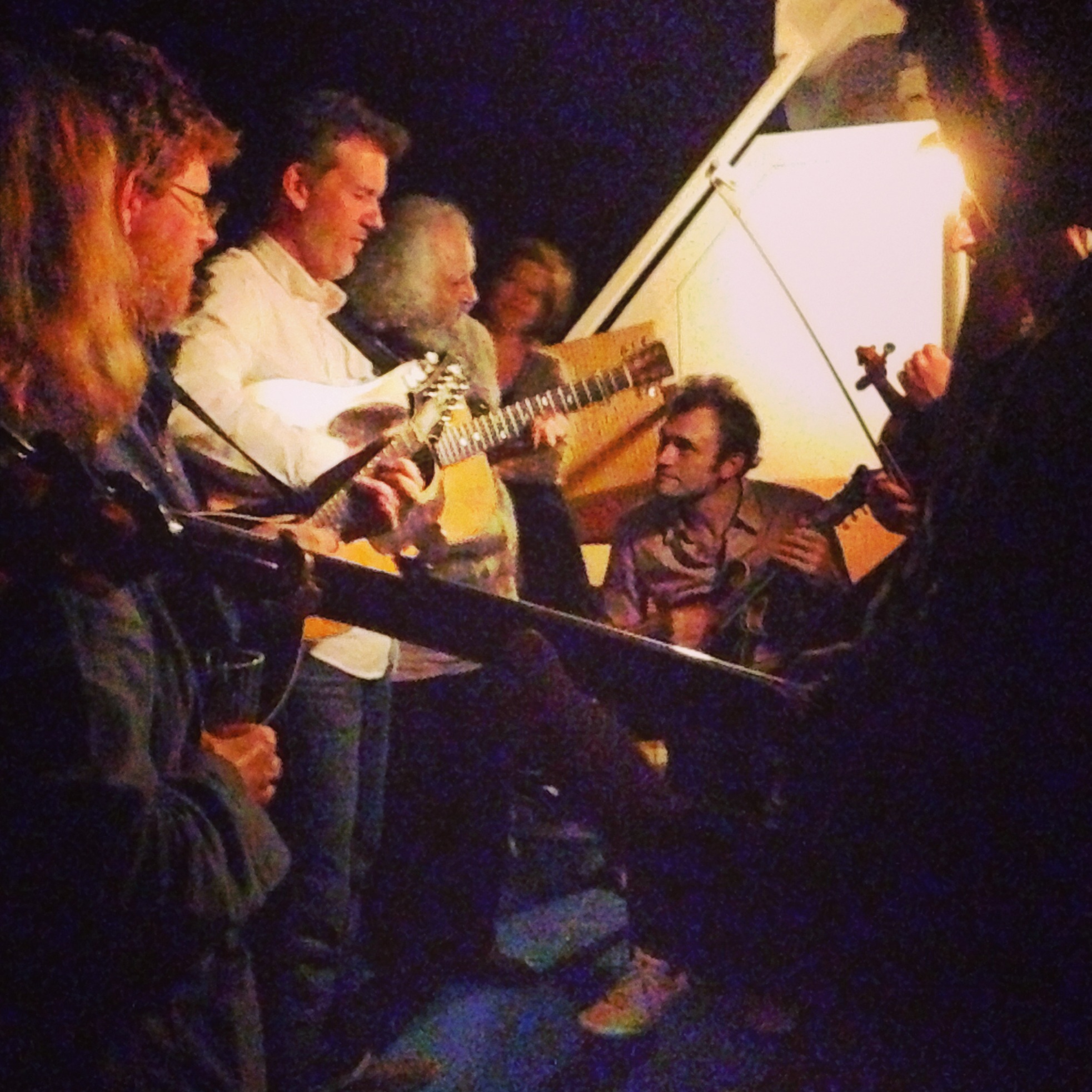 As some of you may have noticed from our previous posts and Facebook updates, we were on a cruise a few weeks ago.  But not just any cruise: a bluegrass cruise — Mountain Song at Sea — along with some of our favorite people and best musical acts on the scene today (you can read more about the whole thing in Lee Zimmerman’s recap).

Amidst the sunshine and Bahamian breezes, few things scored higher for us than this very special moment that took place on the pool deck during our second night.  It’s just…. ugh.  You know what? We can’t even begin to say how great this is.  You’ll just have to watch…..

In other news…. here’s what else has been all over the internets this week…

• This legendary recording took place forty years ago this week at KCET studios in Hollywood.

• IBMA’s Leadership Bluegrass Class of 2013 was announced…. and we’re more than a little proud to be included.

• And speaking of the Grammys, this was a pretty off the wall performance.  Brittany Howard’s voice gives us chills…