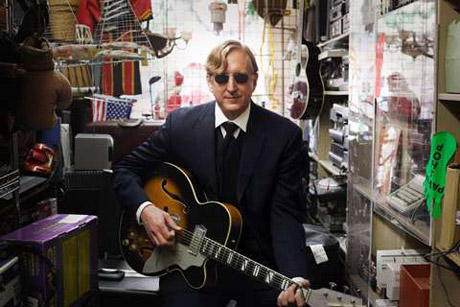 As many of you already know (and I’m sure some of you have already purchased), last week marked the release of the ten year anniversary edition of the (now legendary) O Brother Where Art Thou soundtrack.  This two-disc special edition has almost forty tracks of classic and modern recordings that influenced and were used in the film.

And so, for your sensory pleasure, here’s a slightly different rendition of what has probably become the most recognizable song from the Coen Brothers’ classic:

A few weeks back, producer-extraordinaire T. Bone Burnett was featured on WXPN‘s World Cafe with David Dye (side note: WXPN was literally my favorite thing about growing up in Pennsylvania.  Thankfully, World Cafe is now syndicated all over the place, so one can listen to it every night on LA’s 88.5 KCSN…).  It’s a really fascinating interview about the film, the album, and the cultural phenomenon that followed.  Though let’s be honest– David Dye could interview a rock and I’d still be interested.  Fortunately T Bone is much more interesting than a rock.

Perfect weekend listening, if you ask me…

So, readers, what are you up to this weekend?