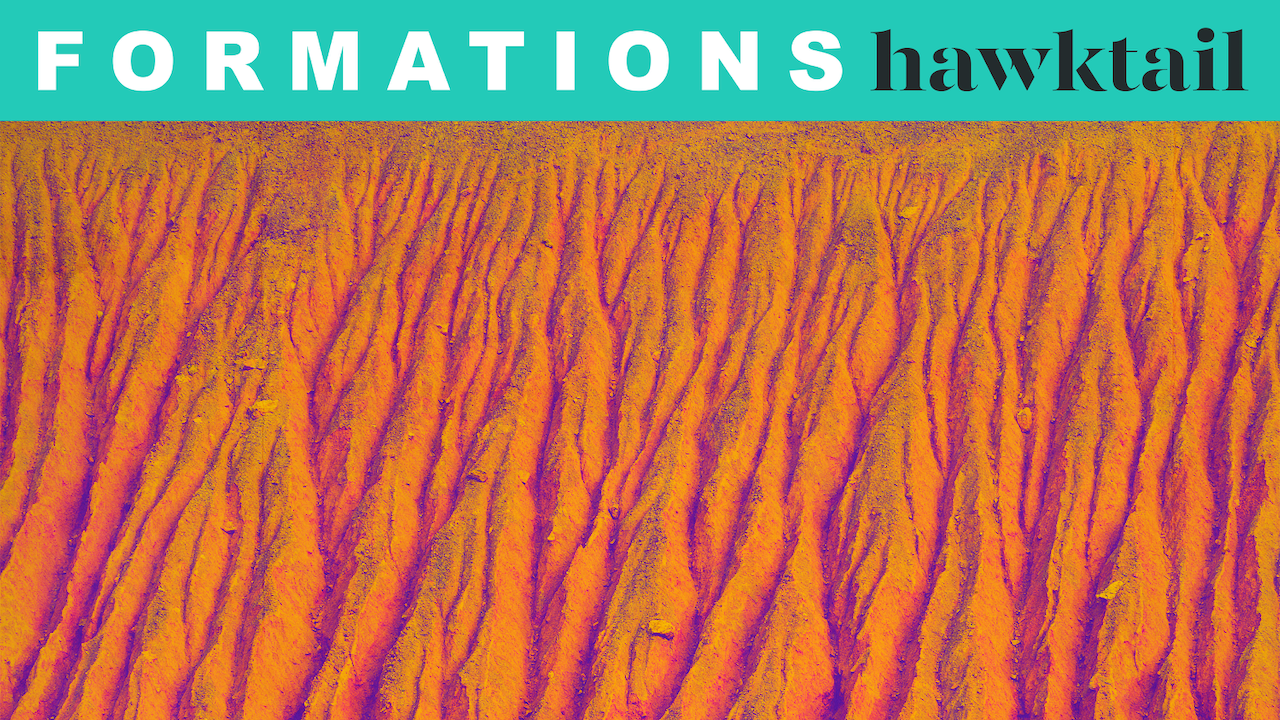 Impossible combinations. Hawktail makes them seamlessly, time and again, with their effortless-while-labyrinthine brand of instrumental string band music. Their brand new album, Formations, is their first conceived and executed wholly as a four-piece. Mandolinist Dominick Leslie joined the lineup of Paul Kowert on bass, Brittany Haas on fiddle, and Jordan Tice on guitar after Hawktail developed most of Unless, their debut, as a trio. Confidence and ease permeate the new record, along with a palpable sense of intense listening and a feeling of space, openness, and synchronization. With virtuosos such as these it’s hard to imagine that they could possibly grow closer, become tighter, more enmeshed — but it would seem after little more than a year these four certainly have.

Tice introduces “Padiddle,” Formations’ penultimate track, combining a bouncy, folk-rock inflected melodic hook with a smoldering, bluegrass-born conviction. An all too rare pairing in string band music, these modern, impetuous musical ideas don’t always emulsify with age-old, dyed-in-the-wool techniques. With each of the six originals on the record (and, of course, the Väsen cover, too) Hawktail are, as always, daringly inventive. But on Formations they’re distinctly proud to be catchy as well, flirting playfully with pop while still constantly reinforcing the deep roots of their collective pedigrees in fiddle music, old-time, bluegrass, and plain ol’ pickin’. An overarching impossible combination coloring the entire collection of tunes must be this: That something so timeless is also remarkably contemporary.