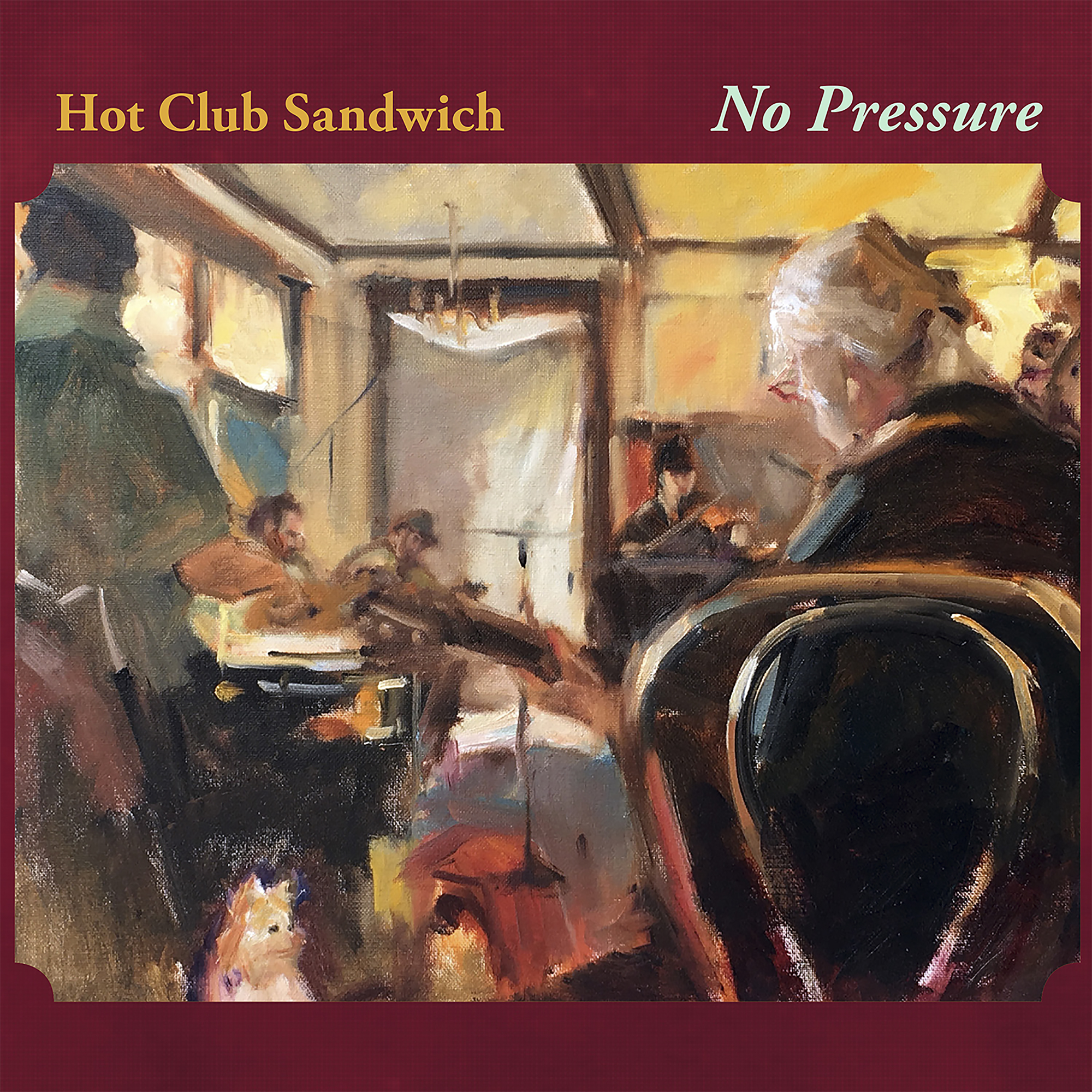 Swing is the most bluegrass-y subspecies of jazz. The chunk of the guitar chopping and comping away, the improvisational fiddle, and the walking bass solos almost guaranteed to elicit applause are more than reminiscent of ‘grass. It’s not uncommon to hear standards played in the style of Django Reinhardt and Stephane Grappelli wafting from more progressive bluegrass jams. Quintessential numbers like “Swing 42” and “Minor Swing” morph seamlessly into new acoustic favorites like “16/16” and “E.M.D,” both written by David “Dawg” Grisman. Dawg, arguably more than anyone else, is responsible for bringing swing and gypsy jazz to the bluegrass masses — but he isn’t just a jazzy missionary to more folky, old-time realms; he has made a home for himself in the heart of the swing scene, as well. He’s as comfortable straddling the fence as he is jumping down and spending some quality time on either side.

On the opening track of Hot Club Sandwich’s just-released album, No Pressure, the duo of mandolins make this bluegrass comparison most palpable. But don’t be mistaken: This band, this album, and this track are all swing. Hot Club’s mandolinist Matt Sircely and Dawg himself, the writer of “Swang Thang” and the album’s producer/advice guru, twin the tune’s bouncy, whimsical, jovial head and swap licks with each other during the solo sections. Listeners may feel a sudden urge to run away to the countryside in France, or to sip wine or snooty coffee at a street side café, or watch an indie movie or Fiat/Vespa car chase after a dose of this swang. It’s a pleasure to hear Dawg do what he does best with this Washington-based string outfit that’s been carrying the swing banner for going on two decades.