Ian Noe Finds Carnage and Compassion in ‘Between the Country’ 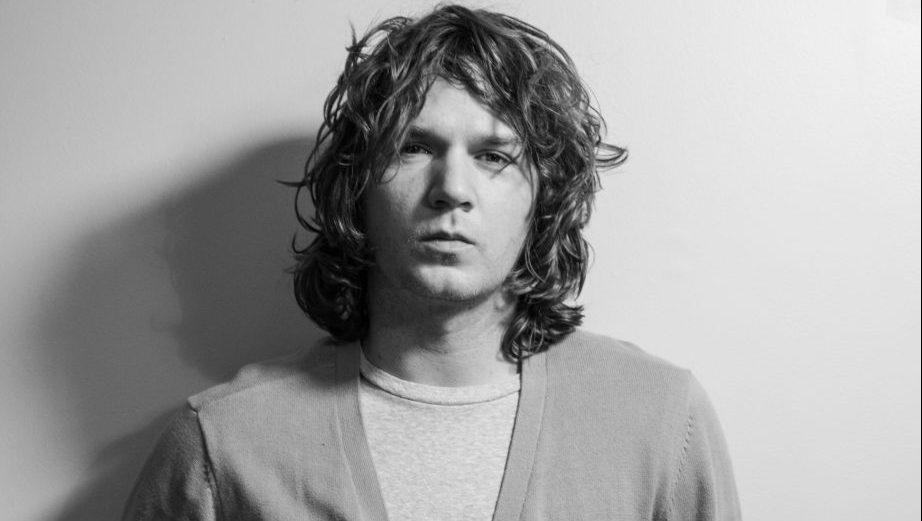 Folk rocker Ian Noe captures both beauty and ugliness on his debut album, Between the Country, populating his isolated Eastern Kentucky home with vivid portraits of human carnage.

Heavily influenced by John Prine, the 29-year-old writes with insight and deep compassion for what some might describe as the dregs of society. Meth-addled junkies, alcoholic drifters, and the gangs that prey on them dominate his songs, but he says shock and awe has never been his real goal. Instead, it’s to write songs reflecting the hardscrabble truth of his hometown. It’s a great place to grow up, he explains, but there’s no denying the dark reality which lurks down almost every holler.

“I guess it’s just the environment and the stuff you see growing up in Eastern Kentucky,” Noe says of his inspiration. “There’s a vibe to it. I hate to be so vague, but there’s a definite vibe.”

Noe has articulated that vibe so well he was invited to serenade Prine during a pre-Grammy Awards tribute at Los Angeles’ iconic Troubadour in February, and this summer he’ll open a series of shows for the legend in Europe. But for now he’s touring the U.S. with a batch of tunes that make traditional murder ballads sound like lullabies.

Noe spoke with The Bluegrass Situation about his admiration for Prine’s work and how it led to Between the Country, as well as his connection to the doomed souls of his songs and producer Dave Cobb’s help in creating a full-band sound.

BGS: Your vocal and the literary quality of the lyrics remind me of John Prine, which I’m sure you get a lot. How big of an influence was he on you?

Noe: Oh, he was huge. I would have to say he’s definitely the biggest influence for me. I started out wanting to be Chuck Berry on guitar, but it didn’t take me long to realize I wasn’t Chuck Berry. [Laughs] Then I heard John Prine through my dad, who would play his songs all the time in between Merle Haggard and Neil Young. But when he went to Prine songs, they would stick out … and I was just obsessed ever since.

What was it that stuck out about Prine?

He can just take simple things and make them profound. He’s the best at that. He can look at a sidewalk and write a song about it, make you laugh and think at the same time.

You’ve done something similar with Between the Country, but there’s a lot of dark themes – songs about substance abuse and self-destructive behavior. Why are those topics given so much prominence in your own writing?

I imagine it would have to be all the stories and people I know, as well as people I didn’t know but heard stories about. Just stuff that you hear happening in a town of six or seven thousand. Lee County is not that big, and it’s a cliché, but you hear everything that goes on in a small town.

Were you exposed to that stuff personally?

Not really, to be honest. I never did go to a meth house or anything like that, or even see anybody using it. But it’s one of those not-really secrets. Everybody knows it’s around.

I think that’s interesting because you seem so good at getting into these characters’ skin. How do you make that happen without first-hand knowledge?

I just think about them. Just think about it and picture in my head how it might be to live that way. It starts with a melody. I like to get the melody going in my head and if it’s a good one, try to see what’s going on with it.

I guess what I’m getting at is even though there’s bad stuff going on, it never seems like you’re judging anyone, or the area, for it.

Yeah, I tried to be real careful not to do that or come off as holier than thou. “Meth Head” is harsh, but I just wanted to be as extreme as I could be because it’s such an extreme drug, you know?

Tell me about coming up with that song. It’s really specific, I mean the imagery of this guy hunting for scrap metal and the woman covered in sores is chilling.

That song used to be about a war hero who was coming home, or at least the melody did anyway. I thought I was wasting the melody because I had already written some songs about battlefields and stuff like that, so I scrapped all of that and started again with the melody. I came up with that first verse pretty quick and just kept going.

How did you get so vivid with it?

It just comes with there being an actual junkyard in Lee County and thinking about the sound of the junkyard, thinking about the rest area that’s down the road and all the smells and sounds, things like that, just trying to get as descriptive as I could be.

Tell me about the title track. What does that phrase, “Between the Country,” mean to you?

Just being in the country, and everything that’s going on in between it. In between this hill or mountain, or what’s going on up in this holler, that’s what it means.

Why did you decide on that for the title track?

My grandmother used to say stuff like “If you treat your parents well, your days will be long on this earth,” which I’m not saying right but it’s from the Bible. She used to say stuff like that all the time, and I got to thinking about it, like “On down between the country, where deer lay along the road / On down between the country, where a long life’s a blessed one, I’m told.” It was like some people don’t make it past 40, you know? And that’s everywhere, it’s not just in a small town. But I didn’t grow up everywhere. I grew up in Lee County.

“Irene (Raving Bomb)” is about an alcoholic who’s not hiding it so well, even though she seems to think she is. How hard is it for you to find compassion for a character like that?

Not hard at all. We’ve all had our issues with this or that or the other, and I grew up seeing a lot of things like that. It wasn’t hard to have compassion for somebody whose disposition turns them to something like that.

How about “Letter to Madeline”? It’s about this guy who’s on the run and he’s carrying a letter he never mailed. What’s his backstory?

I was and still am a big fan of [the FX series] Justified, and I think it’s season two or three where there’s a story arc about the Detroit Mafia. I wanted to make it sound as if it was older. “A Detroit general” just meant a Detroit Mafia boss, and then his company just refers to his gang. It just came from that and people like D.B. Cooper — thinking about somebody robbing this guy and him trying to make it back to Kentucky.

Tell me a little about the sound here. It’s got this mix of folk rock and even a touch of ‘70s psychedelia at times. I know you’ve mostly worked solo in the past but teamed up with Dave Cobb for the album. Did he have a big impact?

It was pretty natural and easy. We were going back and putting in some of the electric lead you hear on “Dead on the River,” and he had bought a specific amp from Carter Vintage [Guitars in Nashville] the day we were mixing and overdubbing, and I believe he said he’d been listening to The Byrds that week. It was off the cuff, but the tone fit the themes, if that makes sense. … I like that there’s not a whole lot of crazy guitar solos, but every one of them suits the song. We don’t have congas or whatever, and it just has enough to breathe. Anything we overdubbed didn’t get in the way of any of the stories.

What do you hope people will take away from this first record?

Like everybody always says, when you make an album you just want people to appreciate it as much as you appreciate it. You want them to listen from track one all the way to the last track, and not everybody does that, which is all right. But the subject matter is all a common theme through the whole thing, and the cohesiveness is important. That’s what I love about all my favorite albums.