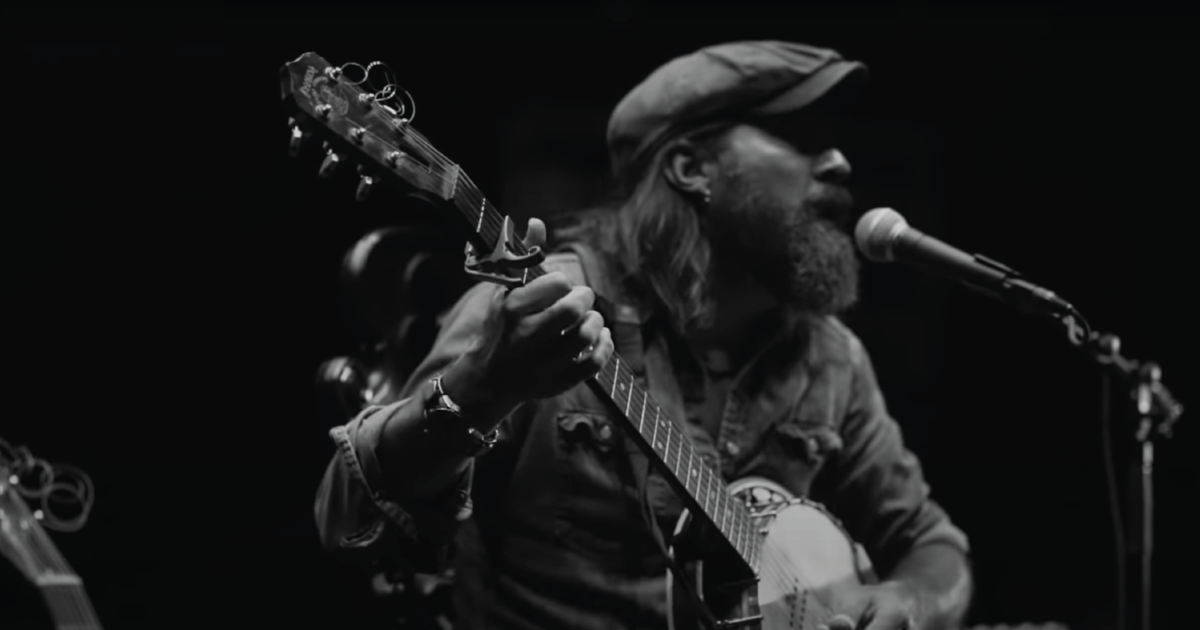 In this must-see live video bluegrass and Americana veteran Jalan Crossland plays it lonesome at the Lincoln Theater in Cheyenne, Wyoming. Crossland, who has been releasing music since 2000, is a champion-level instrumentalist, but he mixes several techniques to shape his mountain sound on his song “Moonshiner.” Listen for a little flatpicking here and there, some fingerpicks like a Scruggs-style banjo player, and clawhammer thrown in for good measure on the strings of his banjitar (or ganjo, if you prefer).

The sound that comes from Crossland’s hands matches the gritty timbre of his rich voice, which seems to emanate from deep within and pour out like smoke from a fire. “Moonshiner” is from one of the instrumentalist’s earliest albums, dating all the way back to 2004. Performing solo inside one of Wyoming’s most beautiful and historic venues, he brings a skill and prowess to what is otherwise folk music, and the result has a magnetism that few others can achieve. Watch the striking performance from our friends at Western AF below.