John McCutcheon, “Living in the Country” 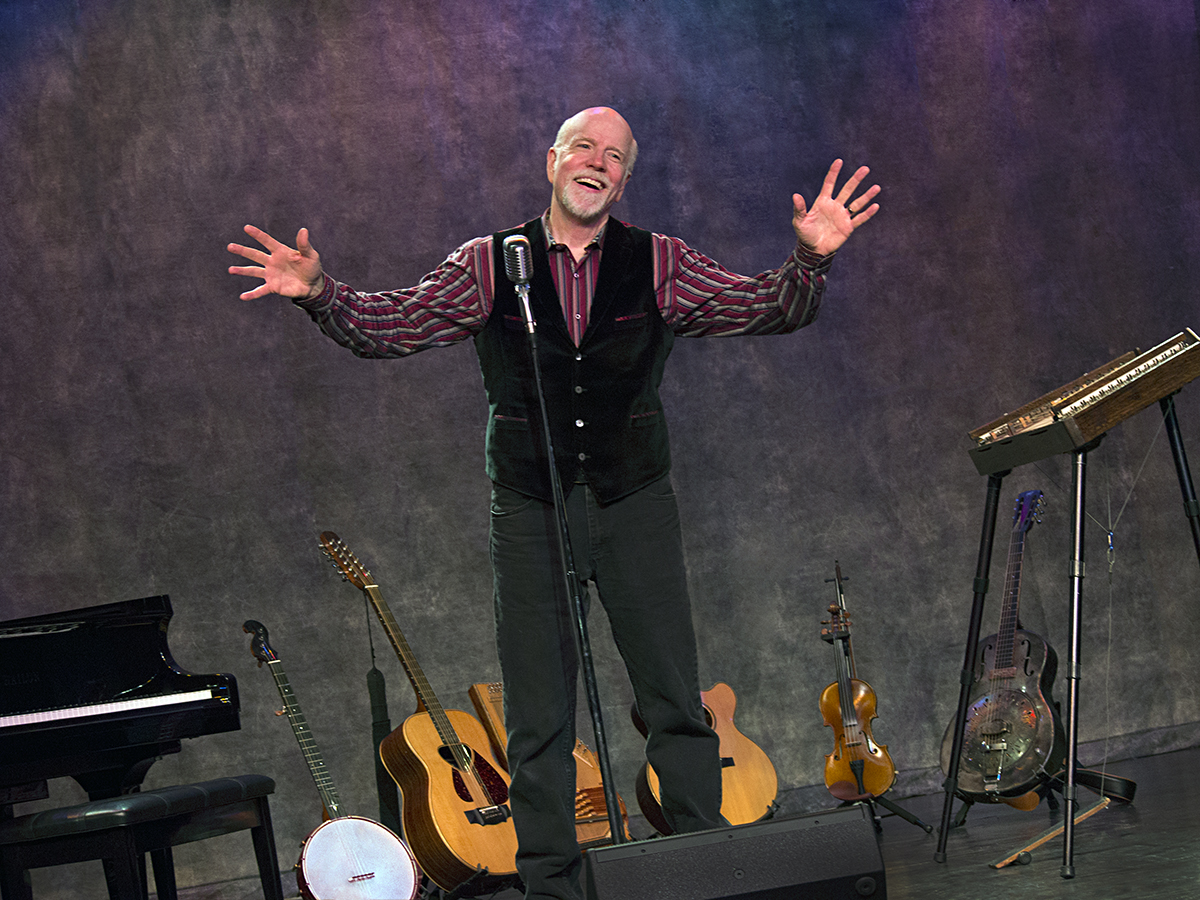 Legendary folk singer, folklorist, and activist Pete Seeger isn’t generally remembered for his instrumental prowess, despite being adept at guitar picking and playing the banjo, which in turn, birthed an entire generation of banjo players who cite his instruction book, How to Play the 5-String Banjo, as their guide into three-finger playing when no other such manual existed. He was not only accomplished in frailing and old-time styles on the banjo, he famously played 12-string guitar, and not only to accompany himself on the folk songs he was known for — he picked his fair share of tunes on the instrument as well.

John McCutcheon, a multi-instrumentalist and folk singer/songwriter who could arguably simply be regarded as a modern analog for Seeger, pays tribute to that 12-string guitar picking, and the man himself, on “Living in the Country,” a cut off his upcoming fortieth recording, To Everyone In All The World — A Celebration of Pete Seeger. Hammered dulcimer, McCutcheon’s instrument du jour, rings and resonates like a 12-string guitar turned on its ear, with the same lilting rhythm of Seeger’s tentative finger plucks. The arrangement fills out with percussion, pads, and the ever-entrancing, improvisational genius of Stuart Duncan’s fiddle, giving a convivial sort of late night, folk festival fire-circle jam aesthetic to what began as a humble, 12-string soliloquy. Pete Seeger could pick, and John McCutcheon, Stuart Duncan, et. al. sure can, too.