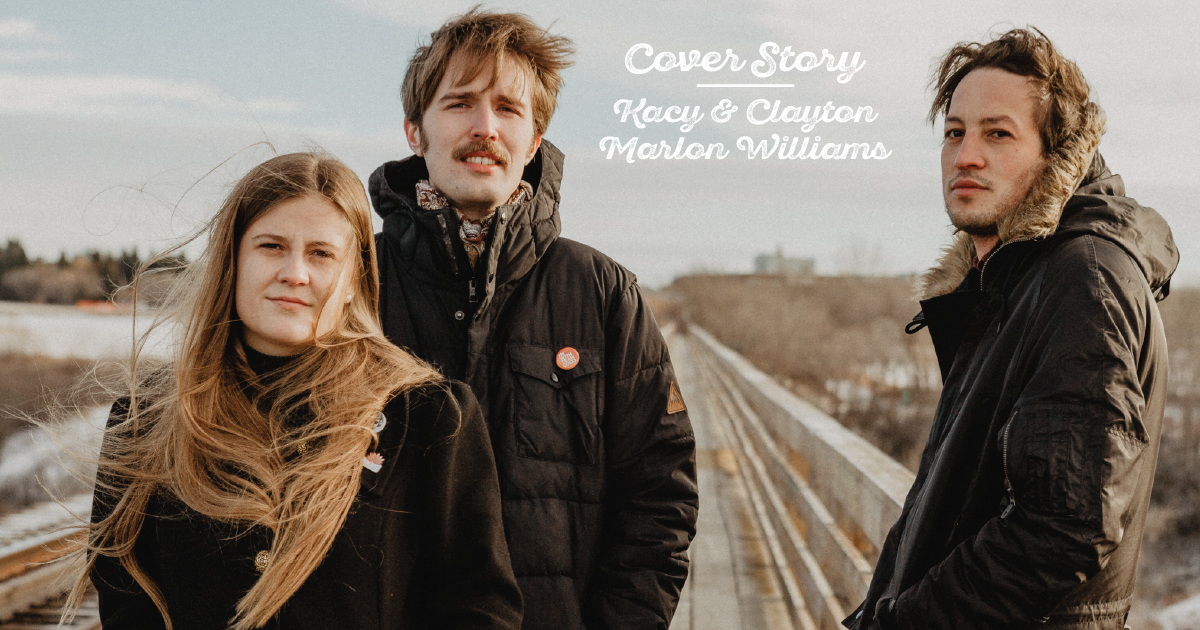 Fans of roots music are likely already familiar with the work of singer-songwriter Marlon Williams and the folk duo Kacy & Clayton. Williams, who hails from New Zealand, released his self-titled debut in 2015, capturing listeners’ attention with his sepia-toned alt-country and his distinct voice, which drew comparisons to Roy Orbison. The Canadian duo Kacy & Clayton have been fixtures of the roots scene for more than a decade, with their most recent album, Carrying On, earning critical acclaim upon its release in 2019.

The acts combined their talents for Plastic Bouquet, a new album born from their mutual respect for one another’s music. Recorded primarily in Kacy & Clayton’s hometown of Saskatoon, Saskatchewan, in late 2018, the album is a lively, intimate snapshot of three talented musicians who thrive on both playing off one another’s differences and digging deep to find common ground. BGS caught up with Williams and Kacy Anderson to talk about songwriting, learning from your collaborators, and just how cold it gets in Saskatchewan.

BGS: Before we dig into the new music, how have you both been doing this year, particularly with COVID-19 and how it’s affected the music industry?

Anderson: I’ve had to develop a personality and interests aside from music and touring. So that’s been trying. It’s actually been a great time.

Williams: We down in New Zealand have had a pretty lucky run of things, in terms of the actual impact of the virus. We’ve sort of been living in our fantasyland down here. It’s pretty easy to pretend there’s no such thing as coronavirus in New Zealand. I’ve learned how to cook a bit more and I’ve been going to the beach a lot. It’s been quite nice.

I know you’ve toured together in the past, but I’d love to hear, in your own words, about how you met and developed your musical friendship.

Anderson: We met in Saskatoon, at the airport.

Williams: Kacy picked me up in the middle of a cold night. And we started singing.

Anderson: Just right there in the airport.

Williams: To take it back further than that, I was on tour in Europe and was listening to music in the van, as you do when you’re on tour. I heard their music come up on Spotify and it was really exciting for me to hear. So I reached out to them and asked if we could make some music, so we did. Fast-forward to Christmas of that year and I was in Saskatoon and it was real cold and we made music.

Anderson: It was very cold for Canada, even. It was in the -40s. But I just pretended like it wasn’t so bad, and Marlon went along with it. I was gaslighting Marlon like crazy.

So was it during that initial visit that you decided to make Plastic Bouquet? Or were you just tinkering around, seeing what would come of some joint sessions?

Anderson: I think we wanted to just do a little bit of music together. But then it made more sense, since Marlon was already coming, to make a full-length album.

Williams: We just loved that sound. It was like, ‘Here’s two and a half minutes of music. And here’s another. And another.’ Eventually, after enough time doing that things start taking shape into an LP.

As far as putting the songs together, did you come together with your own songs to share with one another, or did you sit down and write them from scratch as a group?

Williams: We sent songs back and forth pretty much as they ended up on the album. We didn’t really do much real 50-50 collaboration. We came with nearly full-formed things, got approval from each other and then there were only a couple of moments that there was real songwriting collaboration. Kacy just kept writing bangers and I was trying to keep up. I had to reach deep into my kitty to find some.

Anderson: I really had nothing else to do.

With those moments that you did collaborate on songwriting, how did those experiences compare to writing your own individual material?

Anderson: I don’t know, but I do know that Marlon made me sing “baby” for the first time. I didn’t want to fucking sing it. It’s the only thing I remember wanting to change. Can we just get rid of this “baby” line? 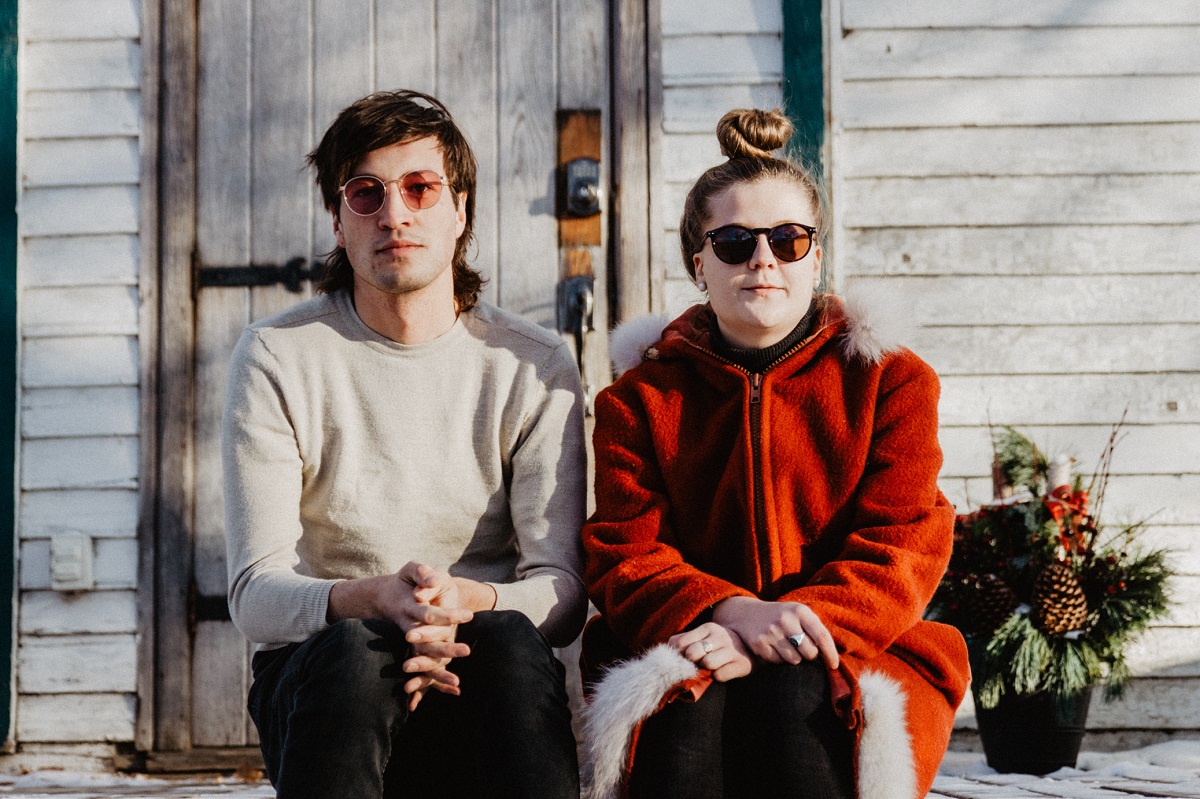 When it came time to record the tracks, were you recording as you went? Was that part of that same December 2018 visit, or was it something you worked on after the fact?

Williams: We smashed out the bulk of it then and there. These guys have an amazing band so we just really leaned into it. The whole sound was within the studio. We did meet up the next year in Nashville during AmericanaFest and finished it up there. But we pretty much went song-by-song and plowed through it.

Anderson: Yeah, that’s the only way I can handle it.

Williams: Those guys do most of their stuff live, and for me I was like, “Let’s just take time.” But it was real nice for them, since they have the confidence in each other and the familiarity to be able to just work through them so naturally and organically.

Anderson: I was bossy with them.

What were you bossy about?

From what I’ve read about the album, a big part of the inspiration creatively for you was the fact that you come from such different roots, both musically and culturally, as well as living in different hemispheres. How did you find that your backgrounds were able to complement one another?

Williams: I think Kiwis and Canadians have a complementary sense of humor, which is most of the battle, really, especially when doing something like recording. You have to use humor as a way of navigating situations, so that was a nice thing. Then we have the same love for the same music. The joy of the process was finding two versions of the same kind of music, coming from different cultural spaces and geographical spaces. That’s the kernel of the album, that discrepancy and familiarity and where those two things meet.

Anderson: I think that was a perfect answer.

In the same vein, what are one or two things you each feel you learned from working with each other, whether it was about music or something else?

Anderson: Just some guidance in the singing department. Marlon is like, “Sing this instead, this one note.” And I’m like, “Okay, fine. I will do that.” I’m not so used to singing arrangements. I was spiteful, in a sense, but then listening to it I’m like, “Yeah, that makes sense. That’s the part that he wrote, so I had to sing it.”

Williams: For me, I’m used to being the main singer in a room. I think being the second biggest voice in the room was a really interesting and a very helpful experience for me, and one that I didn’t know I needed to have. Working out my own place in the background sometimes was a really valuable lesson, I think.

Anderson: You were flexible in the key department. That’s what I appreciated. You can sing in any key. So when I’m like, “I only know how to play this song in a certain key, so we have to use this key,” that made everything easy.

Given that it’s been a couple of years since you wrote the bulk of the album, and since you couldn’t have anticipated the world you would be releasing the album into, how has your perception of the project evolved, if at all?

Anderson: I’m just thrilled that it’s coming out. We tried very hard. Hopefully people can listen to it now and enjoy it. It’s nice to share it finally.

Williams: It’s been so long, in terms of where we’ve got to as a society in that time. The album feels like a little paper boat on a big ocean squall. But it’s all the more exciting for its fragility.