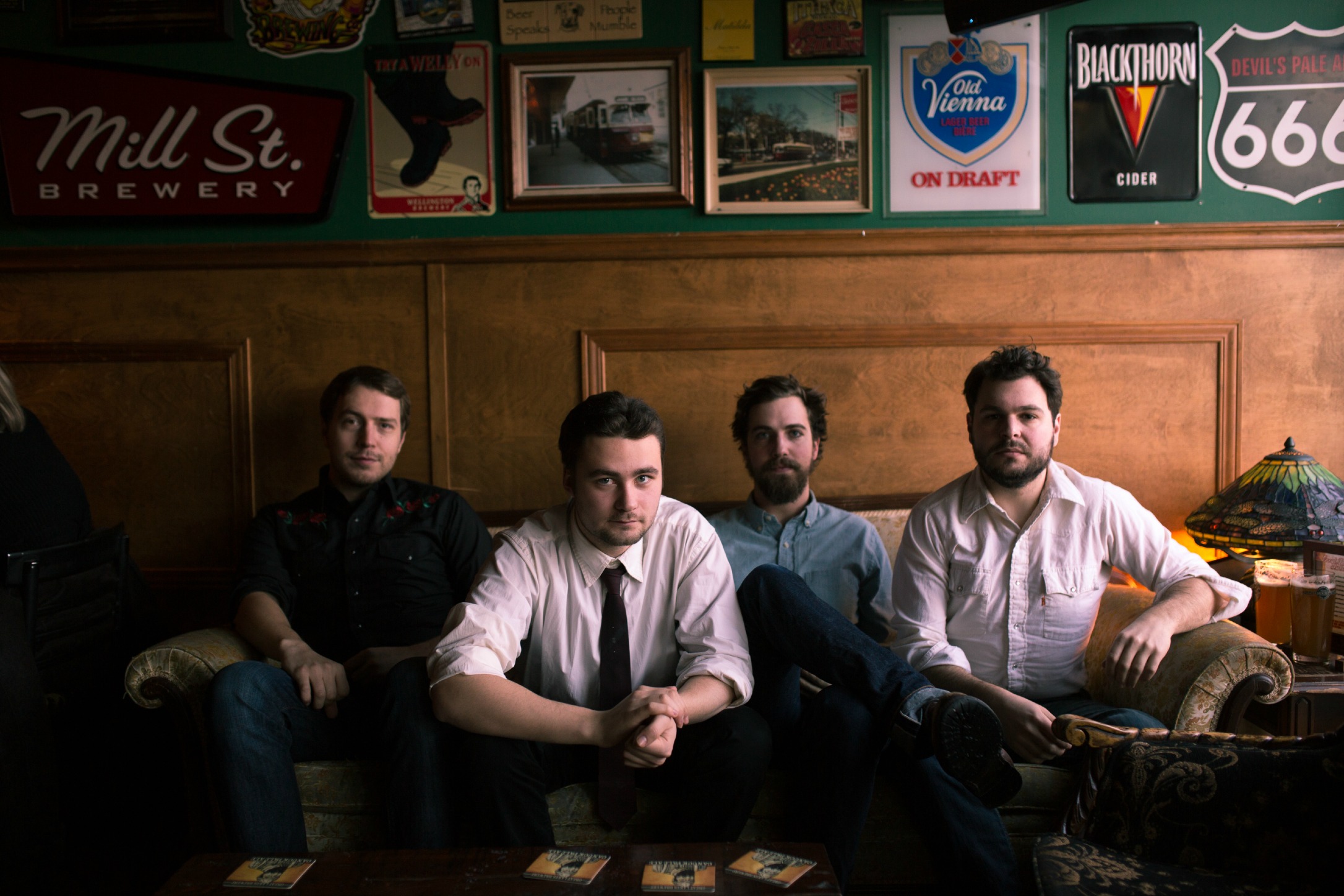 Though the Slocan Ramblers might sound like they hail from the rolling hills of Tennessee, they actually come from the West End of Toronto, an area of the multi-cultural city populated primarily with Koreans, Portuguese, and Italians. Toronto is a rough-and-tumble, salt-of-the-earth kind of town, though, so the Ramblers' rowdy roots music does well there.

For their new album, Coffee Creek, the Slocan Ramblers turned to local banjo man Chris Coole of the Foggy Hogtown Boys to produce. Coole and the group — Frank Evans on banjo, Adrian Gross on mandolin, Darryl Poulsen on guitar, and Alastair Whitehead on bass — focused on capturing the band in the raw or, as Coole calls it in the album's liner notes, in “the fragile moment.” He writes, “The fragile moment used to be a big part of what made an album cool — Monroe singing just beyond the edge of his voice, the moment right before you realize Vassar isn’t lost — the moment on and beyond the edge.”

The Ramblers looked to the past not just for technique, but for content, as well. Whitehead says, “'Call Me Long Gone' is an old classic by one of the unsung heroes of bluegrass music — Dave Evans. One of our favorites, and somewhat of a living legend, Dave Evans is a definite influence on the band's sound and songwriting. 'Call Me Long Gone' is a particular favorite of ours. As our producer Chris Coole puts it, 'It’s a song about the happiest hobo that ever lived.'”