Lori McKenna Shows Love of Every Kind on ‘The Balladeer’ 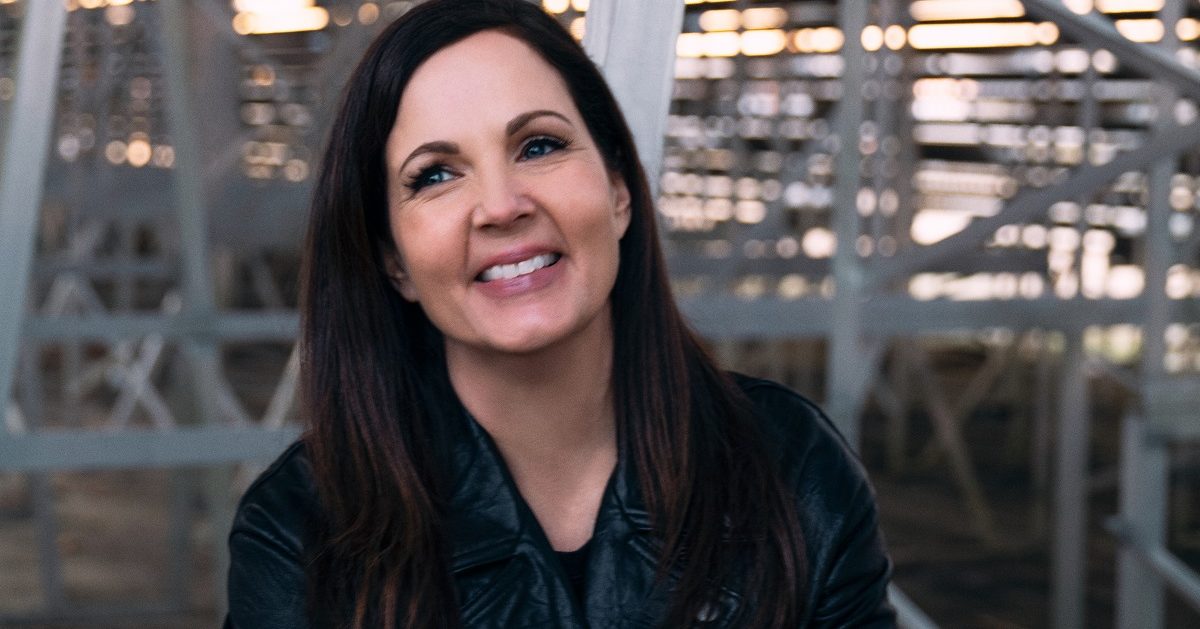 When it comes to capturing life’s big loves — romantic ones, sure, but also the love between siblings, parents, children, and friends — Lori McKenna is one of the strongest songwriters of our time. The Stoughton, Massachusetts-based singer finds fodder in the everyday moments that most of us overlook, reminding us that every day is worth singing about.

Her new album The Balladeer, produced by Dave Cobb, embraces the same openness, expert wordplay, and quiet wisdom that have become her hallmarks. “This Town Is a Woman” uses extended metaphor to reflect on the push-pull of a hometown. Perceptive songs like “When You’re My Age” and “Til You’re Grown” offer hope and direction to a younger generation, while “Good Fight” is an ode to hard-won, imperfect, lifelong love. The Balladeer shows McKenna at her best.

BGS caught up with McKenna by phone about where she found the courage to try open mic night, the advice she’d give to aspiring artists, and the family moments that keep her centered.

BGS: How did you first begin writing songs?

McKenna: I started writing songs with my two older brothers that were songwriters. They always wrote songs in their bedrooms and that’s what I would always do with my siblings. I grew up just outside of Boston and we were listening to singer/songwriters and talk radio and things like that, but not a lot of country music. But strangely enough, the first song I wrote was a country song about… a rodeo? [Laughs] My mother was like, Where did this come from? I joke now that I must’ve brought it along with me from another life.

How did that evolve into performing and writing professionally?

It was really unexpected. I’m sure my husband would say this as well, but I didn’t know that I could do music for a living. I never sang outside of our house, because I had such a strange voice — certainly, compared to my siblings, I have like the weirdest voice out of all of us. My siblings all sing so beautifully. [Laughs] I never thought that I really could do it.

I always say my kids really gave me the courage to really step out and try. I started doing open mics around here in the Boston area because we have this really great community of venues and a great acoustic or live music scene. But it was especially a surprise to me more than anybody else, that I could do this. It has been such a big part of my life since and I’m very thankful for it.

“This Town Is a Woman” finds so many ways to drive home the metaphor: “You curse her every time she tries to change / and when you’re not happy, you swear that she’s to blame,” which sounds like a tumultuous relationship, or “The way you talk is partly her fault / From the back roads to the church parking lot,” which sounds more motherly. What was the first example that clicked for you, that told you this was a comparison you could make?

The song came to me in a strange conversation that I had with Dave Cobb on the phone one day. He called, and he was talking about putting together a record of women singer/songwriters in the Nashville community. The next day, I was driving my daughter to school, and it just occurred to me that if a town could have a gender — you know, the way they name storms after women, or boats, or whatever — surely a town would be a woman. I mean, there’s just no question.

It’s very motherly, in my brain. She’s gonna let you grow up and push you out, but she’s gonna wait right there for you to come home if you need her. She’s always gonna see you as yourself. She’s gonna know things about you that nobody else knows. It’s that calling; that call of the blood, the call of the hometown. Springsteen talks about it in Springsteen on Broadway, how he couldn’t wait to get out of there and now he lives five minutes from where he grew up. We all have that in us. And if so, it’s definitely because … well, it’s a woman.

And you live in the same town where you grew up. What do you love about where you live?

I think there’s just something in my bones about New England; it would be hard for us to leave here. I live just up the road from where I grew up in this town — I could walk to my dad’s house — and my husband grew up here as well. Our kids had some of the same teachers we had. Family is such a big part of both of our lives. I’m the youngest of six kids. My mom passed away when I was little, and when that happened my family just hunkered in on each other. The older I get, the more I realize that my siblings are such a big part of my life. I need to be around them.

You write a lot about family, specifically about motherhood. You were young when your mother passed away, but is there any specific way you feel she shaped you, particularly as a writer?

There’s some sort of button that was pressed when we lost my mother. I had just turned seven, and when there’s a death of someone that big in a family, and you’re that young, everyone’s going to come up to you and explain that your emotion is warranted: This is a real emotion, you should have it, it’s your right to have it and own it. When kids have really blissful lives, everyone’s brushing off their emotions a lot. You’ll be okay. You fell, but you can get up. You don’t need a Band-Aid. You’re tough. But because at such a young age, I had this family around me that said, “You’re sad, and it’s okay,” it stuck with me. I gave my emotions, when they came to me, a little bit more space than some people are able to. Me having the right to a very powerful emotion at such a young age informed a lot about being a songwriter.

What advice would you give someone who’s just embarking on a career as a songwriter and artist?

The biggest thing they have to be careful of is not changing themselves to bend toward what is in style at the moment. I was so lucky, in so many ways, that I started so much later than everybody else. I was too set in my ways to change very much. Your best asset is to be yourself — nothing is going to be always right for everybody, so you might as well. I think with any kid growing up, they have to learn not to look at social media and feel like it’s a lesson book on how to be. You have to be who you are right this minute, and it may be different next year, but you still have to be who you are as an artist — even if it’s an artist that’s not ready.

You recorded the title track a little differently than the others on The Balladeer, two vocals singing in unison throughout. Why?

That was one of my favorite production moves of the record. It was Dave Cobb’s idea and I’ve never done it on a whole song before. Making demos over the years, there are times where you’ll double your vocal on a chorus, but that song actually doesn’t have a chorus. [Laughs] That’s the reason he thought to do that. He didn’t tell me he was going to do it: We tracked live, and when we finished, he said, go ahead and sing it again. I said, What do you mean? It’s over! You’re crazy! And it just came out so good. To a producer, a song like that, without a chorus, is a little bit of a challenge. And he just brought it to life.

The main character in that song struggles with an insecurity — the idea that if she stops being sad, she won’t be able to write. Have you encountered that fear in the songwriting world — in yourself or in collaborators?

I definitely have had that conversation with people over the years, and I’ve always been kind of the opposite of it. I’ve been so lucky in my career and in my life, and I’ve had so many blessings — things I don’t even know how I got so lucky to do. People sometimes ask me, “How are your songs so sad when you’re so happy?” … But I think your job as an artist or as a songwriter is to learn how to not always need the pain to be able to write. Pain cannot always have to inform your craft. Once I discovered that character in “The Balladeer,” I liked the idea of her being challenged by that, and then coming back and realizing that there is pain in life no matter what — it just doesn’t have to be all of it.

So many of your songs are a good reminder of that balance, the good and the bad. Right now, is there anything in your life that centers you when things get tough?

That’s such a good question, especially now, because we don’t really know what’s next. Every day is like four days, emotionally. This whole time and space thing is like… you forget what day of the month it is, but you’ve had four emotions before lunchtime. For me, I still draw from music, and I’ve had really, really great dinners in the backyard with my kids, because everyone’s slowed down a bit.

In the past, my husband and I have taken the kids on vacation, tried to do all these things to make all these moments. But this year my favorite moments have been sitting in the backyard, with takeout, and talking to each other. We’ve all had to slow down a little bit, and as scary as that seems sometimes, I’ve tried to find the beauty in it. Watching most people around me find the beauty in it has been rewarding, too.