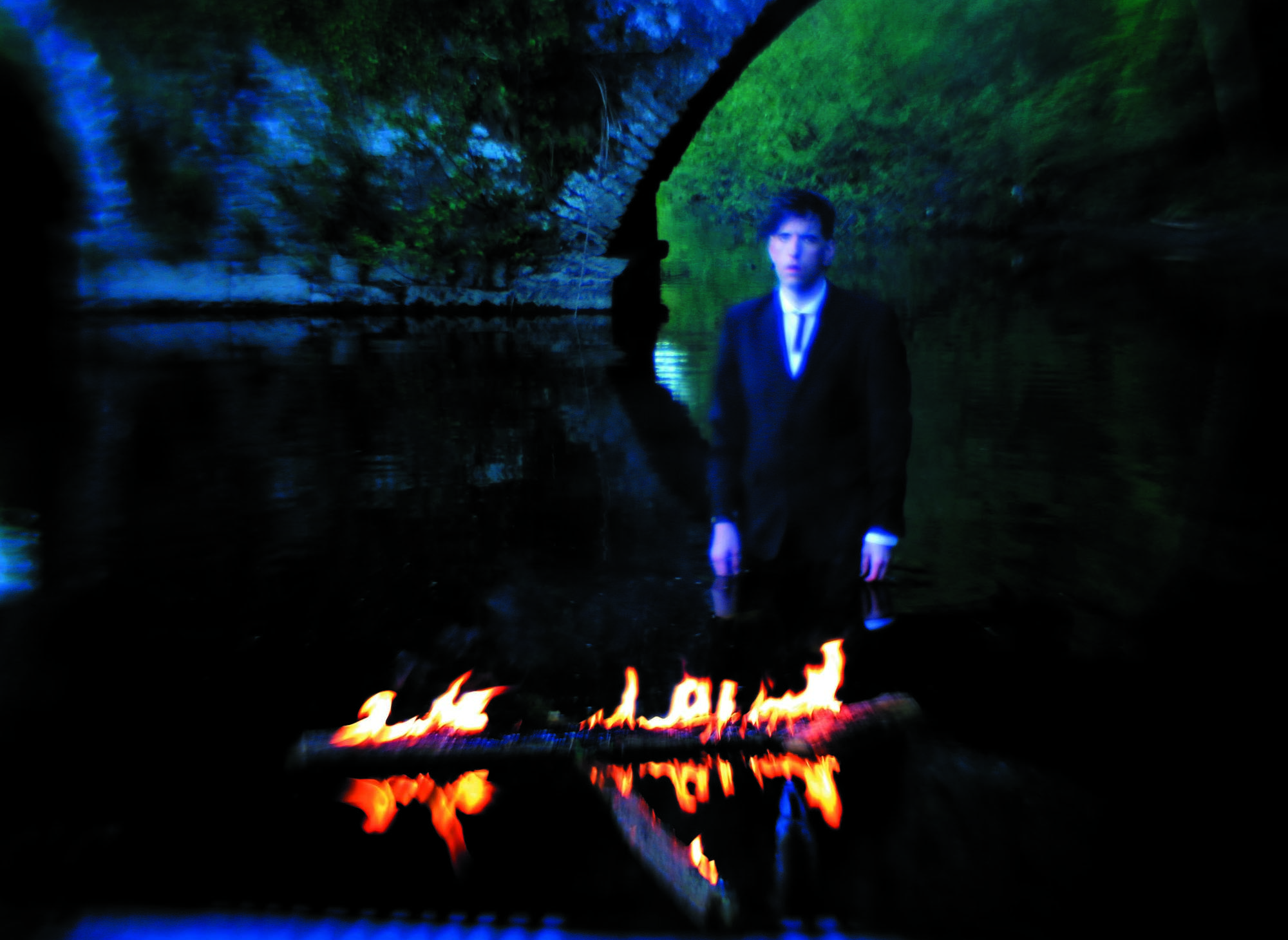 When we needed a Mixtape selected for a Southern soundtrack, we knew John Murry was our guy. After all, he is related to William Faulkner.

The Connells — “Lay Me Down”

A song from a pair of North Carolina attorneys and their band about a child they knew who received a bicycle for his 11th birthday, rode it away from home on his own for the first time the next day, fell into a ditch, and broke both of his legs. It rained. The little guy slowly drowned as the water rose.

Though he sang his way out of prison not once, but twice, I seriously doubt it was this song that he sang for his white captors to gain his release — a song now white-washed and remembered fully in circles that have kept a tradition alive, added meaning and mirth to his verses by adding theirs while reviving and performing his original verses. Kenny Brown is a legend in Mississippi. His earliest version, recorded for Fat Possum, is still a touchstone for me.

Another song about law and (dis)order, written by a man who preferred to be known as the one-legged street sweeper of Beale Street in Memphis than a bluesman. The Rolling Stones and U2 both gave him gifts of expensive guitars while he was still alive, living at the top of Beale. He pawned both the day he got them. FTW. RIP, Furry. Universality? All arrestees will soon (or do now) know about 11 months, 29 days … I can’t sign my name either, Furry. I have never known it.

To dream he was dancing with Isadora, the woman who unabashedly danced and — with a sash pulled by the dance and the dancer — first exposed her bare breast to a stupefied, stupefying, and puritanical public … and to write of that dream from a wheelchair. Dance on, Vic. What beauty, what timelessness, what a gift he gave us (though “we” weren’t ready, perhaps, to be exposed to his transcendent and righteous indignation and powerfully fragile poetry).

In honour and in memoriam of LX Chilton and Chris Bell (though not on this recording), I intend to drop acid later today and report back to no one. Big Star did not simply pave the way for “jangly indie pop”; they created powerful, powerful music with the help of the legend that was Mr. Jim Dickinson (living on, mister!) despite the “obstacles” Ardent and an entire industry placed in their way. Memphis was dying, Elvis was dead, and those listening were “… a wasted breath, you’re a sad eye, you’re a holocaust.” Basketballs, deflated, served as percussion, as there’s no need for a formal drum kit (just ask Stephen Merritt — or anyone who stomps while singing — or any kid in a kitchen with pots and pans and wooden spoons) when heart, broken or bruised, and soul are captured on tape, just as living and gone ghosts on celluloid prints were. William Eggleston playing piano on “Sister Lovers”? Magic. All of it was magic. And this kind of magic terrifies. What happened to them in that place that necessitated this bit of “horror”? No one ever asks the right questions, I suppose.

Jim was the moral compass Southern music needed after the Civil Rights Movement, after Elvis’s death, after Yankee A&R folks no longer visited Memphis — “the capital of Mississippi” — anymore in search of “that” thing the South breeds. The master had tamed the beautiful beast, or so the beautiful beast would have their “master” believe. Bob Frank wrote this one. Kinda. He’s the greatest songwriter you’ve never heard.

Lost Sounds — “Ship of Monsters”  (Not on Spotify)

Jay Reatard was an incredibly complicated person, a lover and a fighter, as sensitive as they come, capable of an empathy that can only lead — in our world — to those blood visions that took him from us too early. I slept most nights at the People’s Temple near the old 616, making prank calls with Jay and the Oscars, and playing shows as a fake straight-edge hardcore band while inebriated. This record was being recorded at the time in the space at the bottom of the warehouse. Scott Patterson and I would listen to “Scenic” on the roof. Abe and I would listen to “Art Bell” in the kitchen. Jay broke a fucker’s arm with a bass for trying to attack him (and us). To fear goodness is silly. But common now. Leaves many stranded. He fought. For me, this was a record that attacked the core of something I lived inside, the first to do so. It taught me. Jay and Alicja Trout are that decency and violence the world needed and still demands. A better vision. No wave. Wtf that means.

So many have done this. Christ, he did it justice, though. There’s a chair, a gun, suspicion, paranoia, direct Biblical allusions, and death. There ya go.

His life was cut short by heroin, and his career defined by an ever-lurking fear; but he sang of it so well — of the terror of a twilight existence.

He wrote this song after he was married. His new bride came to collect him to go to their wedding reception. He needed to finish writing a song down. He did. This is it.

Written at Zebra Ranch in Mississippi, this song is one that tells a universal truth — at least for those of us from *that* universe. How does Bob know? Same place, different centuries … “I stayed in Mississippi a day too long,” and can’t figure out what sin I committed I must now atone for. He somehow knows place as decay. As stagnant water in motion.

Mark Linkous … His life, his words, his melodies simply resonate with me and reverberate in eerie ways. The rainmaker IS coming. He wasn’t “like” Wm Blake; he was cut of the same cloth. Wm Blake was “like” him, too. How odd we are, to see time as distances measurable. “All you’ve got to do is look in the sky and wish.”

Jeff used to borrow my amp and wrestle — and bite — my 110-pound labrador. This song is one I think I knew before I heard it. It’s that brilliant. “… and dad would dream of all the different ways to die.”

Reigning Sound — “Can’t Hold On” (Not on Spotify)

If ever a man was born out of time, it’s Greg Cartwright. Just listen.