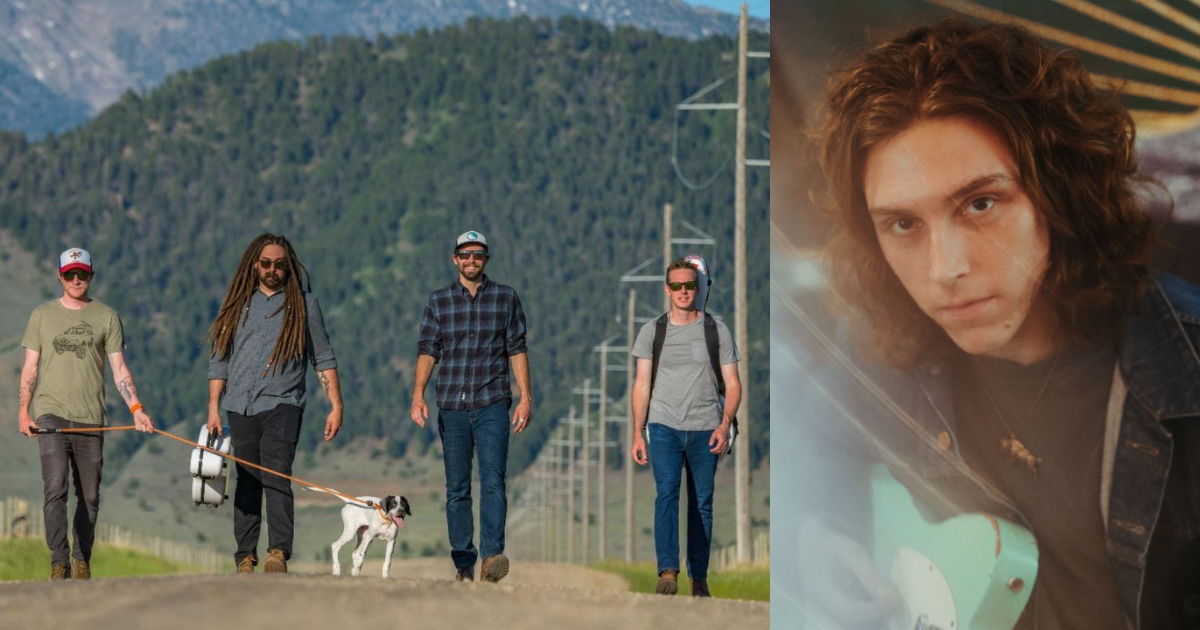 Back when cowboys were king, ranchers used to have to make regular pilgrimages across long, winding trails to sell their cattle at stockyards and make their living. One such trail, known as the “Goodnight-Loving Trail,” extended all the way from central Texas to Cheyenne, Wyoming, and has been immortalized many times over in movies and songs. The journey involved with moving these cattle countless miles on horseback was known as a cattle drive. This fall we’ll be hitting the road on the Kitchen Dwellers and Daniel Donato tour, and we’d like to think of it as a bit of our own “Cosmic Cattle Drive.” We hope you enjoy and hope to see you out on the road this fall.

One of the oldest and most famous cowboy songs to date, this one tells the story of the life of a ‘cowpoke.’ Colter Wall did a damn fine version here, with each country-western instrument beautifully represented — but what really sells it is the ‘cattle call’ in the chorus.

This tune was my introduction to Daniel’s music, way back in the spring of 2020. Nothing screams western psychedelia quite like that opening guitar riff, and right off the bat it shows that these boys are masters of their realm in a place of no space and time. Plus the chorus got that Gangstarr reference.

Gram Parsons is the father of country-rock and maybe the first person to coin the term “cosmic country.” With references to “truckers, kickers, and cowboy angels” and “lighting out for some desert town” — as far as road songs go, this one’s got it all.

“Outlaws on the run, faster than a stolen gun.” KGLW are gurus of many things across the musical spectrum, but above all, they have mastered the dark art of “evil guitar.” That same style of gained up, tremolo-drenched guitar which can be heard across the soundtracks of countless western movies.

As a musician on any road trip, it’s an inevitable fact that you’re eventually gonna start listening to your buddies’ music. Billy and the boys really knocked it outta the park with this one, with instrumental sections that are both bluegrass-laden and psychedelic in nature. We can only hope that once we embark on our journey, we may begin to hear the heartbeat of America out there on the road.

This song is a prime example of how music can be a harmony of light and dark, hard and soft, and reflective and joyful. Emotional content not considered, the arrangement and musicianship The Dwellers play with is inspiring and transcendent.

This song is a transportation device into a Tarantino movie taking place in a spacious and vast unknown Big Sky prairie where the search for the light through the darkness of troubles and sorrow every hero finds on their journey is about to begin.

There was a time when country was astonishing in its danger and sensibility of pocket and edge. This live track should satiate any live music experience fix of that special vibe that a listener should have, but in a musical context that is Honky Tonk and Twangy.

The story is the framework for dark and light, love and sorrow, and life and death. The story that creates the experience that is within this song is pungent and captivating. Also note the fantastic Grady Martin picking the nylon string guitar throughout the song and story.

Khruangbin – “So We Won’t Forget”

There are few things more magnetic than music being made live by a band that understands listening and arrangement, in a format that is easy to access and feel. This song captures a myriad of emotions that feel like nostalgia, joy, and vulnerability.

Lowell George was a genius in capturing a feeling, and communicating it through his sensibility of arrangement, orchestration, and singing, with these lyrics written by Terry Allen. This song feels like an adventure, like something new is on the horizon, and for all of us, this is the case in this very moment.