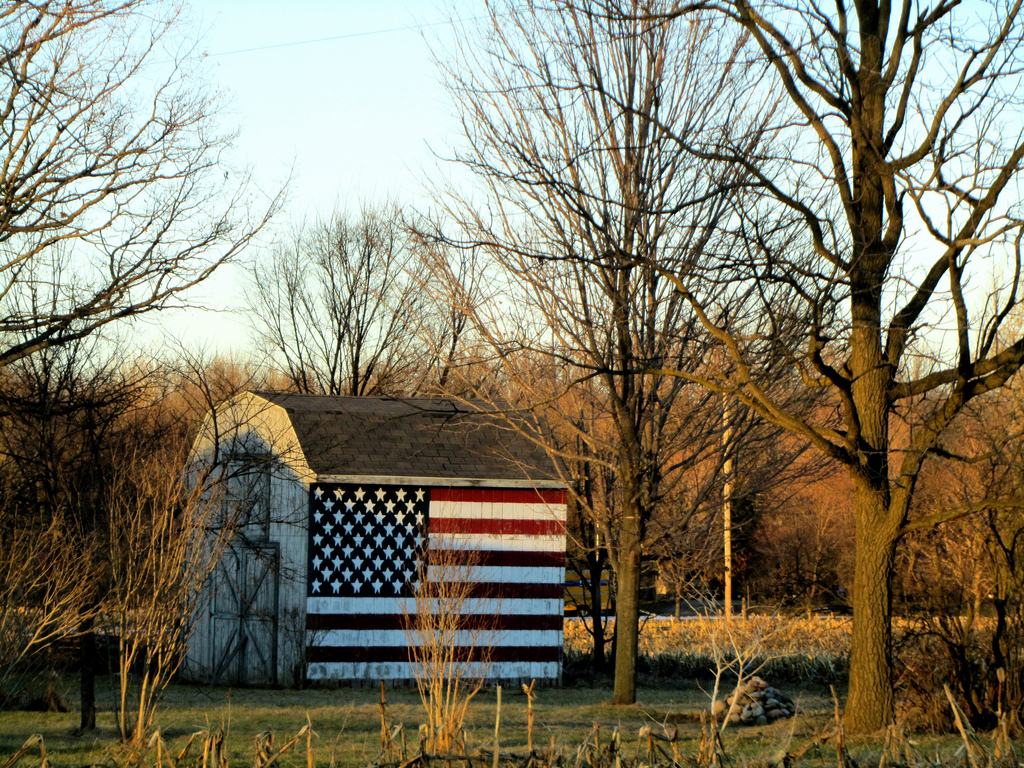 Americana was a name that used to trouble me when it first came into semi-vogue in the late 1990s. I didn’t really like alt-country, either. So many people tended to love the music and hate the various names for the genre that the original No Depression magazine even poked fun at that on their nameplate. That said, it was probably the most exciting sub-genre of its time and has had a quite impressive afterlife, growing to actually be a somewhat mainstream way for a wide variety of excellent artists to be marketed to an increasingly larger audience.

My playlist leans heavy on the turn of the (last) century’s roots of this genre, but I also hope to incorporate a little of the more interesting current songs and maybe a couple that pre-date the movement that are excellent examples of its origin. — Patterson Hood, Drive-By Truckers

Probably the one song that best exemplifies and encapsulates everything that is great about this genre in three glorious minutes of musical confection that is so good it set up a blueprint for a genre and transcends most everything that followed that path.

Lucinda’s long-delayed Car Wheels on a Gravel Road survived its troubled gestation to become one of the genres first breakout hits and turned her into a bonafide star, winning Grammys and a life-long following along the way. Picking one song from this album was hard, but to me, the best of all was this ode to the life and untimely death of Austin Texas singer/songwriter Blaze Foley. Stunning.

Merle predates anything else in the Americana genre, but his music defined the best that it had to offer. By 2000, country music had moved in a much more mainstream direction, and Merle found a new following among the disaffected punks and roots rockers that alt-country drew and that he continued to inspire. ANTI- Records seized this opportunity, and gave Merle the chance to make exactly the kind of album that mainstream country wouldn’t. He rose to the occasion with this masterpiece. Merle was, himself, one of the best songwriters of all time, but for this compilation, I chose his cover of Blaze Foley’s masterful song that Merle loved enough to make the title cut of his “comeback” album.

Although Americana is most widely associated with the late ’90s through the present, it had roots dating back to The Basement Tapes by Bob Dylan and the Band and the tons of incredible albums that it inspired, followed by the cult status of a wonderful band from St. Louis, Missouri, called Uncle Tupelo. However, in the most unlikely of times — the ’80s, which were way better known for new wave and bad drum sounds — R.E.M. and the Silos made records that took the best elements of those sounds and made them their own. The Silos never had near the amount of fame that they deserved, but their records still hold up as among the best albums of their time and beyond.

Although they are usually better known for their later hit records, this gem from R.E.M.’s second album helped lay out a blueprint for the Americana genre and still holds up as an example of just how wonderful they always were. There’s no overstating what a breath of fresh air this song was to our ears in the mid-80s nor how great it still sounds over 30 years later.

Another artist that pre-dated (and probably hated the term) Americana, Steve Earle broke big in the ’80s with his debut album, Guitar Town, before descending into a haze of addiction and even jail time. Upon his release from jail, he laid the groundwork for his comeback with this stripped-down collection of excellent songs, none better than this tale of a scared and disgruntled Civil War soldier.

Although mostly pre-dating the term Americana, no one better represented all that was great about it than Townes. Steve Earle once famously said that Townes was the greatest songwriter in the world and that he would stand on Dylan’s coffee table and shout it out anytime. I imagine that that quote has out lived its intention, but this song shows a little bit of what Mr. Earle so grandly stated. This version — and the live album that it comes from — is a great introduction to the majesty of Townes’s songwriting and the power of song in general.

Gillian sprung from the mid-90s Americana scene and was further propelled by the success of the Coen Brother’s 2000 film O Brother, Where Art Thou? and its breakthrough soundtrack. Then she suffered a backlash from people accusing her of being a retro-novelty act. She fired back with this shape-shifting and time-traveling masterpiece that condenses a history of folk and blues into her personal here and now and, at the same time, takes two acoustic guitars and two singers and somehow, without a hint of shouting, manages to rock like Zeppelin and Crazy Horse. Over a decade later, I’m still in love with every song on this album, but this one seems to be the one that best encapsulates it all.

When Uncle Tupelo broke apart in the early ’90s, the two principles formed Son Volt and Wilco. Although initially considered the lesser of the two, Wilco has gone on to become one of the foremost bands of the last 20 or so years creating an eclectic body of work that still manages to challenge and surprise each time out. In 1998, Wilco joined forces with British folk singer Billy Bragg to put music to and perform previously unheard lyrics from Woody Guthrie. The result was two of the best albums of their time. The standout and breakthrough track off this collaboration was “California Stars” — a sublime piece of work that connects several generations of artists and shows the timelessness of great songs.

One of the greatest and definitely most underrated of bands of the last couple of decades, Centro-matic hailed from Denton, Texas, made over a dozen wonderful albums, and toured relentlessly for nearly 20 years before disbanding in 2014. Prolific to a fault, many of those songs sound like mega-hits that somehow forgot to become such. None more than this track from their 2003 masterpiece. I can’t listen to it without visualizing an arena full of fans singing along with the catchy “bye-dee-ahhs” of the finale, a musical hook so relentless and endearing that it frequently soundtracks my dreams.

I first met Jason in 2000, and it was love at first song. He was barely 20 and about to drop out of college, and I was blown away by his talent as a singer, songwriter, and guitar player. A couple of years later, he began a five-year stint playing in my band. By the time he left to pursue his solo career, he was drinking very heavily and his life was spiraling out of control. In 2011, he quit drinking and pulled his life back together, documenting it all in a masterpiece of an album called Southeastern. The standout track (and that’s saying a lot, in itself) is this song about a friend’s struggle with cancer. It’s literally a perfect song.

Barreling out of Festus, Missouri, in 1993, Bottle Rockets put the pedal to the metal, blasting dive bars across the country like an unholy amalgamation of Skynyrd and Doug Sahm mixing punk smarts and country fury with great songs and a rocking live show. Their literary smarts were never better represented than on this gem from their self-titled debut. “Kerosene” tells the tale of being down-and-out white trash, giving heart, soul, and life to a story that — on the surface — sounds like a laughable headline of Darwinistic stupidity. A trailer fire, told from the grave with simplicity and grace: “If kerosene works, why not gasoline?” Like the best songwriting, what’s said is only a fraction of the story and the real majesty is in what is left untold. One of my all-time favorite songs.

Kelly Hogan and the Pine Valley Cosmonauts — “Papa Was a Rodeo” (from Beneath the Country Underdog, 2000)

Kelly Hogan hailed out of Atlanta, Georgia, was one of the founders of its ill-fated Redneck Underground scene, and was the lead singer in the Jody Grind, who were poised to great success before a tragic van accident that killed two of its members in 1992. Later, Kelly (who was thankfully not in the van at the time) relocated to Chicago, Illinois, where she has enthralled everyone who has ever heard her magnificent voice. She has made several albums as a solo artist, and served as a much in-demand backup singer (Neko Case, the Decemberists, Jakob Dylan). For her second solo album, she was backed up by Jon Langford’s ensemble, Pine Valley Cosmonauts, and here, along with Atlanta crooner Mike Geier, she covered the Magnetic Fields classic and made it her own. Sublime and timeless.

This is just a surface scratcher, but hopefully it will serve as an invitation to delve further into these great artists and so many more. ENJOY!