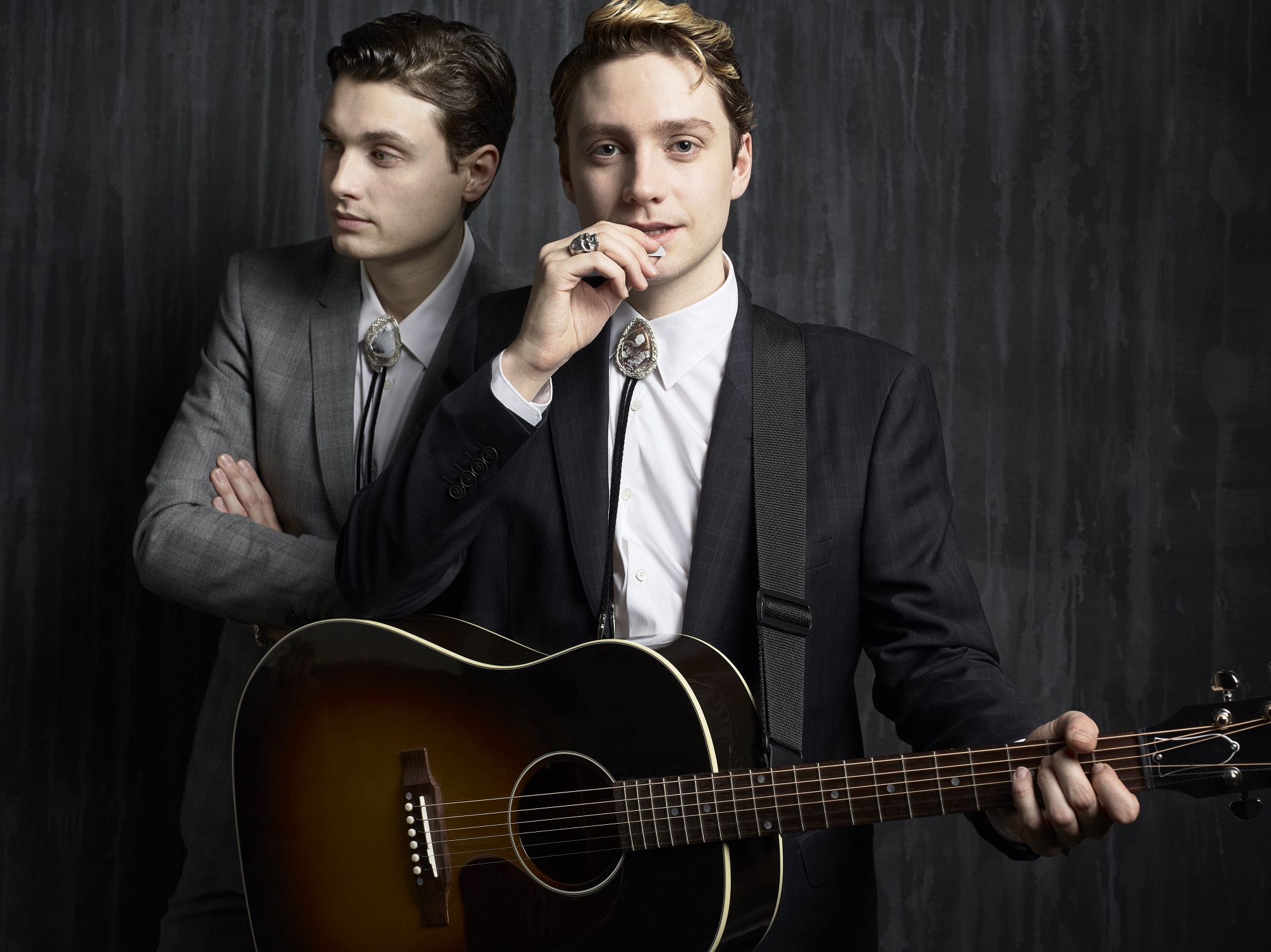 We decided to choose the theme of music and film because, for us, it’s two art forms that go so perfectly hand in hand. Film has always helped inspire our writing and the mood of our songs. A lot of nights have been spent playing our demos alongside our favorite movie trailers. Quentin Tarantino, David Lynch, the Coen brothers, Wim Wenders, and Martin Scorsese have all been big influences on us, so we thought it fitting to create a playlist of music and film. If you dig the music and haven’t yet seen the films, you won’t be disappointed with any of the below. – Ruen Brothers

Chuck Berry – “You Never Can Tell”

Growing up, Chuck Berry was a big inspiration to us. He was one of the first musicians we were introduced to by our father. We performed many of Chuck’s hits at the working men’s clubs and pubs week in, week out. We still play a Berry number or two at some of our shows. We are huge Quentin Tarantino fans – the Mia Wallace and Vincent Vega dance to “You Never Can Tell” is really cool.

In our opinion, a haunting Western masterpiece. The song is used ironically as Jim Carrey’s character, Lloyd (from Dumb and Dumber), wanders the streets, sporting a ten-gallon hat and buying junk items, gets robbed by ‘a sweet old lady on a motorized cart…’.

The Statler Brothers – “Flowers on the Wall”

Another brilliant song from Tarantino’s Pulp Fiction. Bruce and Marcellus W coming to a head at the traffic lights. The song offsets the tension between the two characters–it’s comedic and cool. There’s juxtaposition there. It’s a great song and one that we play on all of our American tour journeys.

Al Green – “Tired of Being Alone”

One of Henry’s all-time favorite songs. Powerful music when paired with the death of Chris Tucker’s character Skip from the Hughes brothers’ Dead Presidents. SPOILER ALERT — Skip is found dead, syringe in arm, “Tired of Being Alone” playing out live on the TV in front of him. It’s haunting and tragic, much like the situation the characters find themselves in towards the end of the movie.

Talking Heads – “This Must Be the Place”

Brilliantly crafted, timeless and classic. It helps portray Bud Fox’s love for material possessions as he buys his first home in Oliver Stone’s movie, Wall Street. This Talking Heads song introduced us to the band; a great rhythm and fantastic lyrics.

As beautiful and enchanting as the picture and story of Edward Scissorhands itself. A piece of music to get lost in while crammed in a subway car in the tunnels of NYC.

Harry Nilsson – “Without You”

As Lester and Ginger plot their escape in Scorsese’s Casino, the crescendoing vocals of Nilsson’s “Without You” hearken as the situation becomes manic and crazed. For us, this is one of Nilsson’s best works and one of the most powerful love songs ever written.

The Delfonics – “Didn’t I (Blow Your Mind This Time)”

The song behind Tarantino’s classic Jackie Brown – the perfect portrayal of Max’s love for Jackie. From the French horn opening and twinkling glockenspiel to the soaring strings, beautiful melody line and smooth harmonies, The Delfonics deliver a beautiful, timeless love song.

Ry Cooder’s Western-drenched instrumental soundtrack to Wim Wenders’ classic film Paris, Texas – probably one of our favorite films of all time. We play many demos alongside the muted trailer of this movie to see if we are hitting the pocket with the mood and tone. The title track is haunting, lonesome and longing, going hand in hand with Travis’ journey throughout the film. Another great one for a late night road trip through Texas.

Roy Orbison – “There Won’t Be Many Coming Home”

Seeing Tarantino’s The Hateful Eight in 70mm while living in London was brilliant. This Roy Orbison song played as the credits rolled. A lesser known song of his, previously heard in The Fastest Guitar Alive. Love it.