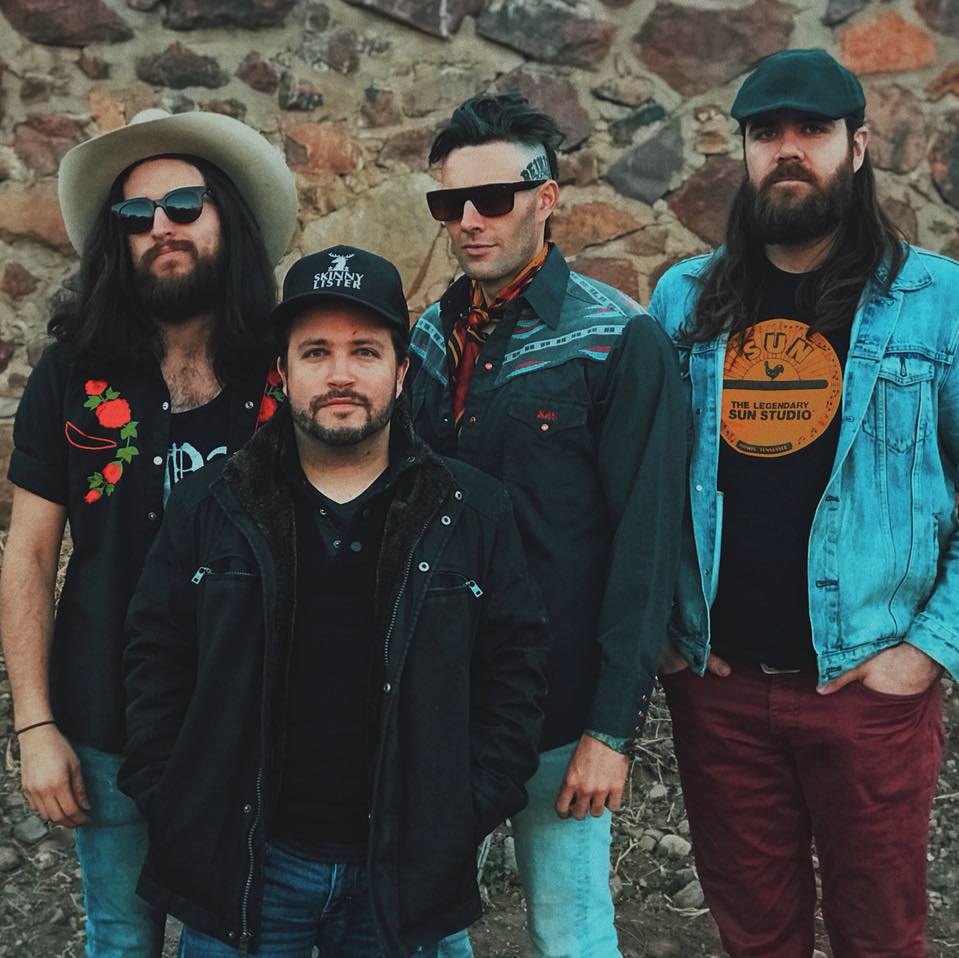 When Mesa Starlight started coming together, there were two roads to take regarding the sound of the album. One: Change up the current formula we’ve been chasing the past eight years and fall into one genre. Two: Double down, highlight each member’s individuality while still creating something cohesive. Never taking the easy way out, we went with the latter. Here are a few songs that consistently spun on the long drives in the van that inevitably influenced Mesa Starlight, lyrically, sonically, and mentally. –Marco Gutierrez

“If I Should Fall From Grace with God” – The Pogues

,The Pogues take songs that can be tender and mellow, and put dirt on them. The band’s style of taking traditional Irish music into the folk/punk realm is something we be always tried to do with American folk and country. We considered covering this song on the album.

Old 97’s, specifically the song “Niteclub,” got me into alt-country when I was younger. We listened to a lot of their catalogue as the album was coming together, but I always came back to this song

One of the best albums and songs I have heard in a long time. This probably got thousands of spins on long drives as we were touring in between recording.

“Dancing in the Dark” – Faye Webster

As great as the original is, Faye proves less is more when dealing with lyrical masterpieces. Nino’s song “Johnny” definitely needed that treatment.

The Lucy was one of the best bands El Paso had to offer. They’ve been a huge influence on me since before The Dirty River Boys was formed. Their final EP, The Lucy Was Here, has been in heavy rotation since it came out a few years ago. Brilliant songwriting.

“Where Have All the Average People Gone” – Roger Miller

The idea that people don’t need to flock to ideological extremes that’s presented in this song paved the way for our song “Mesa,” which deals with a general unrest felt by all sides of the political spectrum.

One of the best summer anthems I’ve heard in a while. Simple, catchy, fun, mean. You can hear how this song influenced “Wild in Our Streets.”

Similar to The Lusitania, The Gaslight Anthem merges ridiculously well-written songs with a delivery that leans in the punk direction.

Around the time this album was coming together I was heavily revisiting the punk albums of my youth. Operation Ivy, Minor Threat, Dropkick Murphys, etc. Against Me! was one of the first punk bands I really fell in love with. The first time I heard this song at was at Warped Tour before they released New Wave. They played this song with such electric intensity. That’s what we strive to bring to our live shows.

The funky country groove on this Terry Allen masterpiece influenced the feel of “Backside of Uppers.”

Another song and album that got thousands of spins on the long drives. Best album of 2017 in my humble opinion.