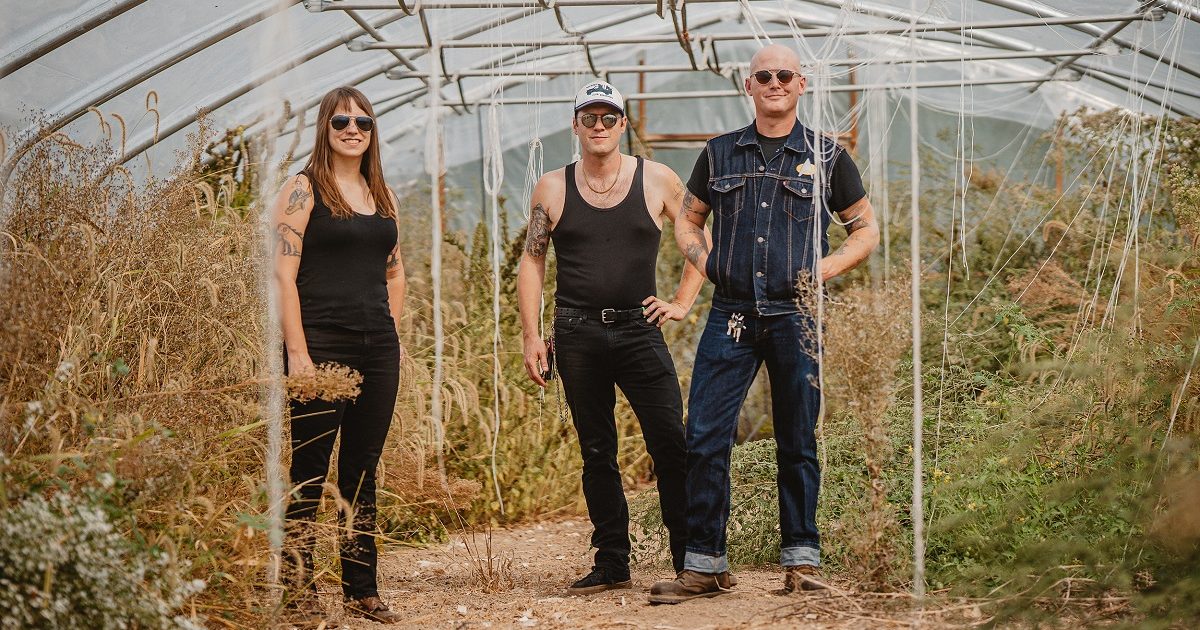 If there’s one thing that connects us to a lot of our road dawg peers, it’s that we don’t fit neatly into a particular genre. In this playlist, we’ve compiled some of our favorite tunes from bands we’ve met and played shows with along the way, spotlighting roots musicians with a heavy punk influence. The combination of punk and other variations of rock ‘n’ roll mixed with blues, folk, string band, bluegrass, and country make for an exciting and energetic reimagining of traditional music. Their spirit, musicality, rhythms, and lyrical themes deliver in a way that can only be achieved by artists who have lived those stories, and whose passions lie at the intersection of outsider music cultures. — The Hooten Hallers

Possessed by Paul James – “Four Men From the Row”

Possessed By Paul James is the stage name of Texas folk musician Konrad Wert, who injects his performances with frenetic, intense energy and raw emotion. An educational professional by trade, he never misses an opportunity to teach the audience something new about their own humanity.

The Tillers – “All You Fascists Bound to Lose”

A core component of both punk rock and folk/roots music is using the platform to spread messages of political reform. This anti-fascist anthem from ‘original punk’ and revolutionary folk singer Woody Guthrie is done here with raw energy and emotion that is inextricably tied to a world where this struggle is more relevant than ever — almost 80 years later.

Northern notables The .357 String Band featured the instrumentation of a traditional bluegrass band and played a big part in inspiring a generation of young punks to pick up the banjo and start pluckin’. The Hooten Hallers first shared the stage with .357 way back in 2008 and continue to do so with projects formed afterward by some of the band’s original members.

A true musical collider, Carrie Nation & The Speakeasy combine elements of bluegrass, jazz, punk and metal. Their songs often feature heavy vocals, drums, and a horn section alongside traditional stringed instruments. “Rümpeltum” is the name of a punk squat and performance space in St Gallen, Switzerland, where this band, ourselves, and many others have played over the years.

Left Lane Cruiser has been a huge influence on The Hooten Hallers ever since Andy and John first saw them play nearly 15 years ago. The effortless combination of traditional blues guitar picking with sludgy, raw metal riffs and powerful drumming make this band an absolute force of nature. Seeing this band live continues to be just as jaw-droppingly inspiring today as it was the first time.

Turning the “trash-grass” up another notch toward punk and metal, this band blends acoustic string instruments with electric guitar, drums, and an energetic and antic-laden show that has become legendary. This band truly embraces the wild and strange, and we’ve gotten to cross paths in some truly wild and strange places around the world over the years.

Soledad Brothers – “Going Back to Memphis”

Soledad Brothers have been a punk blues icon since before they were formed and they forever will be. The first time we heard the saxophone taking the place of bass guitar in this way changed everything, and eventually led to Kellie joining the band. Some chance encounters and a few dear mutual friends led to our eventual collaboration with Johnny Walker, who produced our self- titled record in 2017.

James Leg, moniker of absolute dynamo John Wesley Myers, delivers powerful riff heavy blues rock on a distorted Rhodes piano. To say he has been hugely influential on The Hooten Hallers would be an understatement, and we’re proud he appears as a guest on our new record Back In Business Again. This is his cover of St. Louis proto-punk and alt country legend Bob Reuter’s “Dirty South.”

This St. Louis group had a cult following in the psychobilly and rockabilly scenes of the ’90’s and ’00’s, and served as Exene Cervenka’s backing band for several years. Rockabilly was of course an early roots genre mixer of rock ‘n’ roll, country, and hillbilly music, and its mix with punk’s ideals and energy by the 7 Shot Screamers led to the blowing of many young minds in the sweaty brick rooms of St. Louis and beyond.

Larry and His Flask – “Young Is the Night”

Lightning fast dual leads between guitar and banjo, incredibly tight and engaging vocal harmonies, and a horn section put Larry and His Flask in a league of their own. Larry and His Flask, like many others on this playlist, connected with fans on a global scale through years of intense DIY touring. They are beloved for their musicianship, complex arrangements and chord progressions, and intensely energetic live show. It’s extremely difficult to hold back a smile when this band is on stage.

While the band’s lineup has changed over the years, the constant star of the show has always been the banjo and harmonica leads and circus-like stage antics from frontman JD Wilkes. The chaos that he brings to the stage is much like what you’d expect at a sweaty basement punk show, but after the show he can and will give you a musical history lesson that would rival professors at most institutes of higher learning.

These fellow Midwesterners are definite early pioneers in the melding of traditional bluegrass instrumentation and punk ethos. Split Lip Rayfield’s signature sound paved the way for scores of counter-cultural roots pickers and grinners alike to form their own sounds and take to the highways.

Scott H. Biram, the dirty old one man band, can go from crooning a heartfelt country ballad to exploding into heavy guitar-driven aggression in the brief moments between songs at a show and he’ll have your undivided attention every step of the way. Nodding heavily to the history and style of the great roots and blues musicians that came before him while fusing that with a vibe all his own make him an essential part of this playlist.