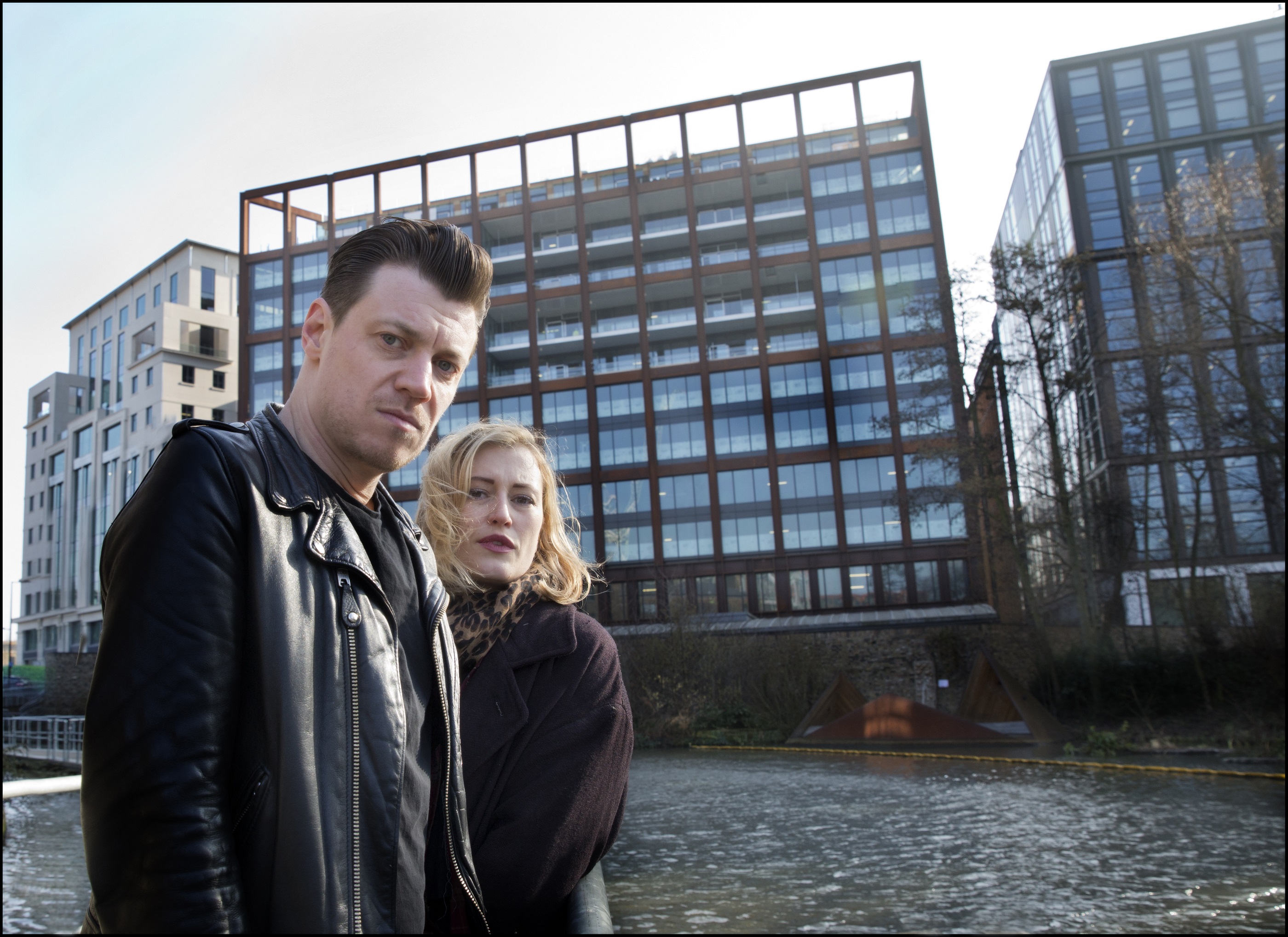 Agreeing on music is difficult in any household. Kami and I get along musically when we’re holding instruments, but our tastes diverge when it comes to what we listen to in our downtime. Elvis vs PJ Harvey, jazz vs metal, my extensive vinyl collection vs Kami’s beaten-up CDs from the 90s etc. But we agree on a few things, and the artists we’ve chosen for this list represent our sliver of common ground.” — The Rails (James Walbourne and Kami Thompson)

The Pogues – “The Old Main Drag”

Where does one start with The Pogues? They are a band that has influenced me so much over the years it’s hard to know where to begin. Their blend of trad, rock, punk, country and balladry mixed with the singing and lyrics of Shane MacGowan is a force to behold. Sticking two fingers up at the trad/folk establishment (Ewan MacColl was none too impressed with their version of “Dirty Old Town’”) their music spoke to me. I think this song is perfect, hard-hitting and still relevant. I spent some time playing guitar in The Pogues and I feel blessed to have done so.

I used to go and watch Tim O’Brien play at The Weavers Arms in London and have always loved the way he would mix Irish and bluegrass music. His singing with Paul Brady on this track is stunning.

Maybe not the most obvious choice for a roots music playlist but I think it valid. I come from a place called Muswell Hill in North London and it just so happens The Kinks come from there too. On the same road the Davies brothers grew up on, a few doors down, is a house called ‘Fairport’ where Fairport Convention started. It was also an old doctor’s surgery where I used to go as a kid. Just behind that is my old school. I like to think there might be something in the water up there. This song is from the classic Kinks record The Village Green Preservation Society and tells of someone longing for the little country village they came from. An English folk song if ever I heard one.

Traditional music played on the harp by Derek Bell of The Chieftans. It’s beautiful.

This record blew my mind when I first heard it on the radio a number of years ago. Just when you thought you’d heard your last great guitar player something like this comes along. Every guitar player should hear it. Tragically, Nic was involved in an automobile accident some years ago which left him unable to play anymore.

We’re both huge fans of harmony singing in general (all the bluegrass brothers, Stanley, Louvin, Delmore, etc) but perhaps our favourites will always be The Everlys. Perfect mix of pop and country.

One of my favourite songs from the Jay Farrar canon. Another musician who can blend folk, rock, country and blues into something unique. This particular track is classic country-sounding but there is something other worldly about it that makes it timeless and haunting. This lineup of the band was a huge influence on me and we even had the great Jim Boquist playing bass on our most recent record, Other People.

Nick Drake – “Time Has Told Me”

I think we both had a go at playing Nick Drake songs long before we met. I for one could never work out the tunings but Kami had them all figured out, which left me begrudgingly impressed. This track is the opening song from Five Leaves Left. It’s a great antidote for homesickness as I find you’re immediately transported back to an English garden the moment you put it on.

Lal and Mike Waterson – “The Scarecrow”

This album is a masterpiece of oddball Britishness. The songs are exceptional and the singing is sublime – Mike is one of my Favourite Ever Singers. I’m lucky enough to know and sometimes sing a tune with Lal’s daughter, Marry, who is also a gifted songwriter.

Martin Carthy – “The Trees They Do Grow High”

Martin and my mum, Linda, used to share a flat off the Archway Road in the ‘60s or ‘70s. So Mum says, anyway. The Waterson/Carthys are the undisputed First Family of Folk. James picked up an old Martin Carthy vinyl at a record store near our old flat, a short walk from the Archway Road, and this song was on it. It’s mesmerising. We learnt it from Martin’s album and put our version on the Australia EP we put out a couple of years back.

Richard and Linda Thompson – “Did She Jump or Was She Pushed”

My mum and dad. I love mum’s vocal on this and it’s one of Richard’s poppiest, ear-worm choruses. Love it. Maybe they’ll put it all behind them and get back together!

Alasdair is a Scottish folk musician of enormous critical acclaim who, he probably won’t mind me saying, hasn’t exactly bothered the charts. He’s far too clever to be popular. His songs are intricate, academic, beautiful. I often make notes at his shows – reminders to self, scratched on bar mats, to read more books.

I don’t know anything about him, and haven’t heard of any releases since this came out, but this song is pretty much perfect. Whenever it pops up on shuffle I listen to it two or three times.

Kate and Anna were always on the stereo when I was a kid, both of my parents would play their records. Maybe the records they both played was one of the few strands of continuity I felt moving between their respective homes as a child. I love the McGarrigles’ music still and now I get to listen to (and love) Rufus and Martha’s music through a prism of assumed familiarity.

This song is so evocative, it hurts. I feel the Celtic blood surge in my veins as the tune soars and soothes. It brings my heart almost to bursting every time I hear it. Also, Cathal seems to almost never stop for breath, which is a marvel in itself.