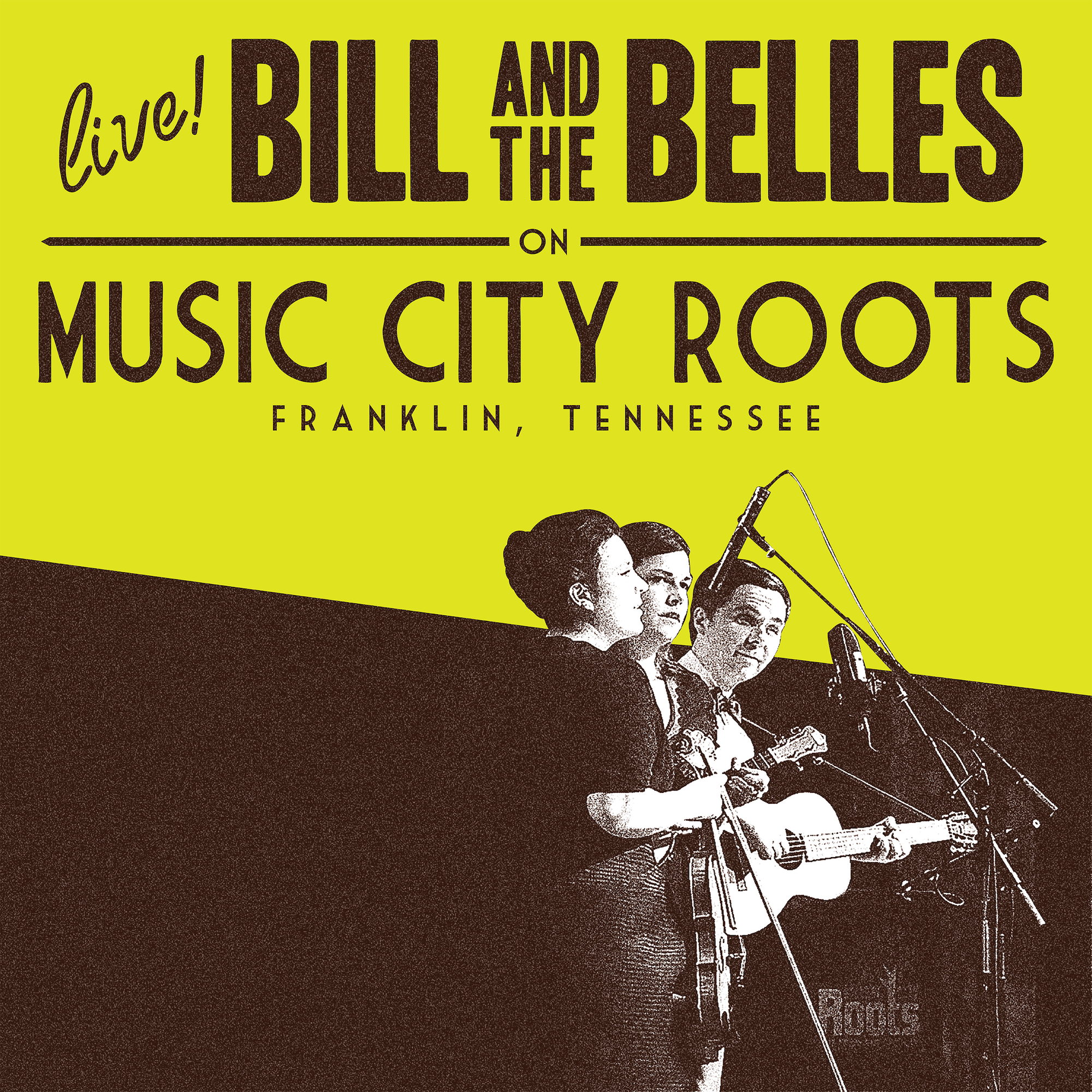 Since its inception eight years ago, Music City Roots has become an institution — for Nashvillians, it's one of the best places in town to catch amazing live music; for the United States, it's perhaps the only way to enjoy the best and brightest roots musicians from the comfort of home, whether online or, since 2013, on PBS. Now the famed show is bringing you yet another way to enjoy great roots music: their new live album series.

Kicked off in June with a release from Johnson City, Tennessee, band Bill and the Belles, the series brings listeners a handful of songs recorded at a recent Music City Roots broadcast. The inaugural release features seven songs and is available across a variety of digital platforms, including Spotify and iTunes.

According to Music City Roots associate producer Ashlee-Jean Trott, whose background prior to joining the Music City Roots team in 2010 was in artist management and music festivals, the idea came to life after she attended DelFest and saw fans' excitement over getting to purchase live festival recordings shortly after they happened. "We have so much content every week, and we have a very large fan base that comes to the shows every week and watches online," Trott explains. "They always want to hear the music afterward."

Trott and her team decided that the series would be selective, with a goal to release one album every two months instead of releasing recordings from each week's show. She hopes that frequency can increase to once a month in 2017.

"I book the bands for the show, so usually I know what all the bands sound like before," she says. "Usually, the bands that blow me away or blow our crew away at the show are the ones that we choose. So, this first band that we did — Bill and the Belles — I had heard them at IBMA and I really liked their music and I booked them on the show. But when they played at the show, it was one of those moments that I’ll never forget. It was just so good and the audience gave them a standing ovation. Those are the kind of bands we want to do a live album on, some kind of special moment we had on the show. "

The process for artists selected for live albums is simple enough, with Music City Roots and each artist splitting revenue from digital streaming and sales 50-50, after the cost of mixing is taken into account. "The cost is very low because we’re already recording it at the show, so that isn’t a cost," Trott says. "It’s just mixing. Once that cost is covered, we split the money down the middle with the artist for digital sales. We also give the artist the option to print the album physically for free. If they want to print it, they have to pay for the printing, but we don’t take any money from that."

Currently, the Music City Roots team doesn't plan to release physical versions of the albums themselves. They're hush-hush about which artists they plan to tap for future live albums, but Trott assures they're exciting picks. And with the hundreds of submissions Trott receives from hopeful artists on a monthly basis, there's no shortage of material to cull from. She cites the live album series as being "all about artists and making their careers explode," a feat they've already accomplished numerous times through their regular weekly shows and broadcasts.

"I saw St. Paul & the Broken Bones in Birmingham," Trott says. "I grew up in the same town as Paul Janeway, so I already knew the band, but I didn’t know the music. I saw them at a club called the Bottletree Café in Birmingham before anybody knew who they were. There were maybe 30 people in there. I went up to the bass player and said, ‘Y’all need to come play Music City Roots.’ And he said, ‘No, no, we aren’t ready.’ I booked them on the show a couple months later and I invited a bunch of people out and they ended up getting signed on that show with Traci at 30 Tigers. They were opening for John Mayer a couple months later."

So keep an eye out for the next live release from Music City Roots … it just might be the next great album from the next big thing.