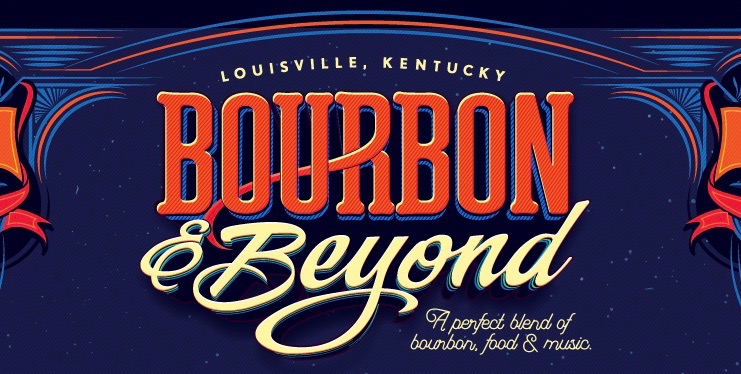 Yes, bourbon and great music (and, in our case, bluegrass!) are all givens at Bourbon & Beyond this weekend in Louisville, Kentucky, but the culinary and libations programming might be somewhat unexpected to even the most seasoned festival goers. Do yourself a favor and make a point to consume — literally and figuratively — some of the incredible gourmet talent that makes Bourbon & Beyond truly an event that goes above… and beyond. Here are our top picks for must-see food and drink events for B&B 2019:

Jose Salazar is a chef and restaurateur based in Cincinnati, Ohio, so it’s a quick jaunt down to Louisville to be a part of Bourbon & Beyond. Originally from Queens, he got his start in restaurants around New York City, most notably working with Chef Thomas Keller for a four-year stint at Per Se and as the Executive Sous-Chef at Bouchon Bakery when it first opened its doors in 2006.

This will be the third year in a row that Jose hosts a cooking demo at Bourbon & Beyond (we even interviewed him at last year’s festival for an episode of The Shift List), so the B&B veteran will be mixing things up by inviting the award-winning pitmaster Matt Abdoo to join him on stage. Matt’s BBQ joint Pig Beach is a staple in Gowanus, Brooklyn, so it’ll be fun to see how Chef Salazar incorporates Abdoo’s pit techniques into his demo.

Chef Justin Sutherland hails from St. Paul, Minnesota, where he’s the owner and executive chef of two restaurants, “Handsome Hog” and “Pearl & The Thief” – both contemporary Southern restaurants. He gained national attention by competing on last year’s season of Top Chef, which just so happened to take place in Louisville,  and recently competed and won on Iron Chef America.

This will be his first appearance at Bourbon & Beyond, and he’ll be joined onstage throughout his demo by Ben Jaffe, the creative director of Preservation Hall in New Orleans, who also plays tuba and double bass with the Preservation Hall Jazz Band and will be performing a set of their own earlier in the day at noon over on the Oak Stage.

Yes – this is the same Tiffani Thiessen that spent her teenage years playing Zach Morris’s on-again/off-again high school sweetheart Kelly Kapowski on Saved By The Bell (now sans her middle name ‘Amber’). That said, over the past few years, she has remade herself as a cookbook author and host of the Cooking Channel series ‘Dinner at Tiffani’s’.

Making her debut appearance at Bourbon and Beyond, her cooking demo is sure to attract die hard SBTB fans and home cooking aficionados alike.

Even though Chefs Kelsey Barnard Clark and Sara Bradley made their television debuts on Top Chef: Louisville, the two Southern chefs had worked and known each other around kitchens for over a decade.

Barnard Clark, an Alabama native who went on to win the competition, and Louisville hometown hero Bradley, who placed second, are taking their longtime friendship to the stage for their Saturday evening cooking demo. After watching them compete against one another for an entire season of television, it will be fun to see them working together.

Sunday’s the final day of Bourbon & Beyond, so it might as well be spent in the pursuit of enjoying as much Bourbon as possible. Over at the Kentucky Gold stage, Beth Burrows, a brand ambassador for Jim Beam, and ‘master taster’ for Old Forester Jackie Zakan will be debating which classic bourbon cocktail reigns supreme. The Manhattan and Old Fashioned will face off for cocktail supremacy, although we’re pretty sure it’s just a good excuse to sample both in one sitting.

Enslaved people helped build the foundation of American whiskey, and a panel of historians and experts will be gathering to tell some of their stories. Led by renowned whiskey connoisseur Fred Minnick, the panel will include Clay Risen, a food editor for the New York Times, and Bourbon Hall of Famer Freddie Johnson.