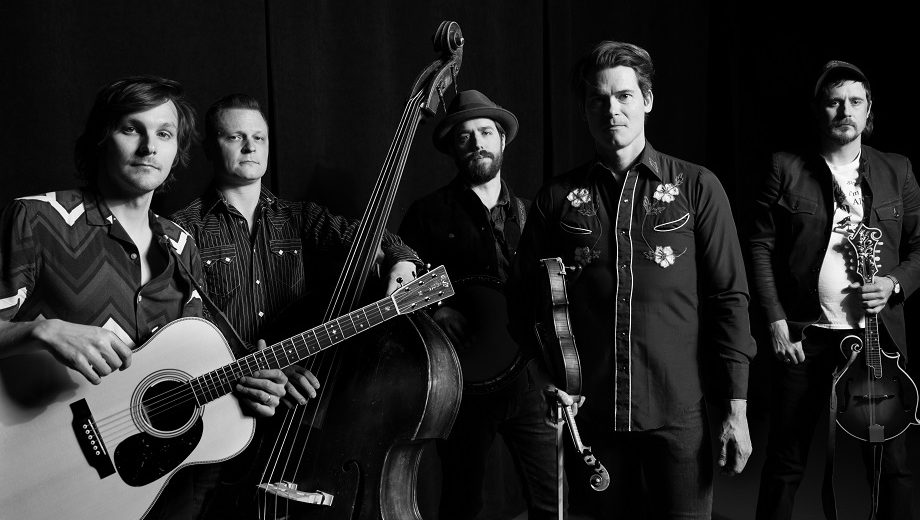 In Ken Burns’ documentary opus Country Music, a weaving path from the hollers of Appalachia to Garth Brooks’ theatrical stadium concerts was laid out for all to see. But mapping that trail has always been a complicated, cumbersome task.

The sheer number of influences at play required 16 hours of footage for Burns to tell the story – and lots of help from the artists themselves. One of those artists was Old Crow Medicine Show’s Ketch Secor, who gladly jumped in to tackle the unwieldy narrative of his favorite subject.

Secor had a two important roles to play in the series. Most obviously, he related a lifetime’s study of country’s earliest touchstones and how they combined into something uniquely American. But the outspoken frontman was also tapped in the beginning of Burns’ process as a behind-the-scenes consultant, helping guide the project’s tone and ultimately delivering one of its final and most powerful lines.

Backstage at the Grand Ole Opry House on the night the series premiered, Secor explained what the project meant to a history buff like himself, and how Burns unwittingly played a role in Old Crow’s founding.

BGS: Old Crow Medicine Show’s music has always shined a light on the past. What made you interested in that to begin with?

Secor: I was always interested in history, and I really attribute that to Ken Burns – I saw The Civil War when I was 11 years old. I lived in the Shenandoah Valley, and I wondered why the kids went to Robert E. Lee High School and why we played Stonewall Jackson, why the name of the shopping mall and the subdivision and the motel was what it was — it was all the war. It was everywhere, and we took some field trips but I didn’t really understand it. I could feel this echo, though. Seeing that movie on PBS really helped me to take this tour of my own backyard and see how history was alive. I credit that to him.

Knowing how deeply you care about country music’s history, what did you think when you found out Burns was going to present it?

I thought immediately, “Thank God. Finally somebody is going to tell our story and get it right.” I don’t trust any of these people to our story [gestures to photos Opry stars dotting the dressing room walls] because they’re all right in the middle of it. Everyone here has a very, very different story, and everybody has “The True Story” — but only their truth. Country music is richer than any one truth, so it takes an outsider’s perspective because of Nashville’s tendency toward this clan-ishness, the good ol’ boys network and these sorts of forces.

I mean, we’re the genre that has told its own history ever since it started. The radio charts today are full of songs about the good old days — and they’re talking about the ‘90s. That’s the good old days now. But it doesn’t matter, whatever the good old days were, the ethos here is that times ain’t like they used to be, they used to be better. That’s what they’ve been selling from the start, but they can’t tell our history without making it a commodity. So it takes this outsider, and you can’t ask for a better outsider than America’s most beloved documentarian, because he was the outsider who told us how jazz was born and flourished, how baseball was created, the Roosevelts, the National Parks, the Brooklyn Bridge. Country music is just as important as all that.

What did they actually ask of you?

I talked about slavery and the plantation system, the penal system — because incarceration was a great cultural conversationalist. It kept people locked up in isolation, which is one of the keys to making country music so rich. How long did the Scotch-Irish people live in Appalachia before being disturbed? Well, the great disturbance comes in Bristol in 1927. The record companies came in and said “Whaddya got?” And what they had was so specific to one region that it might sound different one holler over.

Then I talked about the Opry, and then I tried to talk about more New Age-y hip-fangled things, but they didn’t use any of that [laughs]. The other way I’ve been involved is by being an advisor to the film, so I read all the early scripts for the past eight years. But it was great, they just asked me, “How would you tell the story? Where was the birth? Who was important to mention?”

This has been in the works for eight years?

Yeah, he conducted like 140 interviews, and of that maybe 50 or 60 of his interviewees have died. See, the other thing about Ken is he knows when it’s time to tell a story, and by doing the story when he did, he was able to get Little Jimmy Dickens, Merle Haggard, numerous artists who wouldn’t be here — George Jones is in this film.

Did you get surprised by anything?

Oh yeah, a trove of knowledge is in this documentary, I learned a ton. And lots of things made me cry. What I learned primarily was a real self-reflective thought of, “Oh my God, this is my life.” I think almost all of these folks on the wall are in the movie, and when they watch they’ll be crying, too, because they’ll see themselves in the Bristol Sessions. They’ll see themselves at the earliest days of the Grand Ole Opry, they’ll compare themselves to the Outlaw movement and the traditional movement of the ‘80s, the development of the star system, and contextualize their own career.

You talked about isolation. We’re in this weird moment where country is more popular than ever, but rural life is changing fast. It’s easy to connect with people all over the world. How does the film address that?

One of the things that’s great about the film is that it stops around 1996, because Ken Burns isn’t a journalist, he’s a documentarian. He’s not making a movie about today, and here’s why: Historians say you’ve gotta have a generation pass before you can tell what happened. I just think it’s gonna go a lot deeper than anybody could say right now.

Like if you told the story of why Randy Travis mattered in 1986, it would be a lot different. And also the forces that are at play in country music, they need time to gestate for us to understand what they’re saying. Who’s gonna last? Who are we going to be talking about in 25 years? Blanco Brown? Chris Stapleton? Who’s gonna have their picture on this wall in 25 years? I don’t know.