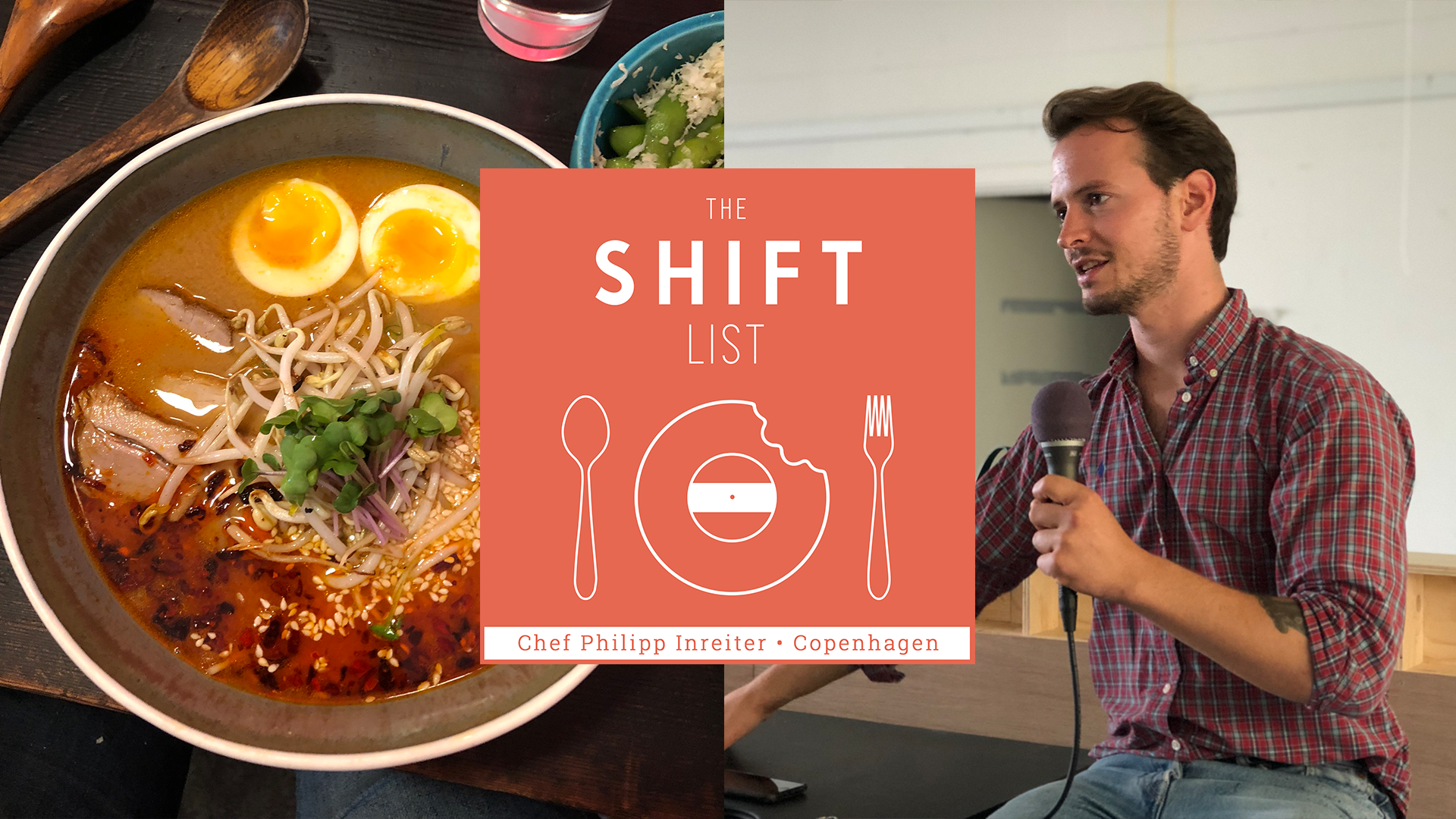 Originally from Austria, Philip has worked in kitchens around the world, most notably getting his start at noma, which originally brought him to Copenhagen, and took a detour to work in Tokyo where he discovered his love for ramen while apprenticing at Konjiki Hototogisu, one of the best ramen shops in Japan.

He soon returned to Copenhagen and worked for a while at Chef Christian Puglisi at Relae, and opened Slurp Ramen soon after to fill what he considered to be a void on the wintry city’s culinary scene.

The result is an exceptional bowl of noodles, served in a relaxed, fun, and tight atmosphere, and going through the experience of opening his own restaurant has led Chef Philipp and his collaborators to start an entirely new project called Informal – a tech-forward company that aims to be the Airbnb of the food world.