Raised Along the Country Music Highway, Brit Taylor Was Bound for Nashville 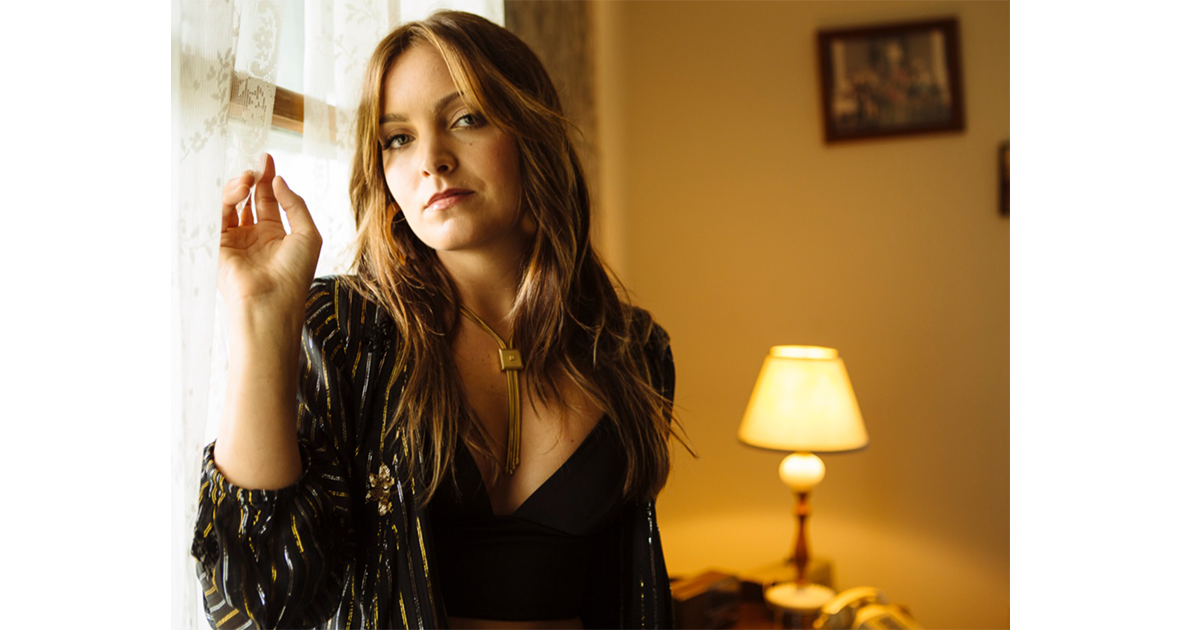 An exquisite singer who is undeniably country, Nashville singer-songwriter Brit Taylor is taking a stand for herself in her debut album, Real Me. It’s an intriguing collection of original songs that position the East Kentucky native as one of Americana music’s most promising artists. After a number of setbacks, ranging from the demise of a marriage to the end of a publishing deal, she contacted producer Dave Brainard to talk about a fresh start. Around the same time, she met Dan Auerbach, who encouraged her to sound like a traditional country singer, even though she’d been told for years that nobody was buying that kind of music anymore.

Emerging from a cloud of depression, Taylor channeled her emotions into song. Then she released Real Me in November, staking her claim as an artist that proudly honors her roots without sounding stuck in the past. Songs like “Waking Up Ain’t Easy” and “Broken Hearts Break” echo her true country influences, too. Talking by phone from her farm, with a few goats roaming nearby, she told BGS about the journey.

BGS: You’ve said that your family wasn’t very musical, but was there music always around as you were growing up?

Taylor: Yeah, I grew up in Eastern Kentucky, right by the Country Music Highway, US 23. So, the culture of country music is super rich around Eastern Kentucky. I grew up singing in the Kentucky Opry Junior Pros in Prestonsburg, Kentucky. I was always singing and playing music every weekend of the summer, and through the Christmas season.

It’s kind of like something you would see in Branson. Back when I was a kid, it was booming and tourism was really rich around there. We would sell out shows every Christmas and have to add matinees. I felt like I was in the big time when I was a kid! [Laughs] It’s a really nice theater, too. I saw my first concert there, and it was George Jones. I played there for 10 years, and then I moved to Nashville and started playing tiny bars! It was such a shock, The Junior Pros opened up for the older members who were in the Kentucky Opry. What I was in was just kids. I don’t think anybody was older than 18.

When did you learn to play guitar?

I learned to play guitar in my senior year of high school. I had a vocal coach and I was taking piano lessons. He knew I wanted to move to Nashville. I was very [eager to move]! I was always playing by ear, and I was always frustrating him, because I hated to read music. One day he said, “How are you gonna pack this piano around Nashville?” And I was like, “Well, I don’t know.” He said, “You’re not going to make it in that town unless you learn how to play guitar.”

And I went home and I was like, “Mom, you have to buy me a guitar. Now.” [Laughs] We went to the music store and she didn’t know anything about music. The guitar was a hundred bucks, or two hundred bucks, and my mom said, “I am only spending $50 on this guitar.” I told the guy at the cash register that I would sing him any song that he wanted if I could have that guitar for fifty dollars. I sang him a Fleetwood Mac song and he let me buy the guitar.

You had to overcome a lot of setbacks to get where you are. How did you stay focused and inspired to keep going?

I don’t think I ever thought about the option of quitting. It’s always just been there, that this is what I want to do. There’s never been any other thought. It was hard at times, but it was never like, “I want to do something else.” This is just what it’s always been. I don’t picture life any other way.

What kind of lessons did you learn from your family? Were they good at teaching you a work ethic, focus, and dedication?

Oh yeah. My dad’s an entrepreneur and he was always going against the grain, working for himself. A lot of people don’t understand that, but I came from a family that understood being an entrepreneur and chasing your dreams at all costs. He was also a martial arts instructor and that’s how he got started. So, he always taught me how to fight, whether it was in a karate match, or in real life.

Did you take lessons in martial arts as well?

How much of this dream you had was about songwriting as well? How important was it to develop your voice as a songwriter?

Oh, I wrote my first song when I was 13. It was terrible, but it came so natural. The structure came natural. I think I had listened to so much country music at that point, it had to come natural. Yeah, I moved to town to write songs. I wanted to be an artist, too, but I definitely wanted to write my own songs. It’s always been a dream to have other people record my songs as well.

Who were some of your heroes when you moved here?

Patty Loveless. I love her. She’s one of my favorite artists. Darrell Scott, and lots of songwriters, too. I grew up listening to a lot of Elvis and oldies. I sang a lot of Patsy Cline and Loretta Lynn growing up. The Judds, Dwight Yoakam, all those Kentucky artists.

Were you listening to the words even back then?

Every single word. My dad’s favorite story to tell is about when we were on the way to Myrtle Beach. I was always my dad’s little sidekick and I would sit in the front seat while my mom and my brother would nap in the back. We were listening to Sam Cooke. The line in the song was, “My baby’s gone and she ain’t coming back.” And my dad called me his baby. I was 4 years old, and I think I thought that song was about the man’s daughter. Dad said he looked over and saw me crying, and he said, “What’s wrong, baby?” And I said, “Why won’t his baby come back to him, Daddy?” [Laughs] I’m just sitting over there bawling, listening to Sam Cooke, and it’s not even about what I thought it was about, but it hit me.

Did you go to college in Nashville?

Murfreesboro. I moved here to go to school for music business at MTSU.

What do you remember about those early days, finally being so close to Nashville?

Oh my gosh, it was the best time of my life! I felt like such an adult. I’ve always been a little ahead of myself, I think, and just being on my own, getting to make my own decisions because I’m really independent, was just the best time time in my life. I had already started writing songs and co-writing songs, and I was just ready.

I moved here when I was 19 and I remember that feeling of excitement. It feels like the whole world is in front of you.

Oh, it does. That’s the cool thing about living on the farm, too. I remember when I would drive from Murfreesboro to Nashville, or Kentucky to Nashville, seeing the skyline of Nashville is so exciting! It’s just glorious! It still makes my heart drop because I’m not in it every day. So when I get to drive to town, it’s still really special.

Are you living on a farm now?

Yeah, I live out in Mount Juliet, outside of Nashville, and I’ve got a little over three acres. And I adore it! I don’t know if it’s because I grew up this way, but there’s some kind of peace about it when you can be out in the woods. I’m an animal lover. My next thing I want to get, with these goats, is these miniature donkeys. [Laughs] And you can’t really have those in Nashville.

Where did that love of animals come from?

Oh, I’ve always had animals. My dad’s a big animal lover. And his dad had llamas, emu, ostriches, donkeys, horses… I mean, he was always getting some kind of crazy animal. And apparently I’ve taken on that role in the family.

I think animals can bring comfort in stressful times. Is that the case for you?

Yeah, I can’t look at these little Pygmy goats and not smile. They’re just hilarious! And they make me happy. The music industry is full of ups and downs, and life in general is full of ups and downs, and it’s so easy to walk outside and be grounded in nature. It’s just being in nature and watching the animals running around, because they don’t have to think about anything. They’re just hollering for some more hay.

When you listen to Real Me now, what goes through your mind?

I’m grateful. I just listened to it and I’m grateful. I’m just as much in love with this record as I was in the process of making it. I still listen to it and get butterflies.