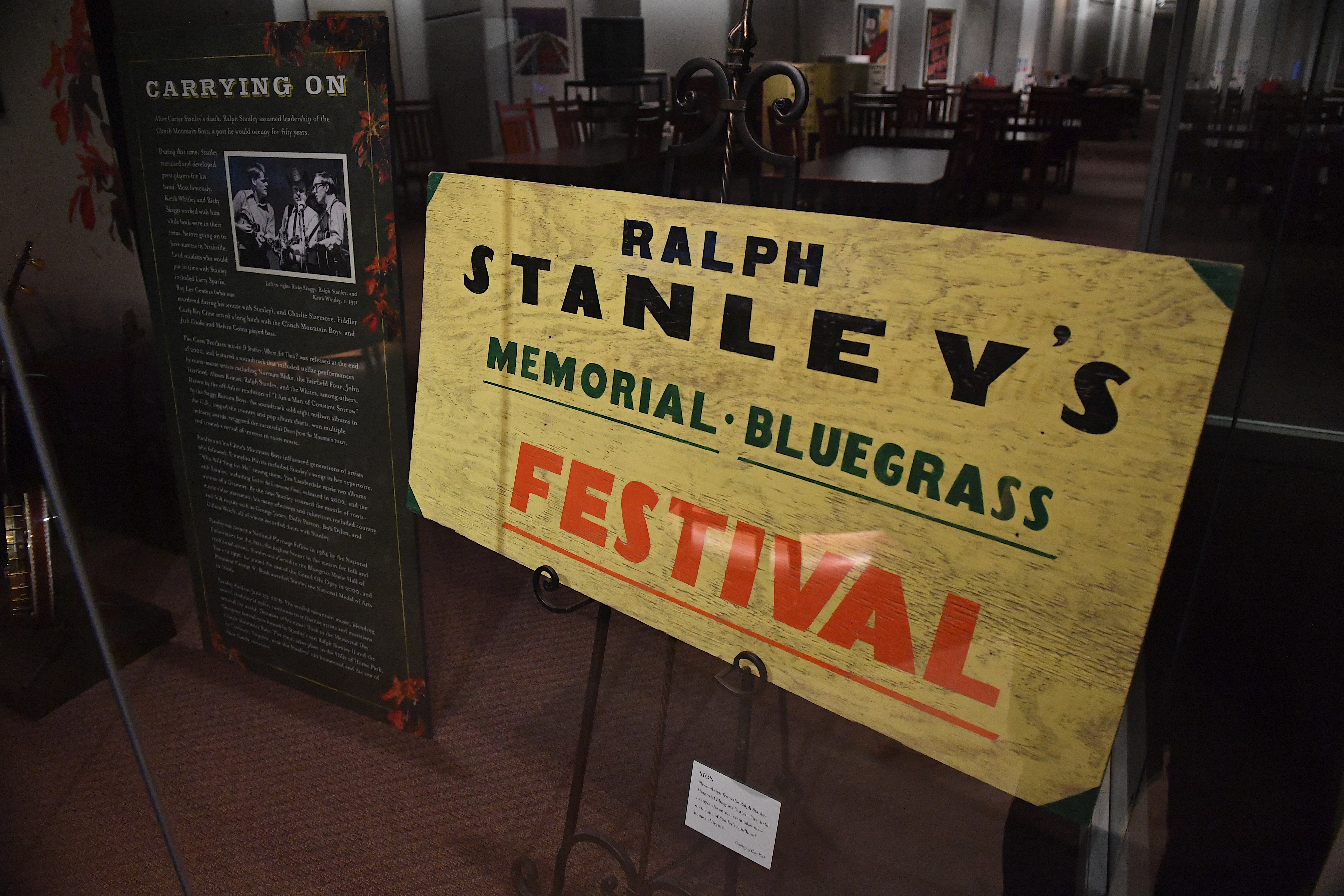 The Country Music Hall of Fame and Museum is shining a light on a bluegrass legend in the new exhibit, Ralph Stanley: Voice from on High. Presented with the participation of the Stanley family, the exhibit will remain open through January 9, 2019.

For generations, Ralph Stanley found a home in bluegrass music, starting with the influential recordings made with his brother Carter as The Stanley Brothers. Following Carter’s death in 1966, Ralph’s own journey led him to the Grand Ole Opry and the Bluegrass Music Hall of Fame, with national recognition ranging from the Library of Congress to the Grammy Awards.

“I just want to say that I’m so glad to see this happen for Dad,” said Ralph Stanley II at the exhibit’s opening party. In his remarks, he remembered receiving a banjo from his father as a boy, although ultimately Ralph II ended up gravitating toward the guitar. Ralph II reminisced about falling asleep to the Clinch Mountain Gospel album while growing up – a ritual that led to dreams of sharing the stage with his father.

“Thanks to the good Lord, I got to do that,” he stated. “There’s been a lot of great banjo players and a lot of great singers. But nobody could play it with the emotion and feel that Dad had. That’s for sure.”