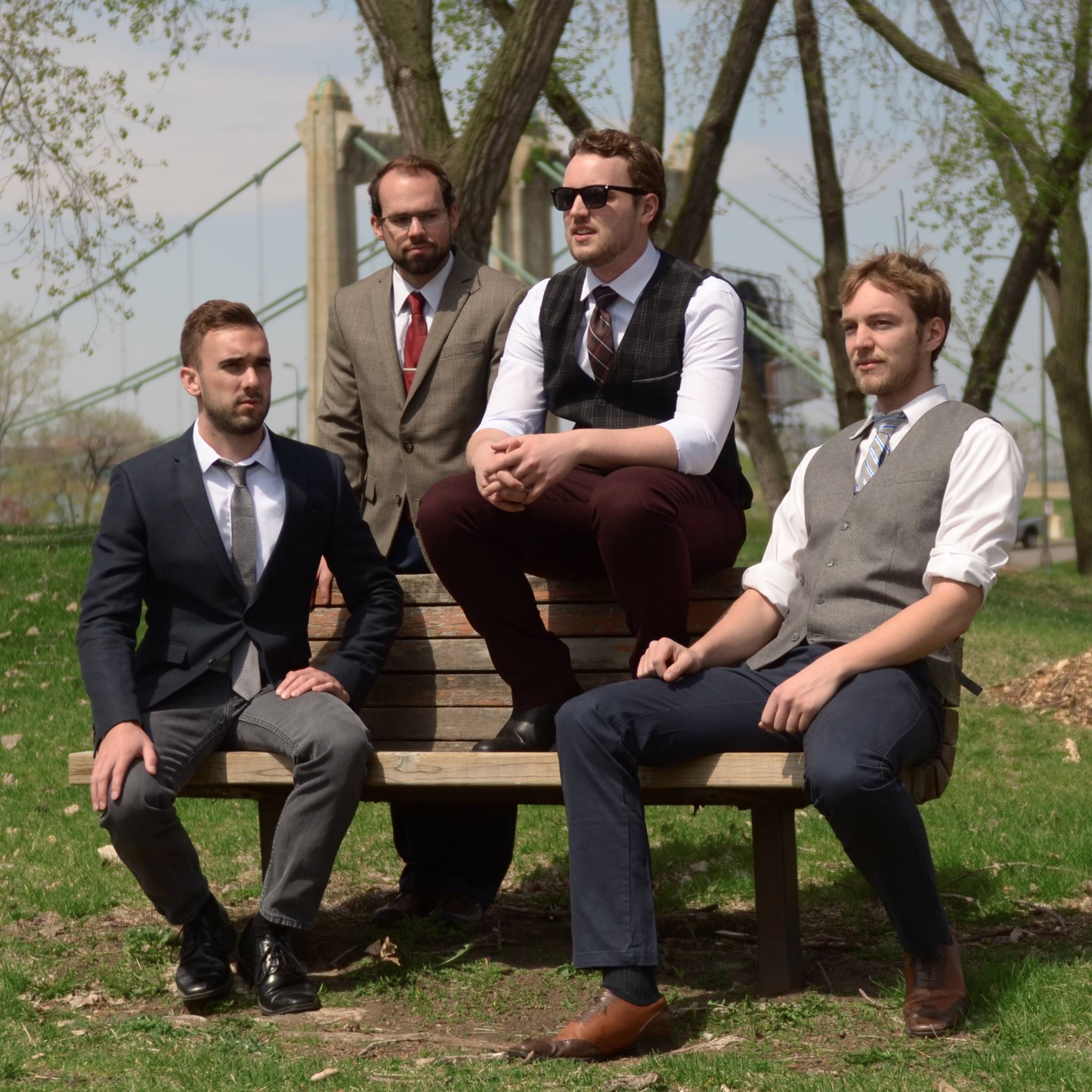 Pizza: Dulono's Pizza in Minneapolis has always been our home. They've hosted bluegrass music since before we were born, and we've been playing there and enjoying their incredible thin crust since before we could drive.

Burger: Whenever we drive through Rochester, Minnesota, we make a point of stopping at Newt's. They claim to have the best burger in town, but we think that's an understatement. Great tap selection, too.

Health Food: Every band knows how hard it is to find wholesome food out on the open highway … because there's only so many times you can stop at Subway. We like to find a grocery store and stock up on Clif Bars and sweet potatoes (you can microwave them in your hotel room).

Coffeehouse: We used to record in NE Minneapolis, which has its fair share of coffee houses (although the number of breweries might be overtaking it). Our go-to stop on the way into the studio or out of town is Matchbox Coffee. Look closely, it's small. About as small as a matchbox, but the coffee is perfectly hot and fresh. We dare you not fall in love with this place.

House Concert: Last Winter, we found ourselves in Michigan's UP on a bitterly cold February afternoon. Thankfully, we were playing a house concert at the Rainbow's End Alpaca Farm in Norway, Michigan. It was more than enough keep us warm. Pack a bluegrass band, a bunch of shelves full of alpaca wool products, and about a hundred people into a tiny gift shop, and you'll forget it's only five degrees outside! The Full Moon House Concert series was incredibly welcoming and hospitable.

Day Off Activity: Fishing brings us together on our off days. We could be on a lake up north or down on the river, but we're always looking for fishin' holes while touring around. We usually fail to plan for the discovery of an enticing stream, though, so "We should have brought our fishing poles!" is one of the most common things we say.

Car Game: You'll typically find everyone asleep except the driver (hopefully), but if we're feeling restless, we'll flip through the radio channels and compete to see who can name the band first. Our guitarist Clint usually wins.

Music Festival: A highlight of every year is the Laughing Waters Bluegrass Festival. It's in Minnehaha Park, the crown jewel public space of a city renowned for its parks — Minneapolis. There's an incredible waterfall, biking, fishing, miles of trails, and, every year on Labor Day, a free bluegrass festival with a huge turnout. Seriously … so many people come to this thing, it's almost like everyone has the day off of work. There's always a great lineup, awesome food vendors, and perfect weather (knock on wood).

Tour Hobby: Sometimes you find yourself with time to kill in a city you know nothing about. We take this as an opportunity to stroll the streets and explore. We usually end up in a local brewery or at a park. Recently, in Viroqua, Wisconsin, we stumbled on Eckhart Park which must be the quaintest thing we've ever seen. It's on a wooded hillside with a city time capsule cemented into a rocky outcropping which overlooks a baseball field we played some softball in for a while.

Backstage Hang: The Rochester Civic Theater is home to the Americana Showcase series and also a fantastic backstage. It's one of those classic spaces underneath the stage with a bunch of squishy old couches and posters for former productions. It's got a great energy, and the bands hangout together before and during the show. The last time we played this series, we were finally old enough to join in the ceremonial tequila shot that starts off every show.

Listening Room: Our claim to hipster cred is that we thought the Punch Brothers were cool before anyone else. We saw them a couple times back on their first tour when they came to the Cedar Cultural Center in Minneapolis. When they come to town now, they play First Avenue or the State Theater, but it was extra special to see them at the Cedar. It's an intimate setting, and everyone sits down with rapt attention for the musicians. The sound is top notch, and you can usually meet the band.

Driving Album: If you want to ride along with us, you'd better like Nickel Creek, cause we'll be listening to A Dotted Line … a lot.